ReVolt Technologies LLC, a Swiss battery company founded in 2004 as a spin-off of SINTEF, Norway, is moving its headquarters to Portland, Oregon. Initially targeting the consumer electronics market with their zinc/air battery (compare to the lithium/air batteries IBM is researching – see “Big Blue and Blue Sky Thinking” October 25, 2009) in a grant request to the U. S. Department of Energy for $30 million for research on making large format versions of the battery for vehicles.  The company has an alliance with chemical giant BASF. 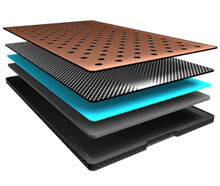 Generally seen as primary batteries in hearing aids and medical devices, zinc/air batteries are not normally recharchable because the zinc forms dendrites that penetrate the battery separators and short circuit the battery. The battery itself dries out, and oxygen formation deforms the electrode. ReVolt claims to have control of these factors and to be able to develop a longer cycle life and high performance.

Metal/air batteries are being developed by several start-ups and established entities.  We’ll be following these developments in future entries.