Sekisui Chemical Co., Ltd. makes a wide variety of plastics, films, and active chemical components.  Whipping up something light and powerful in their kitchen must often be a matter of tossing available ingredients into a new recipe.  In this case, they’ve come up with something unique and potentially highly useful. 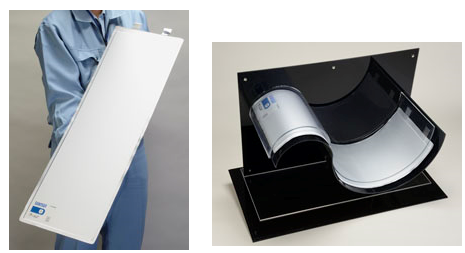 Flat panel battery can assume a great many shapes

Their research and development center director Satoshi Uenoyama announced “a high-capacity film-type lithium-ion battery “using a coating process that has simultaneously tripled its capacity (compared to other Sekisui Chemical products), increase its safety (as a result of standard safety testing, e.g. no problems with nail penetration tests or crush tests) and speeded up production by ten times (compared to other Sekisui Chemical products).”

The company continues comparisons with its products, suggesting lithium-ion conductivity for the new battery is 10 times that of other Sekisui Chemical products.  They claim “enhanced safety” through the use of a high-performance gel-type electrolyte, which because of its high viscosity, can be spread onto the battery’s film materials as part of the manufacturing process.  Sekisui claims 10 times greater productivity using this gel, which should reduce prices for future batteries.

Within limits, intricate shaping seems to be no problem

The resulting battery, even with a jelly-like electrolyte, is not the jelly-roll type configuration that many cylindrical batteries resemble, but a long, wide, slim product that looks more like sheet metal or plastic. “The assumed size of film-type lithium-ion batteries,” according to Sekisui,” is currently 200cm long, 30cm wide, and 0.3-5mm thick (however, the size will differ according to the design capacity.”   It has high volumetric energy efficiency, filling only one-third the space of an equivalent lithium-ion battery for the same energy stored.  The company says the battery can be “installed in any shape or form, giving rise to a large number of applications in automobiles, houses, appliances and so on.”

Their hoped-for “overwhelmingly high productivity” is part of a company mission to help expand energy storage for homes and transportation, something they see as necessary to Japan’s ongoing need for domestic energy creation, renewable energy, and clean energy utilization.

Their research process is an aggressive one, as evidenced in their flow diagram of the technologies they are developing and their hoped-for benefits.

Sekisui Chemical intends to provide samples “from around summer 2014, “and “to reach the markets in FY2015 after testing and evaluation.”  The obvious performance and economic advantages of the technology will, if they turn out to be as good as early pronouncements, have a profound effect on energy storage and application markets.

The news has certainly been good for Sekisui, with its stock prices jumping 20 percent on the news of its battery breakthrough.  That should provide plenty of development capital for further research. 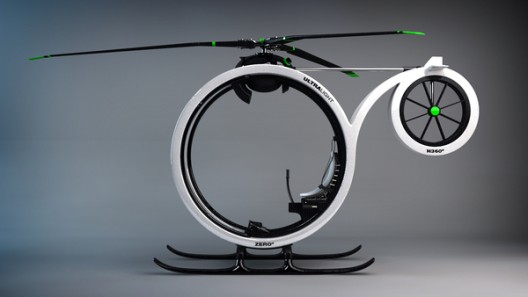 Blog reader Marshall Houston, a mechanical designer, shared pictures of a small helicopter drawn by industrial designer Héctor del Amo that could take advantage of the flexible nature of the new batteries.   The potential for applying this technology in new and exciting ways becomes readily apparent. 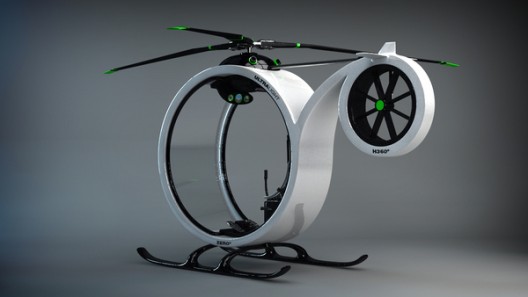 Flexible batteries could become part of an aircraft’s design