Three years ago, in one of our earliest entries, this blog reported on the blending of biology and chemistry in a bionic battery created by Massachusetts Institute of Technology researcher Angela Belcher.

She was honored with a press briefing with President Obama, MIT President Susan Hockfield and her prototype battery, and used the occasion to encourage federal funding for such ventures.  In a later visit to her laboratory, the President accepted a business card with the periodic table, saying he would consult it periodically.

She has turned her bionic battery research to improving the chances for lithium-air batteries to reach that magic 500-mile figure ( or at least 550 kilometers or 341 miles), and has explained her approach and progress in a Nature Communications paper and in the video below.

Since Dr. Belcher has been using a biological approach in her research for the last decade, it was natural for her to use genetically-modified, non-toxic viruses to grow” spiky surfaces” on nanowire electrodes, greatly increasing their area and ability to promote electrochemical activity when the battery is charged or discharged.

MIT’s press release explains, “The researchers produced an array of nanowires, each about 80 nanometers across, using a genetically modified virus called M13, which can capture molecules of metals from water and bind them into structural shapes. In this case, wires of manganese oxide — a ‘favorite material’ for a lithium-air battery’s cathode, Belcher says — were actually made by the viruses. But unlike wires ‘grown’ through conventional chemical methods, these virus-built nanowires have a rough, spiky surface, which dramatically increases their surface area.”

As she explained in a TED-X lecture two years ago, she and her graduate students are really directing evolution and speeding it up to achieve necessary ends.  She noted that certain life forms came about hundreds of millions of years ago, then took perhaps 50 million years to achieve their most perfect and adapted forms.  The abalone, for instance, collects calcium from seawater and deposits it into a solid structure, neatly protecting, but integrated with the living creature inside.  It learned, over eons, how to do this at ambient temperature and in a water-based element. 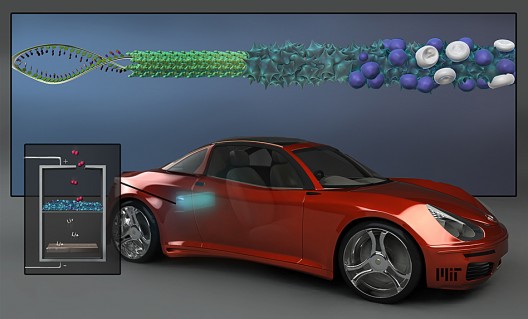 Her ability to meld chemistry, materials science and biology are assets in her attempts to emulate the evolution of the abalone, and with being able to make a “virus battery”  without the “energy-intensive high temperatures and hazardous chemicals” used in normal battery making processes.   Her viruses, working through “directed evolution,” produce a three-dimensional structure of highly stable cross-linked wires with the desired high surface area.

Adding  small amount of a metal, such as palladium, greatly increases the electrical conductivity of the nanowires and allows them to catalyze reactions that take place during charging and discharging.  as MIT notes, “Other groups have tried to produce such batteries using pure or highly concentrated metals as the electrodes, but this new process drastically lowers how much of the expensive material is needed.” 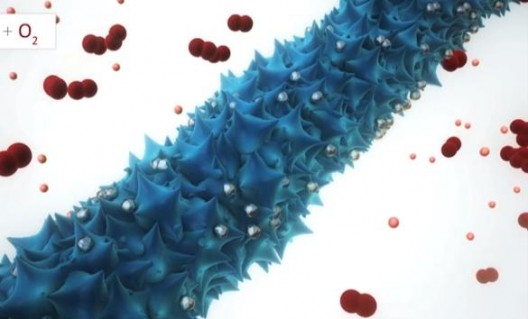 Dr. Belcher emphasizes the early-stage nature of her research, conceding that her cathode has been tested in only 50 cycles so far.  Anodes and electrolyte need similar development, and often, the chemistry and biology used in the lab are replaced by more industrial and scalable techniques in actual production, even though she admits to dreaming of driving a virus-powered car.

Dr Belcher is the W.M. Keck Professor of Energy and an affiliate of MIT’s Koch Institute for Integrative Cancer Research, implying that her researches in one area may have effects in a broader range of disciplines.