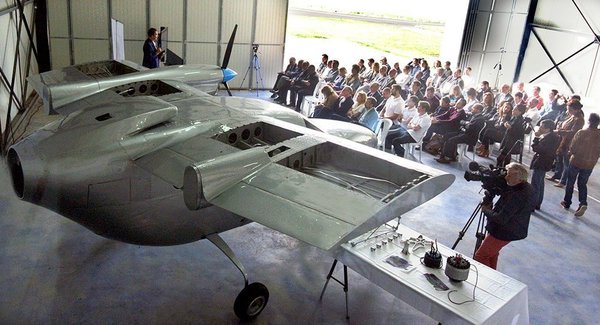 You may have noticed an ongoing divide in electric aircraft philosophies, that of designing from a blank sheet, or that of converting an existing airplane from fossil fuel to electric power.  French company VoltAero has chosen the second path with its Cassio. A conversion of a Cessna 337 Skymaster, it shares similarities to Ampaire’s 337 conversion, with significant differences in its power configuration.

What has Five (Three?) Motors and Three Propellers?

Ampaire’s 337 conversion retains the “push-pull” arrangement of the original, with the “pusher” an electric power unit behind the cabin and between the twin tail booms.  VoltAero’s replaces the front engine with a faired, engineless nose and one REX 60-kilowatt (80.4 horsepower) electric motor on the nose of each boom.

According to Flyer magazine, Cassio 1 now has a single electric motor coupled to an internal-combustion engine bringing up the rear.  “The prototype Cessna-based Cassio has two 60kW motors driving two forward facing propellers on the wing. A hybrid power unit comprising a 170kW piston engine and 150kW electric motor drives a pusher prop at the rear. That’s a total of 440kW, giving the aircraft the ability to fly fuel, batteries and nine people for 1200km, according to [Jean] Botti.”  Botti was Chief Technology Officer for Airbus when they developed the e-Fan, which was flown by Didier Esteyne, co-founder of Volt Aero. 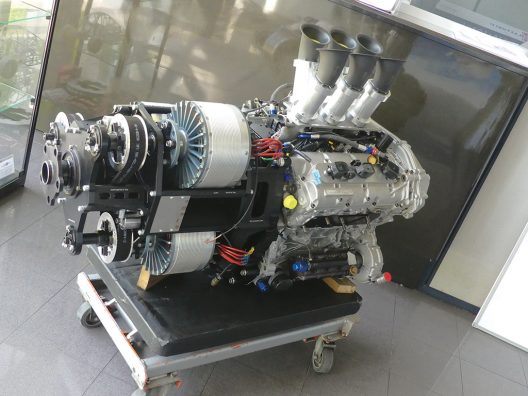 If the “puller” electric motors encounter a problem during a takeoff, for example, the pusher power system will turn on immediately.  Other configurations are planned, but since the current first flight article doesn’t seem to match what had been reportedly planned, we will wait until further developments ensue. When the aircraft reaches its final stage with twin puller motors and a hybrid rear power sytem Botti predicts, “This configuration will help us go to EASA (European Aviation Safety Administration)  and then we’ll go quickly to the FAA.” 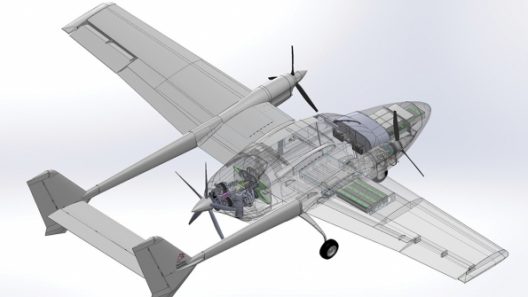 Paul Lemoire, electrical engineer with VoltAero, said the 10-kg battery racks include the BMS (battery management system) with five sub-packs per motor and can be changed out in two hours. The “electrical range” is 30 minutes including takeoff and climb, and 40 minutes if only used for cruise. There are five battery racks on each side of the aircraft, with 15 in the nose, together driving the aircraft’s five electric motors (three in the tail in the original design and one on each wing). 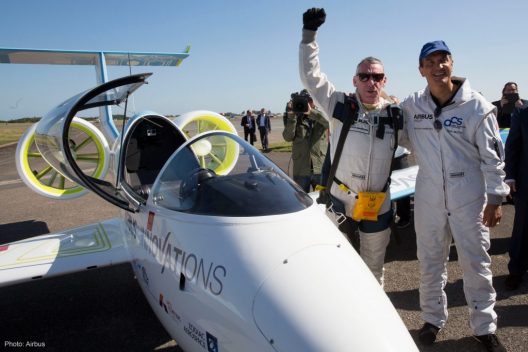 Cassio 2 will have a composite airframe and further revisions to the power systems. The 25 battery packs will provide for 30 minutes of pure battery flight.  The initial prototype carries 37 liters of fuel for the hybrid’s engine.  A projected range of three-plus hours seems a bit speculative in the 4,400 pound, 200 mph airplane.  We’ll wait to see how the final version scales out.

Like the Ampaire, the airplane has flown.  Orders are piling up for the American and French hybrids, and one wonders whether enough Cessna 337’s exist to satisfy the demand.  In any case, once development work is completed for the American airplane’s power system, construction will start on the Ampaire Tailwind, a far sleeker craft.