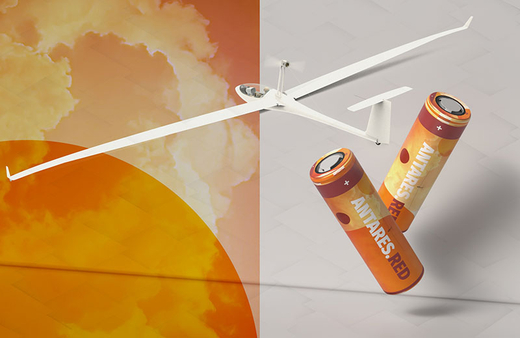 An airplane that’s a seasoned veteran gets even better with the new SAFT RED.3 batteries.   At the Grenchen, Switzerland Electrifly-in Lange Antares spread their wings over 21 meters of display space each.  Klaus Ohlmann flew the latest E model from the manufacturer and a hybrid e-Rop from AdvanTec GmbH was on static display.  These airplanes are evolutions of the original design, which goes back to 2003.  SAFT’s new batteries will make the plane even better.

Richard Van Grunsven, founder of Van’s Aircraft, granted your editor an interview in 2010 and demonstrated the motor’s operation on his Antares.  The same 42 kilowatt (56.3 horsepower) motor is retained in the current version, but batteries have become better in the last 11 years. 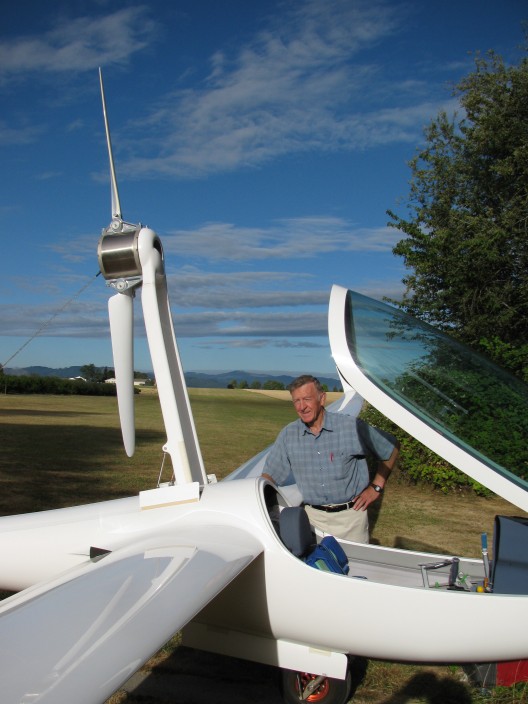 As your editor reported then “Two carbon-fiber propeller blades attach to beautifully machined fittings on the rotating cylinder, and provide enough thrust to give the 460 kilogram (1,014 pound) ship a 4.4 meter per second (866 feet per minute) rate of climb at its 66o kilogram (1,455 pound) maximum loaded weight.  SAFT batteries tucked in the wing roots store enough energy for about 3,000 meters (9,850 feet) of total climb, slightly over 11 minutes at full power.”

Things have changed since then.  SAFT announced their new RED.3 (Reliable Electric Design) batteries could provide up to 5,600 meters (18,372 feet) of total climb, a significant improvement over the last decade.  This includes changes to the battery chemistry.  The new battery system, which follows the original arrangement, with batteries in long strings along the span of the wings, comes in two versions – “S” for Standard and “L” for Large.  Either version includes over 1,000 2170 (21 millimeters diameter by 70 millimeters long) cells, a popular size in electric cars. 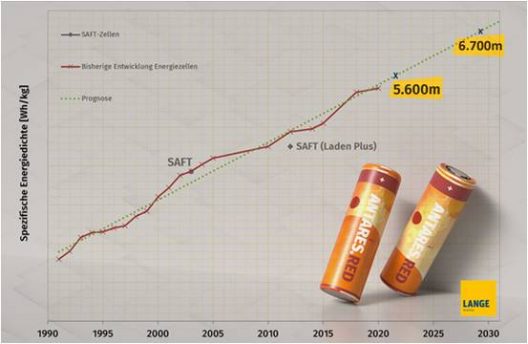 Benchmark for innovation in Antares aircraft is the increase in gravimetric energy density (see graphic) – it describes how much energy per weight can be stored in a battery. The higher the value, the more climbing height and / or range is possible with the same battery mass and dimensions installed in Antares aircraft. From this it can be deduced that an Antares with modern RED battery systems will be able to rise higher and higher in the future. Today, the L version of Antares.RED.3 already reaches 5,600m – if you follow the development trend, heights of up to 6,700m can be achieved in 2030. (Lange Aviation caption)

It’s a bit confusing, because one wonders what part improved chemistry plays, and what part an increased number of cells.  Luckily, Lange shows a clear number for the “S” and “L” versions.  The standard and large packs give the same rate of climb. 4.4 meters per second or 866 feet per minute.  That’s a function of the motor, which retains the specifications of the one on Van Grunsven’s Antares.  Considering that there are under 100 of these unique craft in service after almost two decades, there is little reason to improve on a low-demand, well-proven motor.

RED3’s chemistry does make a difference, enabling 4,200 meters or 13,800 feet of climb from a standing start.  This is considerably better than Van Grunsven’s Antares at 3,000 meters or 9,850 feet a decade ago.  Still, that’s only a 40-percent improvement over that time, a four-percent increment per year.  Adding the Large pack’s number of batteries enables the higher climb, although some credit may be shared with the additional 1.5 meters (4.92 feet) of span. 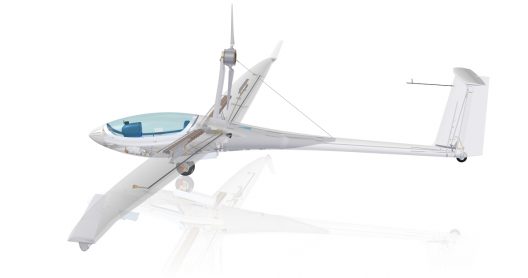 The extra span may help account for the Large pack’s cruising range – 380 kilometers or 235 miles.  That would allow for frequent explorations of thermals and cloud streets.  Beyond just climbing to an altitude safe for looking for lift, Antares, because of its now 58:1 glide ratio, will probably do even better than Van Grunsven managed during his “only really good flight” of 2010.  “‘The time from starting takeoff roll to finishing engine retraction (which takes ~12 seconds) was 2:14, and shutdown was at 1,200 ft AGL.  The peak climb rate is in excess of 800fpm. It was a windy day (>20 knots at altitude) so the Cub would have had a tough time!’  (Your editor had compared the flight to that of a Piper Cub undertaking the same route.) ‘Note I only spent 15-percent of the time circling; mostly I flew straight following energy lines.’”

At Today’s Launch Prices, the Plane Might Pay for Itself

When viewing Van Grunsven’s Antares, your editor used the numbers provided by Lange.  “Batteries, because of the limited necessity for running the motor, should last an equally impressive time.  Lange predicts 3,000 cycles for the batteries before their energy storage capabilities reach 80-percent of original capacity, providing over 4 million meters of climb, or 13,615,000 feet, before needing replacement.  That would be over 4,500 launches to 3,000 feet, or about $135,000 in tow fees at $30 per tow.”  (That was 10 years ago.  Current prices for the Willamette Valley Soaring Club are $64.00 for a tow to 3,000 feet – $22 hookup + $1.40 per 100 feet.)

SAFT and Antares have a few more tricks up their leading edge.   Since the batteries are not readily accessible when the airplane is assembled and in flight, one cannot risk thermal runaway or the nightmare scenario that would follow.  Secured in the wing as they are, the batteries must be utterly safe.  A CAN (Connected Area Network) bus links all the electronic components on the airplane and monitors for proper operation and potential hazards.  The system balances the cells and makes “highly accurate measurement of single-cell temperature (available as an option)”  Your editor thinks it would be highly desirable.  Lange notes, “The entire propulsion system and the third-generation battery thus fully meet the requirements for personal safety.”

A high-end machine, Antares seems like a dream machine for those who can manage its acquisition and mastery.  Its new batteries make it even better.