We’ve examined many attempts to make solar cells, batteries and fuel cells less expensive and to use abundant, easily found materials in their manufacture.  Engineers at Oregon State University in Corvallis, Oregon may have crafted a process to manufacture budget solar cells with anti-freeze and relatively cheap metals as key components.

Ethylene glycol, found in many automotive antifreeze products, acts as a low-cost solvent “that functions well in a ‘continuous flow’ reactor,” according to OSU, “an approach to making solar cells that cost less and avoid toxic compounds, while further expanding the use of solar energy.”

The last sentence stopped your editor cold, since ethylene glycol is a neurotoxin, playing havoc with brains, livers and kidneys.  Reading the researchers’ paper published in Material Letters and available online, perhaps the effects of flowing the cells’ metallic materials through a meso-fluidic reactor with the antifreeze neutralizes the toxins, but that isn’t spelled out clearly (at least for your non-chemist editor). 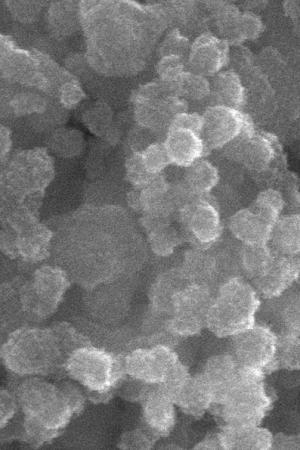 “Metallic materials” refers to “CZTS, or copper zinc tin sulfide, a compound of significant interest for solar cells due to its excellent optical properties and the fact these materials are cheap and environmentally benign.”

Promoting the budget approach, Greg Herman, an associate professor in the OSU School of Chemical, Biological and Environmental Engineering, says, “The global use of solar energy may be held back if the materials we use to produce solar cells are too expensive or require the use of toxic chemicals in production.  We need technologies that use abundant, inexpensive materials, preferably ones that can be mined in the U.S. This process offers that.”

OSU notes that many current solar cells are made with CIGS, or copper indium gallium diselenide, more rare and costly overall than the CZTS solution.  Indium, for instance is mostly produced in China and combined with gallium is priced about 275 times higher than the zinc in OSU’s cells.

Continuous flow processing speeds up processing the materials, too, taking only a half hour to make the same amount of material that would take a full day for CIGS materials made in “batch mode.”  This speed, combined with “precise control of temperature, reaction time, and mass transport [will] yield better crystalline quality and high uniformity of the nanoparticles that comprise the solar cell.”

Controlling temperature and time in the metallic soup apparently helps to size metallic nano-particles to their optimums for best solar collection efficiency.

As a final grace note, Herman adds, “For large-scale industrial production, all of these factors – cost of materials, speed, quality control – can translate into money.   The approach we’re using should provide high-quality solar cells at a lower cost.”

When the fluidic process is perfected, the materials might be cooked in a large microwave oven “similar to the one in most kitchens.”

Thin film cells have lower performance than the best silicon solar cells, and initial CZTS figures are lower than those for CIGS so far, but further research on dopants and other factors should result in comparable efficiencies.

This project is one result of work through the Center for Sustainable Materials Chemistry, a collaborative effort of OSU and five other academic institutions, supported by the National Science Foundation. Funding was provided by Sharp Laboratories of America. The goal is to develop materials and products that are safe, affordable and avoid the use of toxic chemicals or expensive compounds.