As reported here last year at this time, University of Transylvania researchers led by Dr. James Whale, Director of the Tuber Genetics Energetics Laboratory, announced a major breakthrough in GMO potato batteries, ending with research in potato chip batteries, which despite their extreme energy (think of how many calories one takes on from only a 12-ounce bag – even washed down with diet soda) were not viable candidates for vehicular applications, readily crumbling at the merest pressure.

(Again, officials in America’s Southeast warn that the U of T is NOT to be confused with Transylvania University, an actual liberal arts college in Lexington, Kentucky.  Repeated attempts by potential enrollees who’ve either seen one too many Todd Browning films, or Bigfoot himself or herself, have been repulsed by University officials, all too aware of the confusion in the two schools’ identities.  Because of that unfortunate confusion, it’s the only legitimate academy that has to maintain restraining orders against a majority of its applicants.)

Whale and his research assistant, Dwight Frye, AA (We are unable to determine whether that represents an Associate of Arts degree or a more likely senior membership in Alcoholics Anonymous) turned their attention to a long-neglected facet of aerodynamics research, the multi-winged aircraft.  Most aerodynamicists have concluded over the past 100 years that a monoplane is the most efficient form of aircraft.  But Whale and Frye discovered an unknown feature of extreme multi-winged machines – their ability to generate their own levitating electrical power. 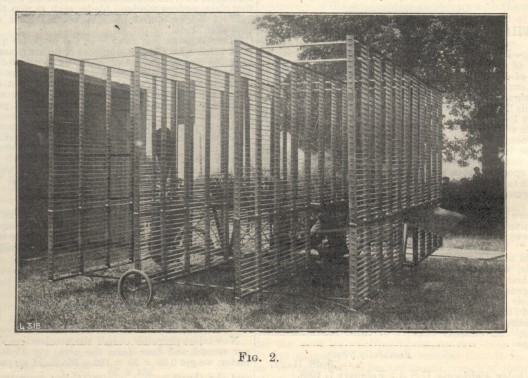 Drawing on experiences by Horatio Phillips, who had attempted flight with coal-fired steam and petrol engines, Whale and Frye built a near-replica of Phillip’s 120-wing machine, which had venetian-blind-like slats only five inches apart.  Even with only wood and calico fabric as primary materials, the pair found the airplane created enough static electricity to give pilots painful shocks after even short flights, the flights and the shocks erratic and terrifying, as one would expect.

The researchers found an electric current flowing between the lower and higher wings, with maximum energy being collected in the upper wings.  The airplane was its own battery, lower wings acting as cathodes and upper wings acting as anodes, with airflow over the wings providing electrolytic flux.  It’s the only known example of a wood/air battery.  At least that’s how they explained it to one another.  Indicative of the open-mouthed response from academic colleagues, Whale and Frye’s paper on the subject, “How We Did It,” could only find publication in the Journal of Irreproducible Results. 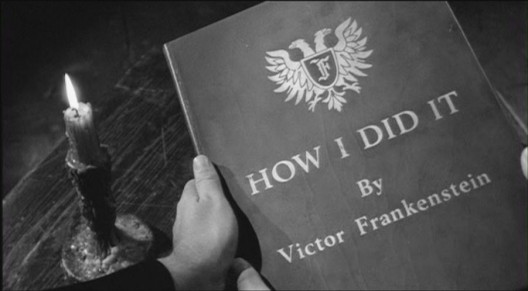 Dr. Frankenstein’s magnum opus, inspiration for Dr. Whale’s How We Did It

Whale and Frye enlisted a test pilot, known outside their circles as merely, “Frank.”  He managed longer flights than either researcher had before, and because of this became so electrified with the mysterious lifting power of the craft that he had to be restrained to keep him from floating away. 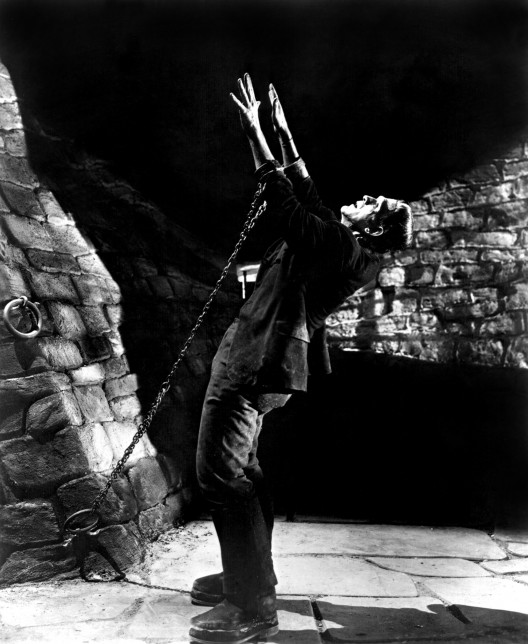 All research was suspended after superstitious villagers, wary of science and higher learning, burnt the University to the ground, one of scores of times that’s happened in its history.  Recent standardized testing has shown the country’s young people fortunate enough to escape public school and be raised by wolves had IQs 20 points above the national average, but still lower than isolated Basque sheepherders and Outer Mongolian yak farmers.

Sadly, we may never know what aeronautical and electrical wonders may have been revealed had the University of Transylvania’s Luftmensch Akaflieg survived.