The Archaeopteryx is more than just a good word for spelling bees, it’s a high-end hang-glider – and now, depending on your bankroll and perspective, a low-end electric motorglider.

Its low weight (54 kilograms or 118.8 pounds in its most basic state) and high performance (around 25:1 lift-to-drag ratio) has helped this Swiss marvel achieve things like the 498 kilometer (308.76 mile) goal flight by Peter Eicher in Australia last October; or a 407 kilometer (252.34 mile) flight around the Swiss Alps in 2012. 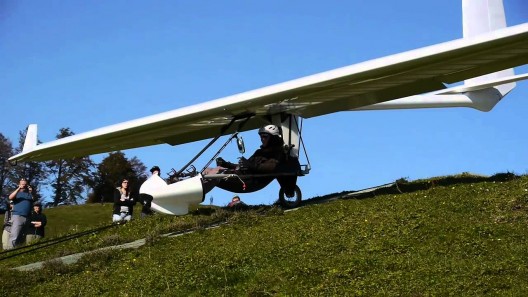 Basic Archaeopteryx being bungee launched. It can also be foot launched of towed by car, ultralight, or even a regular tow plane – and now self launched with an electric motor

A flier can hop off a hill with the lightest and most basic form of Archaeopteryx, which features self-connecting controls, a rocket-deployed full-airplane rescue system, and a wheel brake.   Pilots wanting less local soaring and the option of visiting distant climes can opt for the “Race” model, a fully-faired version with trap doors, a wheel “spat,” and since you’re going to be going places, side and rear luggage bags. 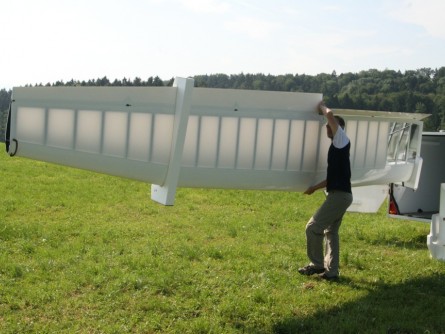 Archaeopteryx has now been outfitted with a Czech-built MGM Compro power system, which as shown in the video, can be installed or removed through velcroed panels without dismantling the airplane.  The clever design and the modular components make for a quick conversion from foot- or tow-launching to self-launching with an on-board powerplant.  The airplane in this form is called the Elec’teryx, a name yet to be heard in even advanced spelling bees. 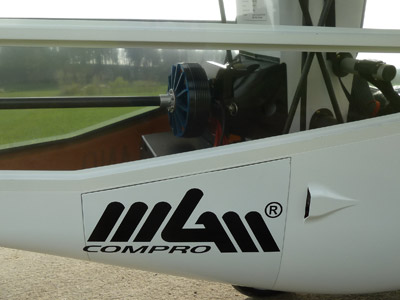 Motor, electric drive components can be attached or detached in five minutes – Schnelladaptiver 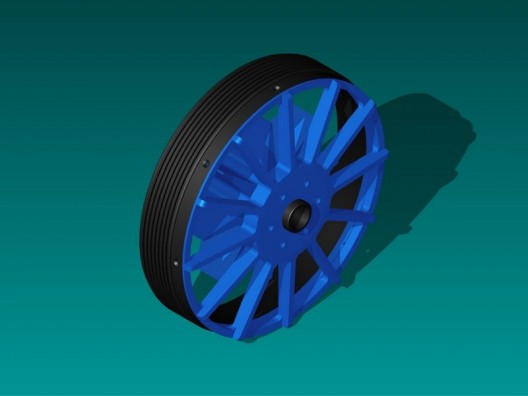 They conclude, “Once more Ruppert composite [sets a standard] with its new drive concept not only on high-tech but also on quality that will surely come at a price. In the area of ​​e-drive for self-launching new [quality levels] once again set the standards that should be reflected in safety and long life.”