BASF, according to Wikipedia, “is the largest chemical producer in the world and is headquartered in Ludwigshafen, Germany.  BASF originally stood for Badische Anilin- und Soda-Fabrik (English: Baden Aniline and Soda Factory). Today, the four letters are a registered trademark….”

With ongoing research into increasing energy storage capabilities of nickel metal hydride (NIMH) batteries to rival or exceed that of lithium batteries, BASF could make breakthroughs in building a safer, lower-cost battery.  Using an Advanced Research Project Agency – Energy (ARPA-E) award of $3.8 million, the company is working on a project titled, “High Performance NiMH Alloy for Next-Generation Batteries.” Funding applies through February of next year. 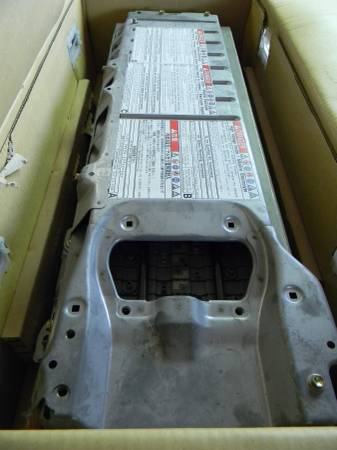 Imagine this Prius battery 1/10th the volume or incorporated into the vehicle structure, as BASF would like to see

ARPA-E’s project description lists some of the anticipated benefits of “these new battery chemistries,” including better energy density allowing up to three times the driving range of current products, prevention of overheating, and immunity to catastrophic failure.  The improved NIMH batteries could be “incorporated into the structure of a vehicle to improve strength in some cases. Much of this can be accomplished at a 30% lower cost compared to conventional batteries, thus bolstering widespread adoption of EVs.”

Over five million EVs drive around on NiMH power today; newer designs strive for lighter weight and higher energy density in their power packs.  BASF wants to compete with a lighter, more powerful NiMH battery pack.  One benefit of the nickel batteries is their longevity.  One friend who owns a first-generation Prius reports his has over 200,000 miles and is “just fine,” while PriusChat.com has corroborating reports with some owners having over 300,000 miles on Gen 2 and 3 Priuses with their original battery packs.

Nikki Gordon-Bloomfield, writing for TransportEvolved.com, reports that BASF hopes to increase the energy density of NiMH batteries by 1,000 percent, the much-desired 10X battery for which EV designers keep hoping.  Even though they start with an energy density of 60-120 Watt-hours per kilogram, BASF projections could have them at 600-1,200 wh/kg if their research goes well, topping the best lithium batteries at 300 wh/kg.  BASF is apparently shooting for 700 wh/kg, a big jump over current technology – and if accompanied by much lower prices – a strong sales point.

The stability and freedom from flammability make the NiMH batteries worth examining.  At the cell level, lithium batteries are much more powerful for their weight than NiMH, but when one adds the battery management system (BMS) required to keep things under control in the lithium battery pack, that advantage is reduced considerably.

Current state of relative energy density of NiMH, lithium batteries could change radically if BASF research bears fruit, with the NiMH battery going literally off the chart upward and to the right

TransportEvolved suggests that such a breakthrough in NiMH technology “could very well pave the way to cars that could travel more than 1,000 miles on a battery pack the same size as the ones in today’s mid-priced electric cars.”

Perhaps stretching the point, the writer adds, “At that point, the use of hydrogen fuel cells and indeed any kind of fossil fuel, would become something of a moot point for most car drivers.”

Noting that although results so far are only at the lab scale, the article explains that BASF is a huge company with enormous research resources, and seems willing to press on with this effort.

Kevin Bullis, writing for the MIT Technology Review, says that “BASF researchers are aiming for batteries that cost $146 per kilowatt-hour, roughly half as much as the cheapest lithium-ion electric car batteries.”  This would put the cost of a Nissan Leaf battery pack at around $3,800, about two-thirds the cost of the pack now being used.  The 4.75 kw-hr battery pack used in the Pipistrel “Plug and Play” system would cost under $700, not counting charging or battery management systems – the latter much simpler than those for lithium systems.

MIT reports NiMH batteries “don’t catch fire if they overheat or are overcharged so their cooling systems and electronic controls are far simpler. Safety systems can add about 25 percent to the cost of a lithium-ion battery pack, and increase their weight by 50 percent, based on data from the industry group U.S. Advanced Battery Consortium.” 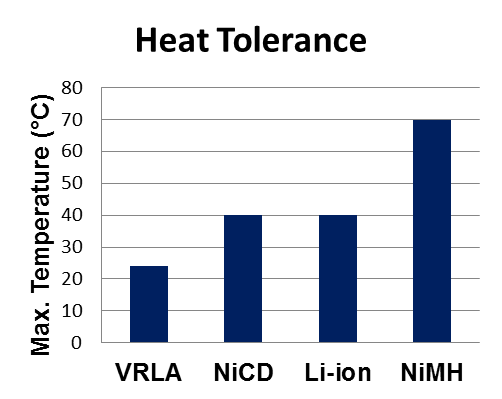 Because of this added weight, “One recent analysis found that the total usable amount of energy storage in lithium-ion electric car batteries is between 60 and 120 watt-hours per kilogram. Researchers still need to test whether BASF’s cells can last as long as conventional nickel-metal hydride batteries.”

If BASF is able to pull off these radical changes in NiMH cells, there may be a new contender in EV energy storage, including batteries for electric aviation.