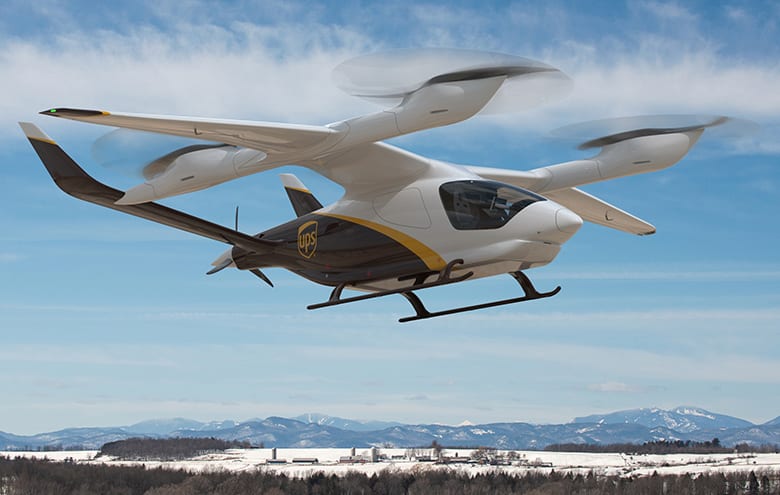 BETA Technologies made a big move from its highly complex Ava to a simpler Alia, and managed to snag an initial order for up to 150 of its new craft from United Parcel Service (UPS).  This was followed by the signing of a binding agreement with Blade for another 20 craft for passenger service.

Vermont Business Magazine reports that BETA Technologies started with its first customer and partner, United Therapeutics, which will rely on BETA’s aircraft to deliver organs for human transplantation.  High speed and reliability are obvious premiums in this endeavor.  Recently, United Parcel Service (UPS) announced it reserved the right to purchase 150 of BETA’s aircraft, with the first 10 to be delivered beginning in 2024. UPS also purchased BETA’s charging stations as part of an integrated solution. 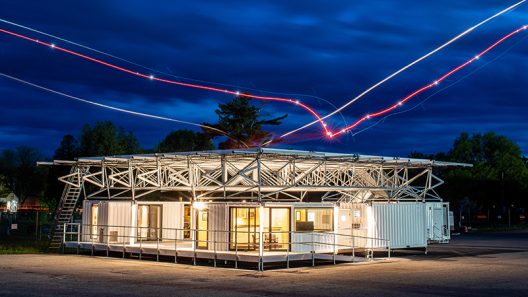 BETA’s charging station is modular, functional and just right for its intended purpose

Blade founder and CEO Rob Wiesenthal explains his company’s plans for Alia.  “Blade is focused on its transition from conventional rotorcraft to electric vertical aircraft [EVA].  Beta’s delivery commitment date in 2024 is ahead of our current projected deployment of EVA in 2025. The transaction, consistent with our asset-light operating model, allows Blade to leverage our significant flight volumes and third-party financing partners to support the purchase of Beta aircraft by our operator partners.”

A Short History of Ava

Ava was a complex derivation of a Lancair ES and RDD-developed LX-7 wing.  Its eight independently-powered rotors were controlled by an undoubtedly complex hardware and software network. 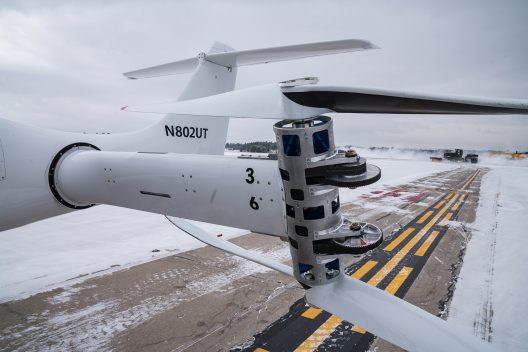 The 4,000 pound eVTOL (electric Vertical Take Off and Landing) aircraft stood atop long, spindly legs to help its eight large rotors clear the runway and its power plants pivoted on stalks long enough to help those rotors run clear of the fuselage.

Alia’s rotors are are oriented horizontally to provide vertical thrust only.  Its single pusher propeller provides thrust for forward flight.  This configuration is greatly simplified from Ava’s, since no motors or cabling have to move to create the desired motion.  Beta’s web site promotes Alia as “The Future of Flight,” and explains, “The ALIA electric vertical aircraft is just simple enough to be revolutionary.”

Back in the 1920’s William Bushnell Stout, designer of the Ford Trimotor among other things, famously said, “Simplicate and add more lightness.”  This challenge seems to have inspired Beta’s designers.  Although the aircraft is heavier than the Ava, it is much simpler.  In keeping with Stout’s dictum, “BETA Team Members achieve[d] their goals by removing every unnecessary element.”

BETA’s power system is an in-house design and creation, “The cornerstone of our ability to fly long distances economically and in an environmentally friendly way.”  Air cooled and redundant, Alia’s motors are controlled by dual inverters.  BETA assures us, “With safety as priority, our inverters are designed with 3 lines of communication with the system and built with redundancy in case of failure.”  All independent power systems are fed by a set of “environmentally sealed” battery blocks under Alia’s cabin floor.

Since delivering organs, packages and complete people requires infrastructure, BETA has designed, “A thoughtfully constructed network of charging systems to recharge the aircraft, pilots, and crew enables electric flight.”  Their Rapid Charging Charging systems are a bit like Tesla’s Superchargers, and can be deployed on- or off-airport.  Hooked up to a 480 Volt AC, three-phase, 60 Hertz line, the charger can deliver up to 450 Amps and a boost charge current of 500 Amps.  The charger can connect to a vehicle through CCS or CHAdeMO plugs on an ADR 2.0 Demand Response Interface.  Users can pay through credit cards, phone apps, or an RFID tag.

The elevated landing deck is a secure landing zone with light systems and deicing for all weather operations.

With orders from United Therapeutics, UPS, Blade and ongoing interest from the Air Force, BETA Technologies and their dedicated crew has many avenues to success.  The fact that they clearly define the problems they need to solve shows a promise for the way forward.