The CAFE blog’s recent news about graphene electrode developments by Argonne National Laboratory in applications by Envia, a startup battery company in Newark, California, led to an almost immediate follow-up by another startup, California Lithium Battery (CalBattery), but with a different form factor in mind. 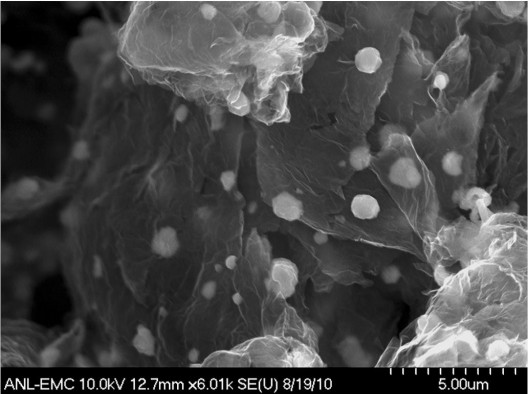 The company’s purpose can be divined from their mission statement.  “Our mission is to become the leading United States-based developer and manufacturer of advanced, safe, high-performance Very large Format (VLF) lithium batteries for utility energy storage, EVs, and specialized industrial and military applications.”  These batteries would be used in transportation and stationary power markets in North America, Europe and Asia.

Asked to define VLF batteries, founder and CEO Phil Roberts said that their transportation batteries would come in 40 Amp-hour prismatic packaging, and those for the stationary power market would range up to 400 Amp-hours.  This large format approach allows more active materials to be packed into a single package, increasing the total energy density over that of discreetly wrapped cells which must be integrated into larger scale packages.

Originally planned as a “Gen 3” battery, Roberts noted that Envia’s product really became a “Gen 4” cell, requiring CalBattery to leapfrog to a “Gen 5” unit.   CalBattery uses, and in fact is licensed to use Argonne’s silicon graphene process, which expands energy density and improves life cycles for these batteries by double or triple that for more “traditional” lithium cells.

CalBattery’s web site explains that batteries will be manufactured and assembled “in a United States-based plant,” with increased production being supported by their “global production capacity” as required.  “Ultimately, [CalBattery] envision[s] a hub-and-spoke model for manufacturing and distribution, basing cell manufacturing in our US facilities and locating pack assembly closer to our customers worldwide to reduce transportation costs.”

A joint venture with Ionex Energy Storage Systems and CALIB Power, CalBattery and its partners own own exclusive and non-exclusive rights from ANL for all applications to a patented silicon embedded in graphene laid down in a vapor deposition process.  The ANL chemical vapor deposition process embeds silicon in the graphene, producing a coating which stabilizes the anode and reduces the silicon from deteriorating during charging and discharging.  Theoretically, silicon-based anodes should have 10 times the capacity of graphite anodes, but silicon without a graphene coating is not stable enough to support those anticipated strengths.

By also incorporating  other advanced cathode and electrolyte materials the firm will deal with both sides of energy storage and power release.  These advancements will be enclosed in the “world’s largest commercial lithium battery form factor,” which will be well suited to electric vehicle and stationary energy storage applications.

CalBattery Plans to produce VLF GEN5 batteries for use in 1 to 100 megawatt sizes that will stabilize energy storage at grid scale, making them a great complement to solar and wind production.  When winds and sun are strong, the VLF batteries can store energy.  When winds dwindle or the sun sets, CalBattery’s VLFs take over and continue to provide uninterrupted power.

Such battery backups sell $2 billion in cells today, but CalBattery sees the potential for over a $200 billion market “due to the confluence of multiple factors;”

We’ll need those constant and economical resources to ensure that our electric vehicles can always be “filled up,” although the Gen5 battery should reduce the need for frequent stops.  Roberts hopes for an energy density of 500 Watts per kilogram, up to triple the cycle life of current EV batteries, and life cycle costs 70-percent lower than those for Gen1 batteries, as found in the Chevy Volt.  This could drop a battery pack from $10,000 to $3,000, certainly a sales advantage for a vehicle that would have as much as three times the battery-only range and a more competitive price.

Projected aircraft, such as Pipistrel’s electric and hybrid versions of their Pantera, would find performance margins trending toward those for the Lycoming powered version, and Antares and other self-launching sailplanes could find themselves listed as touring motorgliders with the range to stretch out and explore new territory without an increase in weight.