Ricardo and Allied Vehicles, a British engineering firm known for its work with racing vehicles and KERS technology, has announced an alliance with European battery manufacturer Axeon to produce a Nickel Cobalt Manganese (NCM) battery which would reputedly provide 35-percent greater range to electric vehicles than “existing technologies at the same weight.”

The new battery would require “50 percent less volume and 30 percent less mass when compared to Lithium Iron Phosphate chemistry at cell level,” according to the Richardo fourth quarter, 2011 newsletter.

Green Car Congress reports, “Electrochemically, the performance is superior to Lithium iron phosphate (LiFePO4) and Lithium cobalt oxide (LiCoO2) in terms of capacity and therefore energy density. In  terms of rate capability and therefore power density the electrochemical performance is better than LiCoO2 but not as high as LiFePO4, Axeon says.”  The chemistry compromise allows lower costs for these batteries.

With a Ricard-designed battery management system (BMS) the NCM pouch cells, new technology for EVs, can be blocked together into modular battery packs with the energy density of the new technology. 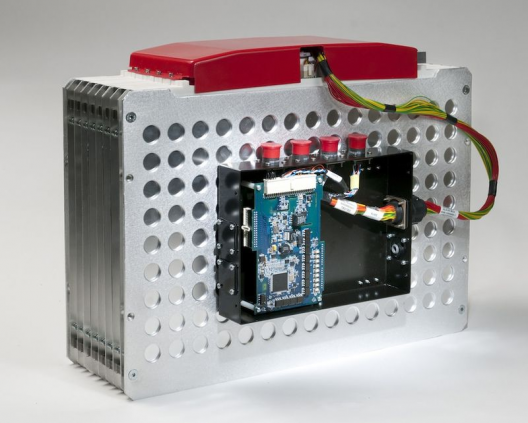 Ricardo chief technology and innovation officer, Professor Neville Jackson, has greater goals for the new batteries.   “This project has allowed us to supply and develop our expertise in advanced battery management.   The new battery will improve the potential for more widespread vehicle electrification, a process that has the potential to significantly reduce global dependence on fossil fuels and minimize carbon dioxide emissions.”

Ricardo has used an “advanced demonstrator” vehicle to test the robustness and functionality of its BMS and “thermal management options” and overall vehicle range with the new battery modules.

In 2009, the Technology Strategy Board, the UK’s national innovation agency, awarded more than £680,000 (US$1 million) of funding to the consortium led by Axeon—bringing the total project funding to more than £1.3 million (US$2 million)—with the aim of developing an innovative high energy density battery system for an electric vehicle.  These tests will enable “Axeon to support rapid prototyping into a range of other vehicle types with significantly reduced development lead times.”

As an added benefit, Ricardo’s BMS can work with a wide variety of cell chemistries, actively balances cells, and “delivers diagnostic and prognostic information to the vehicle control system.”

The two companies are collaborating on commercializing their new technologies.