Recent disputes among the many national and regional  players in the emerging biofuel/jet fuel markets may slow acceptance and  development of  hese promising alternatives to fossil fuels.

The European Union’s emissions trading system (ETS) seems to be central to contentions by China and the United States.  The scheme would impose caps on carbon emissions from airlines flying into Europe, unleashing charges from China that the proposed rules discriminate against carriers from developing countries.

A one cent per liter tax on jet fuel, part of the system, is at least partially responsible for the international dispute.

According to Flight Global, “The airlines likely to be involved are the nation’s flag carrier Air China, China Southern Airlines and China Eastern Airlines, said an official from the China Air Transport Association.” 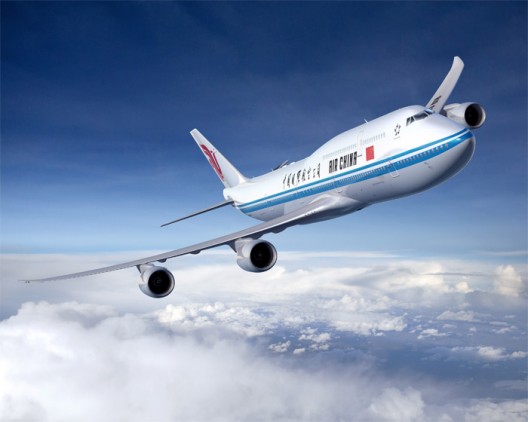 America has weighed in with court challenges from American Airlines and United Continental, represented by the Air Transport Association (ATA), and Congress has added its voice, opposing what it perceives as European threats to American sovereignty and defending domestic jobs, which it sees as threatened by European rules that favor European Union interests.

Even Canada is chafing at the new rules, as reported in the Montreal Gazette.  “George Petsikas, president of the National Airlines Council of Canada that represents Air Canada, West-Jet Airlines, Jazz Aviation and Air Transat, said that Europe’s tough emissions standards set to take effect Jan. 1 for aviation are brash, unilateral and unnecessary.

“’Europeans are acting like kind of (Gunsmoke’s) Marshal Dillons here, cracking the whip and telling us all we have to have more discipline. Well, we’re not all the same,’ said Petsikas, an executive at Montreal’s Air Transat.”

Petsikas points out that airlines have invested over $12 billion in new equipment to lower fuel use, and that since fuel is the largest single expense for airlines, “no one has to twist our arms to try to reduce that.”

Flight Global reports, “Despite widespread criticism of the ETS and threats of retaliatory action from governments and airlines worldwide, the EU has not indicated it would budge on implementing it.

“The European Court of Justice issued a preliminary opinion last month, concluding that the scheme is in line with international law. A final ruling from the court is expected at the end of 2011 or in early 2012.”

The National Business Aviation Association (NBAA) explains, “The US has already joined forces with other states, mainly from the developing world, to fight the EU. On 30 September it signed the ‘Delhi Declaration’, along with Brazil, China, India, Russia and South Africa, which called for the EU and its member states to refrain from including non-EU carriers in the EU ETS. It has now agreed to support a paper expected to be considered by ICAO (International Civil Aviation Organization) Council members during the Council’s 194th Session starting shortly.

”The paper is to be presented, probably on 2nd November, by most of the participants in the Delhi meeting with the exception of Chile, Canada, the Philippines, Thailand and Turkey, the latter four now not appearing to have signed the Declaration. New supporters include Burkina Faso, Cameroon, Guatemala, Swaziland and Uganda – none of whom have any carriers included in the EU ETS.”

On October 24, the U. S. House of Representatives passed H.R. 2594, prohibiting U. S. airlines from complying with the EU’s ETS.  The bill awaits debate in the Senate, but it would still need a Presidential signature to become law.  If the bill does become law, it will put U. S. carriers into a stressful position.  Compliance with the European System’s rules would be in defiance of U. S. law, and compliance with U. S. law could shut down air travel to Europe.

Pressure also grows on Congress from opposing camps. A coalition of 12 airline and travel associations including the Airline Transport Association (ATA) and the International Air Transport Association (IATA) urged House Representatives to support H. R. 2594 “to protect American jobs and send the message to the EU that the US government will not tolerate violations of its sovereignty and will ensure that EU ETS does not apply to US aviation.”

An ATA spokesperson said that “Subjecting airlines to the EU unilateral system will be counterproductive to achieving our environmental goals and will result in the loss of US jobs.  The EU ETS scheme will siphon money away from carriers, impeding their ability to invest in new and more efficient technology.”

Opposing this point of view, the Environmental Defense Fund (EDF) issued a statement that the bill “could ignite a trade war that would put tens of thousands of US jobs in jeopardy.” (Ironically, this concern for U. S. jobs echoes that of the opposition.)

EDF’s International Counsel, Annie Petsonk explained: “By barring US-based airlines from complying with applicable law for flights travelling to EU airports, this bill would compel those airlines either to drop their EU routes or become scofflaws. It’s bizarre Congress would knowingly pass a law that compels US-based airlines to become outlaws when they do business in the EU.

“The House passing this bill is like another nation saying, ‘We don’t care if the US has a law enacted by Congress and upheld by the US courts – we’re going to prohibit our companies from complying.’ It’s unlikely our Congress would let that kind of action go without retaliation.”

She added: “The EU law is a modest, non-discriminatory first step to tackling pollution from airlines.  The airlines have done back flips to dodge pollution control in ICAO, where countries have spent nearly 15 years failing to agree on a program to cut carbon pollution.”

Looking at the problem from a more political view, “Transport & Environment (T&E), one of the NGOs that sided with the EU in its case brought by the US airlines over the EU ETS and recently heard by the European Court of Justice, has said the agreement signed by 26 countries in Delhi (not necessarily the same 26 that are presenting the ICAO paper) was drafted by the US Federal Aviation Administration (FAA).  The ICAO 26 states call in their paper for the Council to ‘welcome and adopt’ the so-called Delhi Declaration.

“T&E points to a link between the FAA’s Assistant Administrator for Policy, International Affairs and Environment, Dr Julie Oettinger and the Delhi Declaration. Dr. Oettinger, an international lawyer, previously worked for United Airlines, one of the airlines involved in the EU law suit, as its Managing Director of International and Regulatory Affairs.”

With the EU’s ETS to be implemented in January, 2012, a great deal of anxiety is evident in the airline community.

“’Whether the scheme is legal or not is becoming irrelevant – it is now about the politics,’ said Simon McNamara, Deputy Director General of the European Regions Airline Association (ERA – a coalition of smaller EU carriers).

“He believed the EU faced three choices: press ahead as planned with the EU ETS in its present form, use exemption measures or amend the directive to make it acceptable. He said the ERA’s proposal was that the scheme should be implemented in full or not at all, with a global solution under ICAO as the preferred choice.

“McNamara said a scaling back of the scheme to an intra-EU ETS would do nothing for the environment and instead drive up costs.”

Green Air Online reported on November 1, “Just a week after the US House of Representatives passed the H.R. 2594 bill that prohibits US airlines from participating in the Aviation EU ETS, the EU’s Commissioner for Climate Action Connie Hedegaard said Europe was confident that the United States will in the end respect EU legislation ‘just as the EU respects US legislation and US lawmakers’ authority in US airports’. She said the bill was ‘unusual’ and ‘a rather unorthodox course of action’ in wanting to tell US airlines not to respect an EU law. Her comments came on the eve of discussions within the ICAO Council tomorrow of an anti-EU ETS paper submitted by 26 nations that urges Europe to exclude flights by non-EU carriers that fly to its airports from the emissions scheme. Meanwhile, European NGO Transport & Environment accuses the US FAA of drafting the Delhi Declaration that led to the ICAO paper and colluding with airline lobbyists.

“Hedegaard pointed out in an article on her European Commission web page that given the global nature of the industry, airlines were required to meet certain rules that had international ramifications.

“’As Congressmen who opposed the House bill pointed out, the United States itself requires international airlines to comply with a wide range of US laws when it comes to passenger, baggage and cargo security in order to do business in the US,’ she said. ‘Other laws also require overseas ports to put in place certain security measures before cargo can be sent to the US. 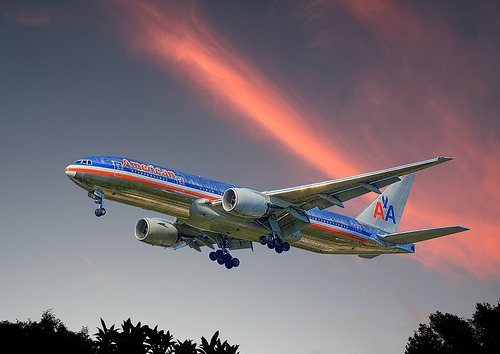 ...and American Airlines - both united against EU environmental plan

“’If the US wants to handle emissions from aviation differently, that is fine; our legislation clearly envisages that if a country outside the EU takes ‘equivalent measures’ to address aviation emissions then all incoming flights can be exempted from the EU system.’

Even if implemented worldwide, the effects might be minimal in the total scheme of things.  Air Transport World, in 2006, noted the relative scope of air transport to other polluters.  “…Aviation accounts for 3% of the EU’s carbon dioxide emissions and would reach 5% by 2030 at current growth rates. In contrast, power generation contributes 34% and road transport 20%.”

Considering the worldwide implications of compliance with the EU’s new rules, one can only wonder at whether even unanimous rejection of the ETS by the U. S. will have any effect on the final outcome of the system, or whether this could lead to loss of privileges for U. S. carriers in some of their most lucrative markets.