Strategy was almost as important as design in the recent Green Flight Challenge, with near flawless planning and execution of carefully-crafted flight paths by the winning teams.  This same precision and use of resources will become more important in a future constrained by increasingly precious fuels.

According to Greenaironline.com, “The Indian Ocean Strategic Partnership to Reduce Emissions (Inspire) partnership achieved fuel savings of 3,482kilograms (29,723lb) and carbon dioxide savings of 42,469kg on five flights operated between Australia and the Middle East and South Africa.”

These green demonstration flights, according to Greenair, show, “what is what is possible when air navigation service providers (ANSP), airlines and airports work together to remove operational constraints.”

Begun in 2010 to “develop gate-to-gate procedures, practice and services” with the goal of reducing fuel use and emissions “across all phases of flight,” Inspire follows Aspire – the Asia and Pacific Initiative to Reduce Emissions – established in February 2008 by Airservices Australia, Airways New Zealand and the U. S. Federal Aviation Administration. It has since added the ANSPs of Japan, Singapore and Thailand to the team.

Both  Aspire and Inspire attempt to promote air traffic management (ATM) best  practices.  Aspire  deals with the Asia-Pacific region and Inspire with the Indian Ocean region – including routes between “the Arabian Gulf and Australia, southern Africa-Australia and South-East Asia and south-west Indian Ocean-Arabian Gulf.” 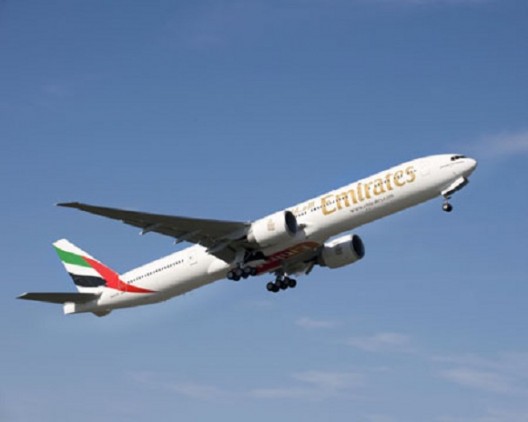 Airservices Australia states the aim of the flights is to “show what flight efficiencies can be achieved within the current Arabian Sea and Indian Ocean ATM environment by removing controllable ATM system constraints as far as is practicable.”  This highly orchestrated and executed approach contrasts with the “free flight” concepts being promoted in the United  States, which would rely on dynamic elements to change a flight’s path without a great deal of central control.

The first demonstration flight, with a South African Airline Airbus A340 on March 10, saved 400 kilograms (880 pounds) of fuel and 1,260 kilograms (2,772 pounds) of CO2 emissions.  These savings are notable because the flight took place over an already optimized route.

Airservices explained the importance of the flight.  “The savings on this flight are notable ­because they highlight that improvements to practices in the departure and arrival phases of flight can make a notable reduction in ­emissions.”

Several elements in normally crowded skies may make these types of achievements difficult for many flights.  According to Greenair, “All of the flights benefited from unrestricted taxi and takeoff and an uninterrupted climb to the initial cruise level.  In Australian airspace, the flights were permitted to operate on airline-preferred routes. On arrival, the flights had unrestricted descents directly to final approach and the shortest taxi routes to the gate.”  Compare this with the non-optimal long waits for departure, holding patterns, and often-occupied gates on arrival, all causing the aircraft to waste time and fuel waiting for other airplanes to clear the area.

Greenair notes, “The greatest fuel and emissions savings were achieved by Etihad on the Abu Dhabi-Sydney route, with a fuel saving of 4,800 kilograms (10,560 pounds) and carbon dioxide savings of 15,120 kilograms (33,264 pounds). “

Because of the optimized nature of the flights, times were also improved, “with the Emirates flight to Brisbane, for example, shaving 51 minutes off the normal flight time.”  As the Inspire organization explains on its web page, the effect is symbiotic.  “Each minute of flying-time saved reduces fuel consumption by an average of 62 liters (16 gallons) and reduces C02 emissions by 160 kilograms (352 pounds).”

Air Services says that participants plan no further demonstration flights, but will apply lessons learned to their daily practices.  While part of Inspire’s purpose was to “reduce ATM constraints” in the southwest region of the Indian Ocean and extend the existing Australian Organised Track System (AUSOTS) program (which included “flex tracks” in Australian airspace), its sister program Aspire has already been able to implement best practices from earlier tests into daily route planning.

In February, the first daily city pair, between Aukland, New Zealand and San Francisco was flown, with routes between Los Angeles-Singapore, Sydney-San Francisco, and Los Angeles-Melbourne to be added through September.

“In 2011, based on an estimated 63 flights per week, approximate savings for the year will be around 2.47 million liters of fuel and 6,850 tons of carbon  dioxide, says the airline.  Captain Alan Stealey, divisional senior ­vice-president of flight operations at Emirates, says: ‘These flights illustrate that Emirates’ long-term strategy to address environmental ­concerns has become a part of the everyday ­operating fabric of our organization.’”

With ongoing reporting that shows participating airlines achieving near 100-percent performance levels in meeting flight efficiency goals, the future looks bright.  “For whatever reason, there are few reports or figures on surface operations.”

Difficulties may ensue if political battles prevent the unified action from the many nations involved.  That’s the subject of the third and final entry in this series, but nowhere near the end of the topic.