Aalto University in Espoo, Finland has announced a seemingly impossible breakthrough – black-silicon solar cells that exceed 100-percent efficiency.  This breaks the Shockley-Queisser limit, previously thought to be an unbreakable barrier to any solar cell generating more than 33.7-percent efficiency for a single p-n junction photovoltaic cell.  The 1,000 Watts of sunlight falling on a square meter of single-junction solar cells could never produce more than 337 Watts to a battery or other receiving mechanism.  William Shockley, a co-winner of the Nobel Prize in Physics for his co-creation of the transistor and Hans-Joachim Queisser defined this limit at Shockley Semiconductor in 1961. 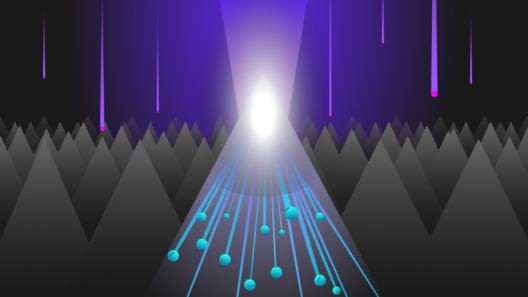 For an overview of the limit and the physics involved, this link provides some insights.

Even the Researchers Disbelieved

Aalto reported the new solar cell’s “efficiency was so high that at first the researchers had a hard time believing the result.”  Their black silicon photodetector reached above 130-percent efficiency, exceeding the 100-percent external quantum efficiency limit at ultraviolet wavelengths.

Professor Hele Savin, head of the Electron Physics research group at the University explained, “When we saw the results, we could hardly believe our eyes. Straight away we wanted to verify the results by independent measurements.”  To confirm the findings the German National Metrology Institute, Physikalisch-Technische Bundesanstalt (PTB), known for accurate and reliable measurement services, performed independent measurements.

Dr Lutz Werner, head of the PTB Laboratory of Detector Radiometry, commented, “After seeing the results, I instantly realized that this is a significant breakthrough – and at the same time, a much-welcomed step forward for us metrologists dreaming of higher sensitivities.”

If one photon hits the surface of a solar cell and generates one electron to an external circuit, the efficiency of the solar cell would be 100 percent.  Most solar cells remain well below the Shockley-Queisser limit giving in electrical current only a portion of the solar energy striking them.  Aalto’s black silicon cells are unique in sending 1.3 electrons into the circuit for every photon strike.

The University explains, “The researchers found out that the origin of the exceptionally high external quantum efficiency lies in the charge-carrier multiplication process inside silicon nanostructures that is triggered by high-energy photons. The phenomenon has not been observed earlier in actual devices since the presence of electrical and optical losses has reduced the number of collected electrons.” 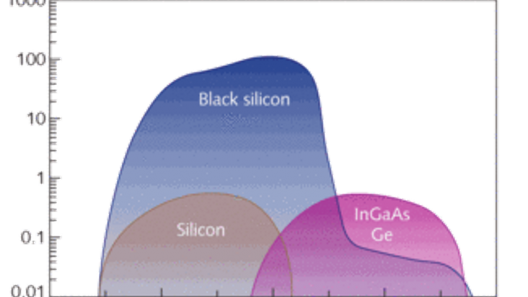 Professor Savin adds, “We can collect all multiplicated charge carriers without a need for separate external biasing as our nanostructured device is free of recombination and reflection losses.”

Looking at the improvements possible in devices relying on solar cells, Dr.Mikko Juntunen, CEO of Aalto University spin-off company, Elfys Inc., notes, “Our detectors are gaining a lot of attraction at the moment, especially in biotechnology and industrial process monitoring.”  Elfys already manufactures these black-silicon cells for commercial use.

Imaging a Solar Impulse or Sunseeker Duo which needs far smaller wings and solar cell arrays.  Aircraft performance could be enhanced, construction costs reduced, and general utility bordering that of many general aviation craft engendered.  Reportedly lower costs of black silicon cells would certainly make their use an attractive proposition.

The abstract provides an overview and implications for further research.  “At present, ultraviolet sensors are utilized in numerous fields ranging from various spectroscopy applications via biotechnical innovations to industrial process control. Despite of this, the performance of current UV sensors is surprisingly poor. Here, we break the theoretical one photon – one electron barrier and demonstrate a device with a certified external quantum efficiency (EQE) above 130% in UV range without external amplification. The record high performance is obtained using a nanostructured silicon photodiode with self-induced junction. We show that the high efficiency is based on effective utilization of multiple carrier generation by impact ionization taking place in the nanostructures. While the results can readily have a significant impact on the UV-sensor industry, the underlying technological concept can be applied to other semiconductor materials, thereby extending above unity response to longer wavelengths and offering new perspectives for improving efficiencies beyond the Shockley-Queisser limit.”