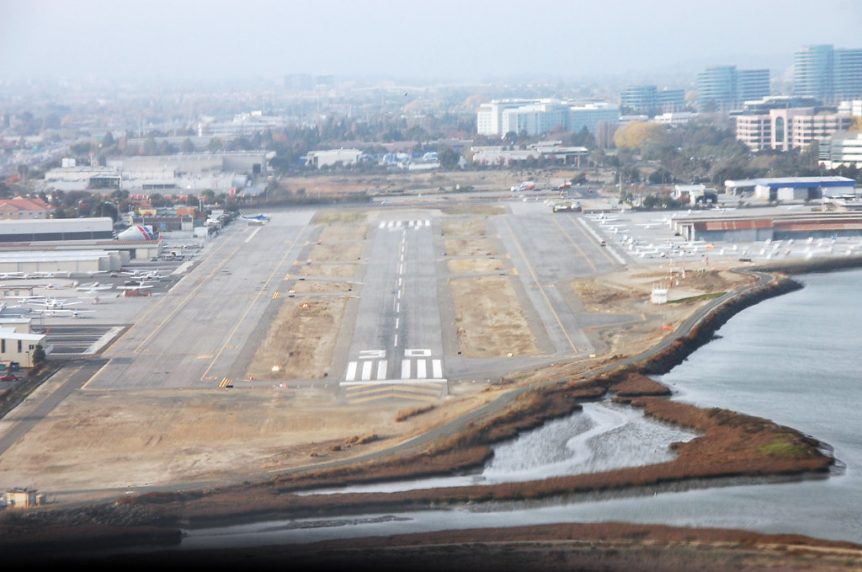 BlackBird Air, Inc., an on-demand flight service operating out of San Carlos, California, has announced it intends to buy 100 eFlyer 4s and 10 eFlyer 2s from Bye Aerospace.  These will augment the firm’s existing fleet of Cirrus SR22s and Pilatus PC12s in providing service to its customers.

As the San Francisco Chronicle explains, BlackBird has been called “the Uber of air travel,” an app-driven service that enables flights to cities like Burbank, Palm Springs and Las Vegas.  Sarah Feldberg, writing for the Chronicle, runs through the niceties of this different plane rental approach.  “The interface operates like any trip-booking app until you’ve selected your date and destination. Then, BlackBird prompts you to either join an existing flight or create your own by choosing an aircraft and departure time. For $408, you can fly a three-seater [plus pilot], single-engine Cirrus SR22 from Oakland to Tahoe City on May 24, leaving roughly whenever you’d like and arriving an hour later.”  Split three ways, each person pays a mere $136 for a one hour commute with no TSA and a flight in which every seat is a window seat. 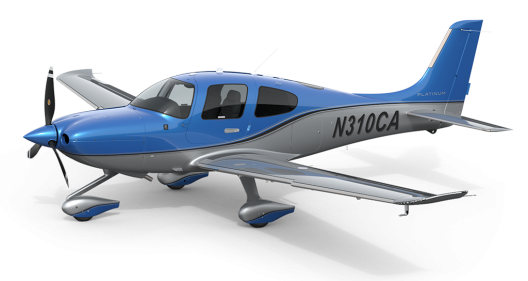 Those jumping on scheduled flights can pay as little as $99 for a trip of similar length.  BlackBird calculates this as being similar to, or less than, the cost of driving the same distance, coupled with the benefit of not spending hours behind the wheel.

BlackBird’s SR22s and their Pilatus PC12s burn fossil fuels and require expensive maintenance.  The SR22 consumes 10 to 12.5 gallons of 100-octane low-lead fuel every hour, and the PC12 burns 70 gallons per hour of Jet A.  Current prices in the bay area set the costs at about $55 to $60 per hour for the Cirrus and around $350 per hour for the Pilatus.

Sunflyer 4 (now eFlyer 4) in artist’s view. Once it jumps certification, logistics, and other hurdles, this and other electric aircraft could offer quiet, affordable aerial travel

The arrival of electric eFlyers should reduce energy costs for equivalent flights considerably.  “As engineer and entrepreneur Paul Touw told the Chronicle last year, based on data from the U.S. Department of Energy and Uber, an electric airplane could make a 50-mile trip at a 10 percent lower price per passenger than a standard bus — and in a third of the time.

“’This partnership will provide more flight options for cheaper,’ [CEO Rudd] Davis said of the Bye Aerospace deal. ‘If you could be in Tahoe in 45 minutes for $25, why would you ever choose to drive?’”  All of this seems quite wonderful, and might become more so with the level of quietness brought by the coming electric aircraft.  $25 would be just the operating cost, obviously.  Passengers would pay a low fare, though, for the privilege of flying in such an efficient machine.

Being Uber-like means that as it now stands, BlackBird and many other airplane rental operations do not necessarily own the aircraft they make available to the flying public.  Uber’s “app” allows passengers to make deals with drivers for the use of the driver-owned vehicle.  With BlackBird purchasing 100 eFlyer 4s, this relationship may change.  One might review this interesting and probably controversial write-up by  Doug Gollan. He describes himself thus, and wrote the article with the help of an aviation attorney.  “I am Founder and Editor of Private Jet Card Comparisons, the only independent buyer’s guide to jet card membership programs, and DG Amazing Experiences, a weekly luxury travel e-newsletter for private jet owners. I am also a contributor to Forbes.com.”

For now, BlackBird Air, Inc. limits its liabilities with this statement: “BlackBird Air Inc. is not a direct air carrier or air operator and does not provide air transportation. BlackBird Air Inc. is an online marketplace and may act as an agent when facilitating flights. Please refer to our Terms of Use and Privacy Policy for details.”

Students at nearby Carlmont High School in Belmont have reported on the noise complaints emanating from SurfAir’s use of the PC12s in particular.  Andrew Shao headlined an article about San Carlos Airport’s noise pollution problem with “Surf Air noisily returns to San Carlos Airport.”  Camille Dunning wrote, “Noise concerns at San Carlos Airport causes complaints,” detailing meetings by the San Mateo County Board of Supervisors to legislate restrictions on flight times to counter residents’ complaints.

As noted on the Scot Scoop web site, Students complete coursework on ethics, legal issues, and writing before being accepted onto the staff….”  Their reporting is excellent, and in pulling facts from other sources, highlights interesting facts.  “The Federal Aviation Administration (FAA) defines “noisy aircraft” as aircraft that operates at 74.5 decibels or more (At what distance? Editor’s question).  Just 17 of the 82 types of aircraft that use San Carlos Airport operate below that threshold, according to the Mercury News.”  Although directed mainly toward Surf Air operations, the same complaints would apply to similar machines operated by BlackBird.

That damning piece of news should hasten the urge, at least, to replace our aging fleet of fossil-fuel burners with modern, quiet technology.

eFlyers to the Rescue

Economically and Aurally, Bye Aerospace’s eFlyers should make life better for operators and residents.  As BlackBird replaces gas-fired SR22s and Cessnas with eFlyers, noise complaints should dissipate and operating costs decline.  They will still have the problems of noise complaints for their PC12s, just as Surf Air faces.

BlackBird’s press release explains, “For over a decade, Bye Aerospace has been hard at work building the world’s first certified electric plane. These planes are 75% less expensive and 5–10 times faster than driving a car. What’s that mean for you? Think about a place you love that’s five hours away by car, likely costing more than $100 in gas each way. As soon as next year, that same place will be 45 min and $25 away with BlackBird.”  Now those numbers may be a bit optimistic, But dropping the fuel costs and substituting much less expensive electric bills should make the bottom line much more profitable.

The Chronicle article tends to confirm the optimism.  “That’s because electric motors are extremely efficient. As engineer and entrepreneur Paul Touw told the Chronicle last year, based on data from the U.S. Department of Energy and Uber, an electric airplane could make a 50-mile trip at a 10 percent lower price per passenger than a standard bus — and in a third of the time.”

A Few Hurdles Left to Clear

Forbes magazine is taking this business seriously, explaining, “Regulations are another hurdle and part of the reason it’s taken Davis three years to land on a business model. In 2015, the FAA grounded a few startups, like AirPooler and Flytenow, that had tried building a flight-sharing model by connecting private pilots to passengers willing to pay. Flytenow even tried taking its case to the Supreme Court, but the court declined to hear it and the company shut down.”

Davis feels that by working as a chartering service that connects passengers with pilots and planes (a lot like Uber), low prices made possible by electric flight will draw customers.

Travelers should be crowding the doors when BlackBird’s electric aircraft start flying bay area skies.  Local council meetings should calm down as quietude returns to San Carlos Airport.  Let us hope that legal and logistical hurdles aside, electric flight brings inexpensive, reliable travel to the masses.