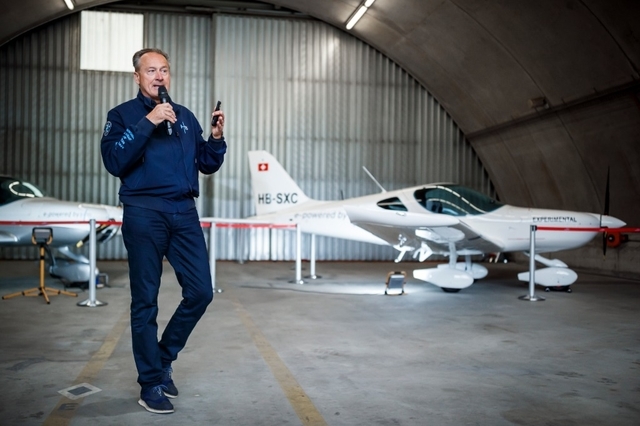 Leadership is about empowering people to make them owner of their world, and constantly challenging them to make them extend their known territory.”

Andre’ Borschberg’s current challenge, shared with Bertrand Piccard, involves their Solar Impulse Foundation, whose goal is to foster 1,000 solutions “that protect the environment in a profitable way.”  “Profitable” helps produce results, and with Piccard being a psychiatrist, ensures the self-interest that drives many also drives a certain level of altruism in saving the environment.

Borschberg and two other Solar Impulse leaders, Sébastien Demont and Gregory Blatt, founded H55 and produced a modification of the Silence Twister, a single-seat aircraft with a Siemens motor.  Their latest conversion, following their philosophy of, “Building up experience by flying existing airplanes with electric propulsion,” uses what looks like an Emrax motor in a Bristell Energic two-seat training craft.

Energic is an electric variant of a Czech Republic Light Sport Aircraft, with an electric power setup replacing the conventional Rotax engine. 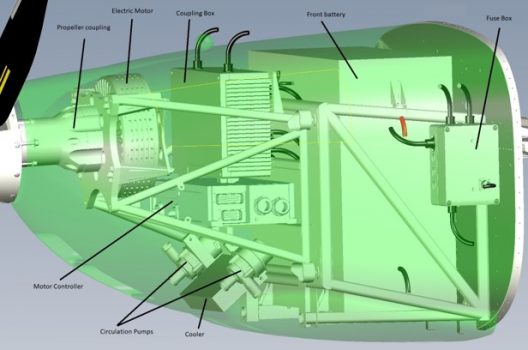 At the heart of the Energic, a modular 50 kilowatt-hour battery pack drives a 90-kilowatt (120.6 horsepower peak output), 65 kW (87 horsepower) continuous output motor for up to 90 minutes.  According to H55, the battery can be recharged in one hour. The battery system embedded in the wings, is controlled by a dual analog/digital battery management system (BMS).  Batteries include both 18650 and 21700 (18 millimeter diameter x 65 mm long and 21 mm diameter x 70 mm long) cells.  H55, working with authorities, hopes to certify the system CS23, Europe’s equivalent to FAR Part 23.  The European Union Aviation Safety Agency (EASA) oversees CS 23. 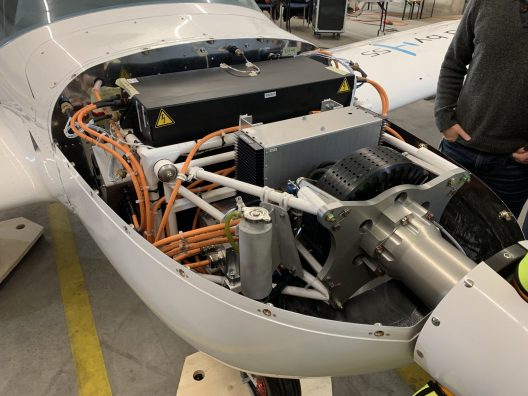 The Energic flies at a maximum weight of 850 kilograms (1,870 pounds) while carrying a payload of up to 200 kilograms (440 pounds) – enough for two substantial passengers and luggage.  Energic seems plenty energetic, with a climb rate of 900 feet per minute.  Operating costs are low, with a recharge, in Europe, costing a mere $7.00.  In the Portland, Oregon area, PGE would charge about $5.50 at normal rates.  Being able to do an hour of touch-and-goes for a total operating cost under $10 an hour would do a great deal to entice new students into learning a new skill. 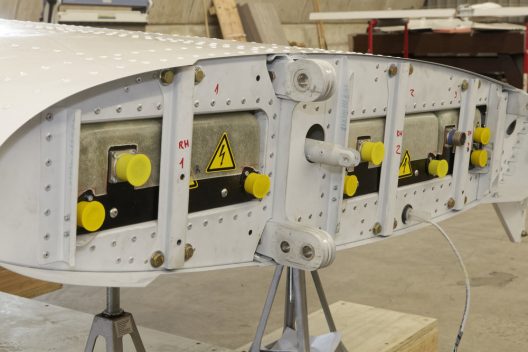 H55 explains, “The biggest challenge is not building and flying a prototype, rather certification. The gap between a first and a certified aircraft is considerable and that’s where H55 brings its expertise, experience and solutions.”  Again, that’s why the firm chose an established trainer as a test bed and eventual marketable choice for operators.

One of several trainers coming on the market and offering potential operating cost savings for flight schools, the Energic will find completion from Pipistel’s Alpha Electro and Bye Aerospace’s eFlyer 2.  Competition will improve the breed quickly and customer acceptance will increase competition.