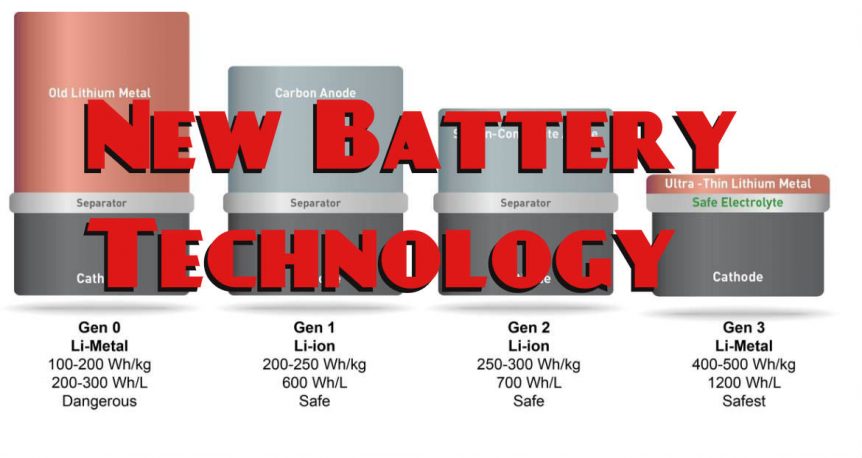 A paper by Charlie Bloch, James Newcomb, Samhita Shiledar, and Madeline Tyson of the Rocky Mountain Institute describing the near future of battery development predicts and accelerated pace of “the global energy transition” and the growing role of energy storage in “addressing the climate crisis.”  Will these “breakthough batteries” power us into the near future?

Their report* notes the economic investment and potential impacts of ongoing research, which to this editor seems minor when compared to the gravity of the ongoing climate crisis.  Researchers estimate “more than $1.4 billion invested in battery technologies in the first half of 2019 alone,” less than 10 percent of the $16 billion spent in 2016 on plastic surgery.  Apparently, saving the planet is not nearly as crucial as getting butt lifts and Botox wrinkle removals. 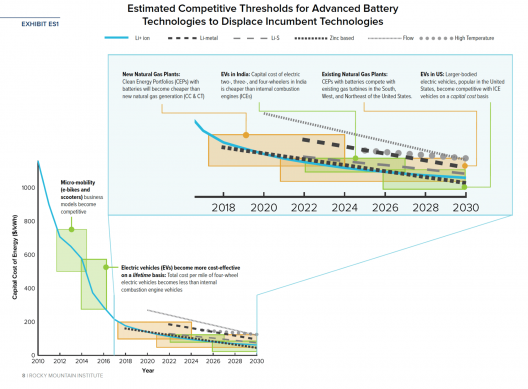 Regardless of how quickly new battery technologies come to fruition, it will take time to replace existing technology infrastructures – in which trillions are already involved

Despite this, the Institute insists, “… {M}assive investments in battery manufacturing and steady advances in technology have set in motion a seismic shift in how we will organize energy systems as early as 2030.”

More hopeful, “Increased demand for electric vehicles, grid-tied storage, and other emerging applications further fuels the cycle of investment and cost declines and sets the stage for mass adoption.”  Manufacturing investment totals around $150 billion, with capital costs for new planned capacity possibly dropping by more than half from 2018 to 2023.  Dropping costs have in turn incentivized purchases and further driven demand – and will push both lithium-ion (Li-ion) and new battery technologies across competitive thresholds faster than anticipated.”

The report provides an overview of the leading technologies and chemistries, including solid-state cells and flow batteries.  It explains that rapidly-increasing demand for different energy-storage is having an effect on investments in coal, natural gas and other fossil fuels, which leaves investors at the risk of seeing their money in those enterprises stranded in an economic wasteland.

Referring to Nobel Prize winner John Goodenough’s recent claimed battery breakthough, EVobsession reported, “Several manufacturing companies are interested in the new battery technology, and are currently working in getting it ready for mass production; however, a working product will be ready in a few more years from now.”  Since this was said two years ago, we might grow impatient waiting for mass production to take place.

“More specifically in March 2017, Professor Goodenough had this to say, ‘…we have done many tests with laboratory cells. Manufacturing a marketable battery cell will take about 2 years of development by a competent battery company, but we have over 50 companies showing interest to be able to perform tests of our results. I am optimistic that our tests will be verified and that product development will begin soon.’ These ‘…battery companies have shown interest in validating our findings and marketing products.’”

“Non-confirmed comments suggest that Tesla is aware of this technology.”

* Breakthrough Batteries Report includes the link in the RMI article.