One of the problems facing judges in the July Green Flight Challenge the CAFE Foundation is managing for NASA is that of determining fairly who gets the best fuel mileage.  Since “fuel” in this case can be traditional aviation gasoline, bio-diesel, electricity from batteries or solar panels, or some other energy storage medium, wildly different energy densities have to be taken into account.

If TSA “freedom feels” seem intrusive, the scrutiny applied to GFC entrants and their craft will be even more onerous.  Aircraft will be impounded once inspected and registered, and the only contact pilots may have with their planes before taking off will be to “top off” their fuel tanks or batteries just before the start of their flight – all under constant monitoring.

The widely and wildly differing energy densities for the different forms of motive power require careful definition of energy equivalencies.  One pound of gasoline, for instance, equals about 20,000 BTU, or 5.8 kilowatt hours, and would require 156 pounds of lead-acid batteries as an equivalent.  The Nissan Leaf’s lithium battery pack weighs about 600 pounds and provides an average of 100-126 miles of driving for the four-seater.   An equivalent gasoline-powered Nissan, say the Versa, would require about 3.5 gallons (21 pounds) of fuel to accomplish the same. 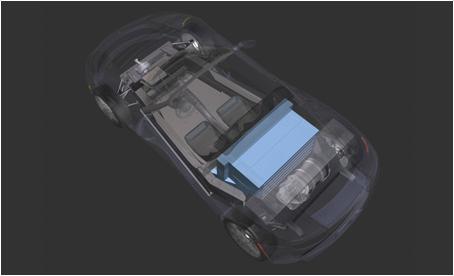 CAFE’s rules for the competition include the following definition as a basis for energy comparisons.

BTU: British Thermal Unit, a measure of energy based upon the amount of heat required to raise the temperature of one pound of liquid water by one degree from 60° to 61°Fahrenheit at a constant pressure of one atmosphere. 1000 BTU equal 0.29307107 kWh, making the 115,000 BTU energy content of 1 gallon of 87Octane unleaded auto gasoline be equivalent to: 33.7 kWh.

A white paper created by the CAFE Energy Committee spells out the protocols to be followed.  For gasoline-powered craft, highly precise measurement of the aircraft’s removable fuel tank weight before and after the flight will be used to determine actual fuel use.  For electrically-powered airplanes, an “’eTotalizer’ coupled to a recording small Netbook computer that also records GPS position and speed” will determine total energy use, corrected for any “energy dissipated in the current shunt.”

Fuel use by hybrid electric aircraft, or those filled with liquid or gaseous power sources, including pre-approved and characterized bio-fuels, will be measured in a manner similar to that used for gasoline-powered entrants.

In all cases, the Foundation is pledged to the scrupulous adherence to the rules and to ensuring that the comparison between the apples, oranges, bananas, and doughnuts of the energy spectrum is carried out fairly.  It’s a challenge CAFE is proud to embrace.