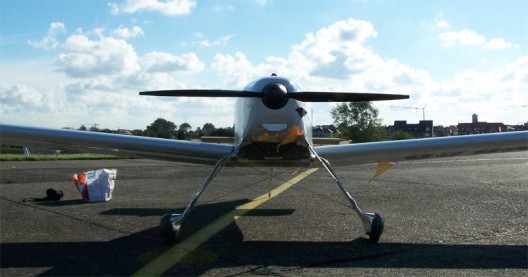 Soullier hit 189.87 kilometers per hour (117.72 mph) in his Colomban MC30E on September 29, 2012, claiming the RAL1E sub-class record for speed over a straight course, and now “owns” all four records in that class, limited to single-place landplanes with movable controls and electric power.

These are impressive achievements,  all set with brushed, Lynch-type electric motors, a relatively simple approach to electric flight, and supplied by Anne Lavrand’s firm Electravia, headquartered in Sisteron, France.

Congratulations to all concerned.  For the rest of us, these are records that could be challenged with reasonably low cost aircraft and a truckload of dedication – as shown by Jean Luc over the last several years.