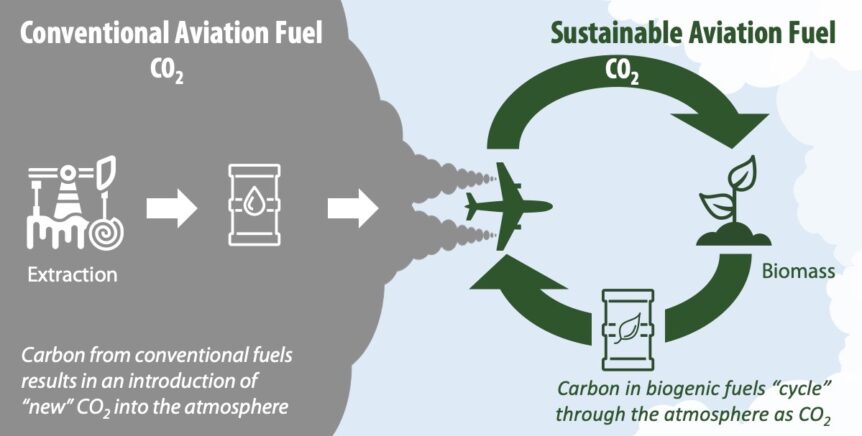 Cement, a prime component in concrete, is a major source of the greenhouse gas CO2, according to the Princeton Student Climate Initiative (PSCI). 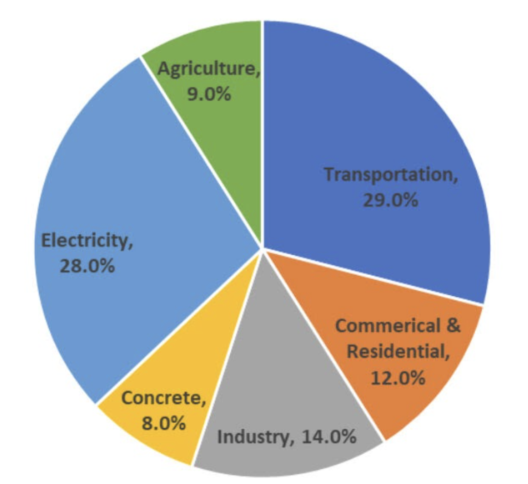 CO2 from cement makes up about half of the emissions from concrete. Perhaps more important, removing CO2 from fuel will cut even more emissions

The group reports, “Cement is made by firing limestone, clay, and other materials in a kiln. CO2 is emitted from the energy used to fire the material, and the chemical reaction produced from the mixture when it is exposed to heat. According to the National Ready Mixed Concrete Association, each pound of concrete releases 0.93 pounds of carbon dioxide. Since concrete is such a widespread item, the amount of CO2 released in the industry continues to grow.”

Cleaning Up the Process

How can cement makers reduce their contribution to global warming and make sustainable aviation fuel (SAF)?  The question may seem ludicrous at first glance, but CEMEX, a worldwide manufacturer of cement, has successfully deployed hydrogen-based technology to reduce CO2 emissions in its operations.

Tested in Spain in 2019, hydrogen is now a part of all European CEMEX plants’ fuel mixes, and the company is “moving fast” to implement this in its global operations.  Increased amounts of hydrogen will be added as fuel, replacing fossil fuels and reducing CO2 emissions “in the short term.”  Such reductions are part of the company’s ambitions to achieve “a global target of a 35% reduction of CO2 emissions per ton of cementitious products by 2030.  By 2050 CEMEX plans to deliver net-zero CO2 concrete to all its customers globally.

Roberto Ponguta, CEMEX Vice-president of Global Operations, Technical and Energy. Explained, “The fast adoption of this new hydrogen-based technology is a clear example of CEMEX’s innovation efforts and its strong commitment to decarbonize the cement production process.”

At its Rüdersdorf plant in Germany, CEMEX will join ENERTRAG and Sasol ecoFT in a consortium to produce e-kerosene, “which, once certified, can be blended to constitute up to 50 percent of jet fuel.

Green hydrogen, generated “exclusively” from wind and solar energy, will be provided by ENERTRAG.  CO2 from the Rudersdorf plan will initially provide 100 tons per day.  These gases will be combined in Sasol ecoFT’s “innovative technology” to produce the e-kerosene. 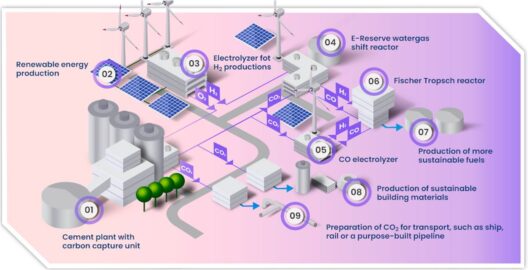 CO2, CO and H2 from varied sources are combined, fed through Fischer-Tropsch reactor to produce SAF

GreenCarCongress explains, “Sixty per cent of the carbon emissions in the cement production process come from the chemical reaction that occurs in cement kilns. To reach carbon neutrality, these emissions must be captured, stored, or repurposed in some way.”

Plans include two phases.  The first will combine Rudersdorf’s 100 tons of CO2 per day with ENERTRAG’s 12 tons of hydrogen to produce 15,000 tons of electric kerosene

The second will use larger quantities of hydrogen supplied by pipeline.  Part of ENERTRAG’s IPCEI (Important Projects of Common European Interest) project, “Electrolysis Corridor East Germany,” will increase the capture of CO2 by 300 tons per day.  Renewable energy will produce 40 tons of green hydrogen per day and 35,000 tons of e-kerosene per year.

Benefits will include reduction of air pollution from cement production, clean production of sustainable aviation fuels, and overall expansion of hydrogen production.