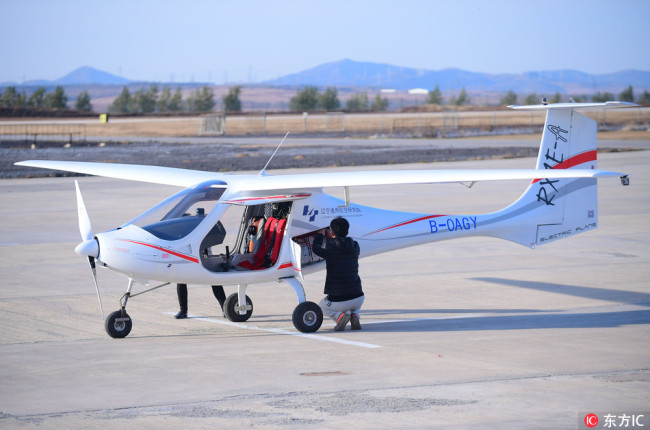 China Global Television Network, or CGTN, reports on an updated version of an electric airplane that first took flight in 2015.  The original RX1E could fly for 45 minutes on its battery pack, limiting its utility.  The RX1E-A’s six lithium battery packs can keep the new machine in the air for up to two hours and achieve a maximum speed of 160 kilometers per hour (99.4 mph).  This type of performance makes it more suitable for training and cross-country flights.

Similar to a long-winged version of Pipistrel’s Alpha Electro Trainer, soon to be produced in China, the RX1E-A grosses out at 600 kilograms (1,320 pounds), suitable for most Light Sport Aircraft regulations.  It will be interesting to see if production plans match those for Pipistrel’s electric trainer, and if this leads to a healthy competition between the two companies.

Designed and built by the Liaoning General Aviation Academy (LGAA), the plane made its maiden flight from the Caihu airport in the city of Shenyang, Liaoning Province, on November 1, 2017.  Chen Zhanwei, the test pilot, expressed his satisfaction with the test flight.  “Flying this plane is like driving my Volkswagen sedan. It is so easy to control that even a beginner can handle the machine.” 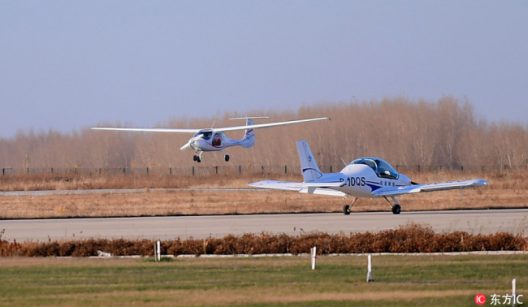 RX1E-A landing after its successful flight

Zou Haining, deputy head of the Liaoning General Aviation Academy, shared the enthusiasm.  “We believe there’s a big demand for that type of electric plane, which can carry a bigger load on longer flights. It would transport both people and goods, and we will continue to improve the performance of electric planes.”

Zou said that the Academy will soon begin development of a four-seat electric craft, adding to what looks to be an expansive future for the group.  Since the two-seater requires only two pound sterling ($2.64) per hour for recharging, training can be provided at a cost level significantly lower than that for fossil-fuel powered aircraft.  A similarly thrifty four-seat machine would make cross-country touring an enjoyable and inexpensive possibility. 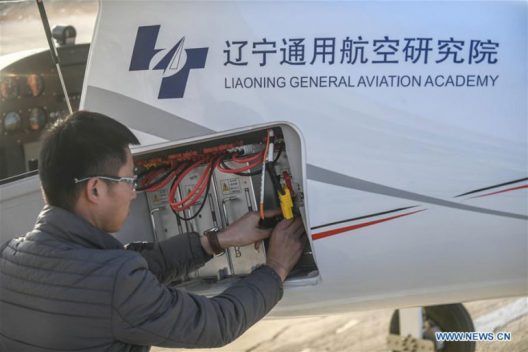 With 128 orders reported for the original airplane, the improvements in the latest edition should bring even greater sales.  With two companies in China pointing toward the possible mass production of electric airplanes, future flight may indeed be cleaner and greener.