Chip Yates, founder and head of the Flight of the Century, has been honored by the Federation Aeronautique International for records set in 2013.  Chip’s web site announced the honor last week.

“Record-setting entrepreneur and pioneer Chip Yates will be honored on October 16 by the World Air Sports Federation (Federation Aeronautique Internationale) for changing the course of aviation history.

“Yates has been selected to receive the FAI’s Louis Bleriot Medal for his record-setting flights in 2013, which established new international landmarks in speed, altitude and distance for electric flight. 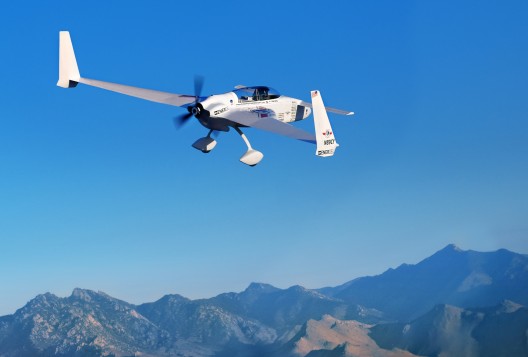 “The award will be presented at the Opening Ceremony of the FAI General Conference in Pattaya, Thailand, where Yates will become part of the distinguished list of honorees since 1936 who have made outstanding contributions to aeronautics and astronautics. Prior honorees include the inspirational Dick Rutan and other aviation greats from the US, Switzerland, Austria, Canada, Italy, Finland, Australia, the UK and elsewhere.

“Yates paid tribute to those who have worked with him to push electric aviation to the forefront. ‘This is thanks to your efforts to turn a far-fetched dream into reality,’ he said. ‘And we’ve only just begun!’”

The FAI web site explains the Medal was established in 1936 in memory of Louis Bleriot, first to fly the English Channel and former Vice-President of the FAI.  Although “three Medals may be awarded each year to the respective holders of the highest records for speed, altitude and distance in a straight line established in the previous year by light aircraft of the first three sub-classes, as defined in Section 2 of the Sporting Code,” such records are not easily attained.  Chip is the first winner in four years, for his record in his Long-ESA (Electric Speed and Altitude) in the C-1b Group VI class: Electric Land Airplanes weighing 1,102-2,205 pounds.   His flights last year between September and November included this noteworthy record, ratified earlier this year by the FAI.