Relatively unknown to American pilots, Germany’s largest ultralight aircraft manufacturer, Comco Ikarus in Mengen, was able to announce the first flight of its successful two- seater C42 / CS as an electric version just before the start of AERO, the annual aircraft exposition in Friedrichshafen. 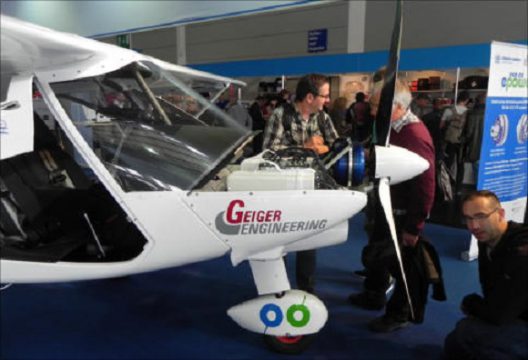 Comco’s C42 CS forms the basis for the electric version.  The avgas-powered version flies with either an 80-horsepower or 100-horsepower Rotax engine, the electric version with a 32-kilowatt (50 horsepower) electric motor from Geiger Engineering.  Geiger’s power package includes their dedicated controller, control lever, and monitoring instrument.  Four battery packs, 15 kilograms (33 pounds) each, power the prototype, but production versions will have six packs, enabling flight times of up to 90 minutes. 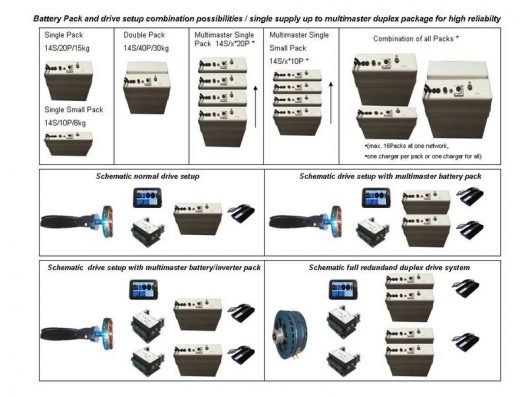 The first electric flight was completed by Comco Ikarus’ managing director Horst Lieb on April 15, 2018.  Comco notes, “The complete electrical unit with batteries is only marginally more expensive than the combustion version.”

The aircraft, with a span of 8.71 meters (28.6 feet) and an empty weight of 280.5 kilograms (617.1 pounds), is small and lighter than most Light Sport Aircraft (LSAs), and can carry a 192 kilogram (422.4 pound) payload in its Rotax powered version.  The manufacturer explains the airframe had to be modified for electrification but does not list specifications for the battery-powered prototype.  Battery weight with four packs will be 132 pounds, 30 pounds more than the 17-gallons (102 pounds) of fuel carried in the Rotax machines.  Performance on the 50 electrical horsepower will doubtless be less sprightly than for even the 80-horsepower gas edition.

For those concerned that the machine’s light weight might indicate a certain fragility, consider this video your editor chanced upon, showing a C42 pilot chasing a wing-suit flyer down a perilous mountain slope.  Kids, don’t try this at home!  (Or is this a wee bit of digital trickery?)

Canadian and American sales are handled by the Canadian distributor in Ontario, and it will probably be a while before the electric ultralight/LSA becomes available.  If electric prices stay close to those for the LSA models (below $65,000 US) the airplane might be a popular favorite.  After all, over 1,400 have been sold in Europe, making it one of the most popular light aircraft on the continent.