Hydrogen has several demerits in coming to the energy market.  A primary issue for H2 critics – that hydrogen requires more energy to produce than it gives back – may have been answered by Dr. Percival Zhang of Virginia Tech’s Department of Biological Systems Engineering, which is in both the College of Agriculture and Life Sciences and the College of Engineering.  We’ve covered his work before, usually in terms of turning corn into biofuels or in finding biological ways to produce hydrogen with low energy input. 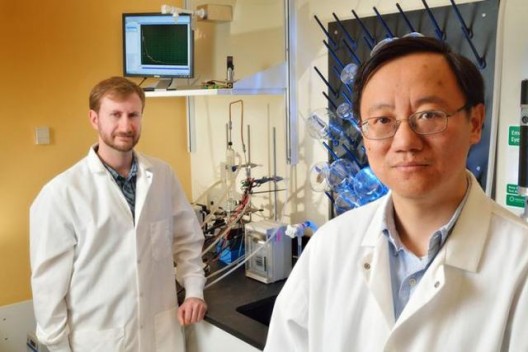 Part of his exploratory mandate comes from his ECHo cycle.  “I wish to suggest constructing the electricity-carbohydrate-hydrogen (ECHo) cycle… could meet four basic needs of humans: air, water, food and energy, while minimizing environmental footprints. In it, electricity is a universal high-quality energy carrier; hydrogen is a clear electricity carrier; and carbohydrate is a hydrogen carrier, an electricity storage compound and sources for food, feed and materials. By using this cycle, we could replace crude oil with carbohydrates (CH2O), feed the world, power cellular phone[s], produce renewable materials, etc.”

Zhang and his researchers have used sugar cane and corn as means to produce biofuels, and found ways to break down xylose, an abundant sugary component of plants, to produce hydrogen with very low heat and therefore low energy inputs.

Better yet, he’s advanced his program to use non-food materials – in this case corn stover, the stalks, cobs, and husks from that plant – to produce hydrogen, fulfilling at least part of his ECHo philosophy.  Leaving the kernels for people and animal feed, the usually non-edible parts of the plant supply the energy to maintain our high-flying lifestyle with minimal environmental effects to air and water. 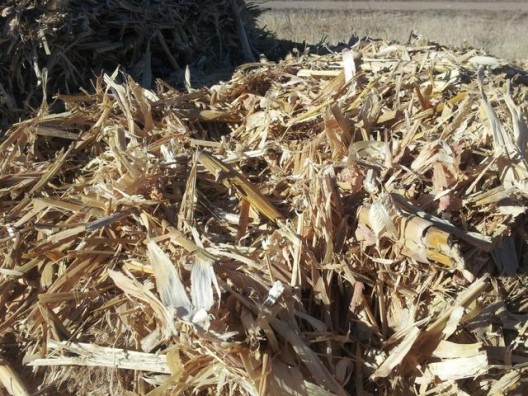 You and the cattle will never eat this, but it makes great hydrogen fuel

Virginia Tech says, “The team’s findings, published Monday in the Early Edition of the Proceedings of the National Academy of Sciences, could help speed the widespread arrival of the hydrogen-powered vehicles in a way that is inexpensive and has extremely low carbon emissions.”  For those who want to pursue the findings, the Proceedings makes this article available as an open-source document.

Zhang explains the importance of the work.  “This means we have demonstrated the most important step toward a hydrogen economy – producing distributed and affordable green hydrogen from local biomass resources. The team already has significant funding for the next step of the project, which is to scale up production to a demonstration size.”

Joe Rollin is a former doctoral student of Zhang’s at Virginia Tech and co-founder with Zhang of the start-up company Cell-free Bioinnovations. He graduated in 2013 with a doctorate in biological systems engineering.  He and Zhang are building on previous work with xylose “to develop cell-free enzymatic biosystems that can economically competitive produce biofuels (e.g. hydrogen, electricity), biochemicals, fine chemicals, biomaterials, food and even feed from nonfood biomass.”  They’ve received over $375,000 in funds from the National Science Foundation and the U. S. Department of Energy.

Virginia Tech explains, “Rollin used a genetic algorithm along with a series of complex mathematical expressions to analyze each step of the enzymatic process that breaks down corn stover into hydrogen and carbon dioxide. He also confirmed the ability of this system to use both sugars glucose and xylose at the same time, which increases the rate at which the hydrogen is released. Typically in biological conversions, these two sugars can only be used sequentially, not simultaneously, which adds time and money to the process. “

Rollin’s alorithmic model tripled reaction rates, decreasing the required facility size to about that of a gas station, which reduces associated capital costs.  Localization of manufacturing and distribution could help solve one of the major impediments to hydrogen’s acceptance – the lack of a hydrogen infrastructure.

Each one of these gas station-sized centers would benefit from the efficiency of the process, “at least 10 times that of the fastest photo-hydrogen production system,” according to Virginia Tech.  The reaction takes place at “modest conditions,” with the high-purity hydrogen easily separated from aqueous reactants and enzymes – ready to be used in fuel cell vehicles.

“We believe this exciting technology has the potential to enable the widespread use of hydrogen fuel cell vehicles around the world and displace fossil fuels,” Rollin said.

The project was funded in part by the Shell GameChanger initiative and the National Science Foundation’s Small Business Technology Transfer program.