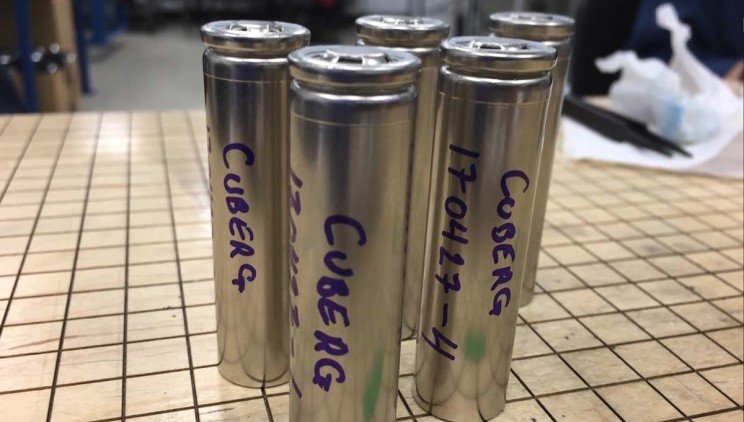 Cuberg’s recent test between their battery and a conventional lithium-ion battery resulted in the Cuberg battery keeping a drone flying 70-percent longer.  Given that the test is for two packs of equal weight, the result is an impressive one.

Cuberg’s co-founder and CEO has prepared for this success since his undergraduate days as a SURF (Summer Undergraduate Research Fellowship) Fellow, putting his summer vacations to good use.  He used the knowledge and experience he gained in three summer fellowships to help lead a dozen students “to design and develop innovative and efficient mechanical systems (including HVAC, hot water, insulation, appliances, and more) for the Solar Decathlon net-zero house competition.”  The team won first place in the hot water contest and second place in the engineering contest in the Decathlon.

Since then, he worked as an intern at Tesla Motors, using “physical, chemical, and electrochemical characterization techniques to study the degradation mechanisms of Li-ion batteries at the Cell Research Lab.”  This led to the discovery of “a novel degradation mechanism in the battery cathode.”

He was a Ph.D. candidate at Stanford under Dr. Yi Cui from 2011 to 2016, and acted as an engineering advisor.  Obviously talented, he was accepted into Cyclotron Road, Cyclotron Road, “A home for top entrepreneurial researchers to advance technologies until they can succeed beyond the research lab. Its purpose: support critical technology development and help identify the most suitable business models, partners, and financing mechanisms for long-term impact.”

The long-term impact of his firm’s batteries may be significant.  With batteries being the major obstacle to hundreds of enterprises embarking on the road to producing viable electric vertical takeoff and landing or conventional aircraft, 70-percent improvements in range and endurance are noteworthy.

The company’s web site defines Richard Wang’s goals for it.  “Cuberg is an energy startup company developing a new generation of safer and higher energy batteries based on an entirely new chemistry coming out of research at Stanford University. Our technology will power the portable electronics of the future and bring about electric vehicles with improved affordability and range.”

Cuberg’s battery structure.  A great deal depends on the stable electrolyte that makes the use of a lithium metal anode possible.

A big part of Cuberg’s success comes from its electrolyte, the source of concern in conventional Li-ion cells.  Cuberg notes that scaling up the energy demand on batteries makes their fire hazard grow.   Not being able to vent gases from a hot battery leads to overheating and thermal runaway.  Cuberg’s electrolyte is stable, even when overheated.  Their electrolyte can even be incorporated into existing batteries, with safer operation as a result.  But Cuberg’s combination of a lithium metal anode, proprietary electrolyte, and high-energy cathode probably enabled that 70-percent endurance advantage in their recent test.

We can hardly wait for the company to achieve commercial breakthroughs that equal their battery advancements.  Boeing and the Department of Energy have helped with funding in the last year, with Boeing having a vested interest in seeing company possibly provide batteries for their Zunum electric airliners.