Sumon K. Sinha, Ph.D., P.E., and head of Sinhatech, had a part in the recent Federation Aeronautique Internationale (FAI) record by Mr. Jean-Luc Soullier and recorded in a blog entry on March 10.

Dr. Sinha wrote that, “CAFE Foundation’s Blog on March 10th, 2012 did not mention that the Colomban MC-30 aircraft had Sinhatech’s Deturbulator tape treatment on the wing upper surface as shown in the attached photograph. I would like to have this added to complete the description of the aircraft.” 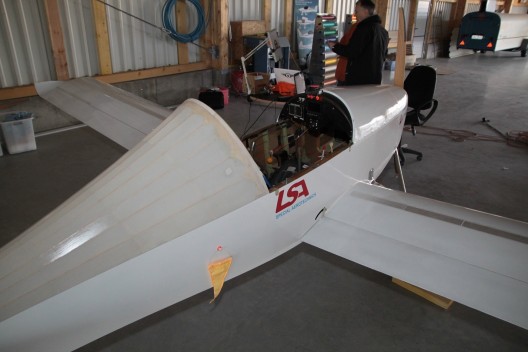 Sinhatech Deturbulator tape is an innocuous-looking strip applied along the span of a wing at a point which will trigger a response from the tape, which oscillates in the airflow, increasing lift and mitigating skin friction, according to company white papers.

The Sinhatech web site has a great deal of test data, including a thorough analysis by Dick Johnson, a soaring pilot who exemplified scientific precision in his flight test reports.

The last independently verified test with Deturbulators was on a Standard Cirrus sailplane by Dick Johnson: ‘A Flight Test Evaluation of the Sinha Wing Performance Enhancing Deturbulators,’ SOARING and Motorgliding Magazine….”

These tests are in the Sinatech web site, and include this interesting line from the flight test summary.  “Evaluating this deturbulator prototype by time honored means applied to rigid wings yields a respectable 5% improvement. However, at 50 kts (IAS) the data in this test series, as well as prior test flights, are well established at a point far beyond the reach of the traditional 4th order polynomial fit to glide ratio points. These data indicate a best glide ratio improvement in the range 13% to 18%.”

Dr. Sinha acknowledges, “The current test does not conclusively show how much the Deturbulators contributed. It is however worth recalling that the 200-kg Luciole had only 4.7-kWh of battery power on board and no mechanism for in-flight recharging. Also, the actual airspeeds flown were well above the 136.5 km/h (84.63 mph) average ground speed due to rapidly changing 20-25 km/h (12.4-15.5 mph) winds coming off the mountains surrounding the airfield in Sisteron, France [home field for Anne Lavrand’s Electravia operations].  It is doubtful that the Luciole would have been able to complete the record without Deturbulators and still have about 1-kWh in reserve for landing maneuvers and taxiing.” 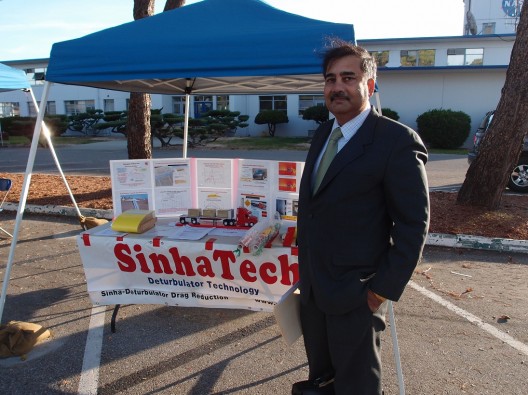 To hear more about Deturbulator tape and the many applications Dr. Sinha has found for this product, including increasing fuel mileage on 18-wheelers, be sure to attend the sixth annual Electric Aircraft Symposium in Santa Rosa, California, April 27 and 28.  Register online to be there for this year’s assembly of stellar speakers.