Ascendance Flight Technologies, a French firm developing an electric Vertical Take Off and Landing (eVTOL) aircraft, has doubled down on its original, smaller airplane.  Originally a four-seat, hybrid-powered machine with three lift fans, Atea has retained the name, but grown considerably. 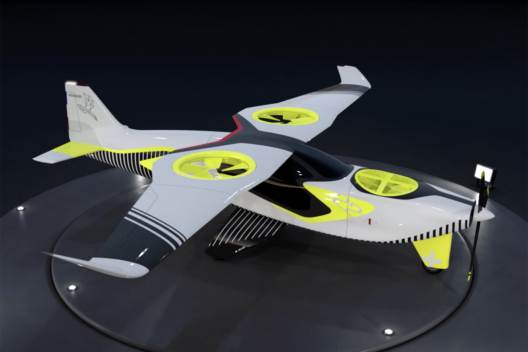 Atea now has eight lift fans and two horizontal propellers arranged in a push-pull configuration.  It can carry its five passenger in a “Skyview cabin” for 400 kilometers (248 miles)  Powered by its modular “Sterna” hybrid-electric propulsion system, the craft will hit as yet unspecified speeds, but within a two-hour range, that will probably be about 124 mph.

An expansion of their original design, Atea comes from a group of former Airbus e-Fan engineers and technicians.  The web site explains, “Ascendance was cofounded in 2018 by Jean-Christophe Lambert, Benoit Ferran, Clément Dinel and Thibault Baldivia, who together have 26 years combined experience and expertise working on hybrid and electrical aircrafts: from Airbus on the E-FAN all-electric aircraft to Atea today. The four partners, all graduates of France’s top aerospace engineering and business schools, are driven by a common mission: to leverage the vast potential of electric technologies to develop sustainable flight solutions for today and tomorrow.”  Even the advisory board comprises former Airbus, Renault, and Safran Group leaders.

Besides providing medium-range regional transportation, Atea will be available for missions such as sightseeing or surveillance and patrol, according to Ascendance.  Designed “in compliance with the requirements of EASA (European Aviation Safety Administration) SC-VTOL regulations… the aircraft also meets current operational requirements under Air Ops Regulation on flight routes and flight reserves.”

If all goes well on a doubtless accelerated schedule, Atea will be ready for display at the Paris Olympics in 2024, although it’s not clear whether it will fly during the event.  Ascendance has been named as one of the airframe developers for Urban Air Mobility in the Paris Region.  They join an international assemblage:

Related groups will work on operations, infrastructure, airspace integration, and public acceptance.  Some have plans for transporting Olympics attendees to the events in sky taxis, although one can only speculate on total numbers.

Aside from renderings of what Atea may look like, details on performance and the modular power system are limited.  Ascendance looks forward to better batteries, and transitioning from currently available fossil fuels to SAF – Sustainable Aviation Fuel – and even hydrogen fuel cells for extending the range of the craft. 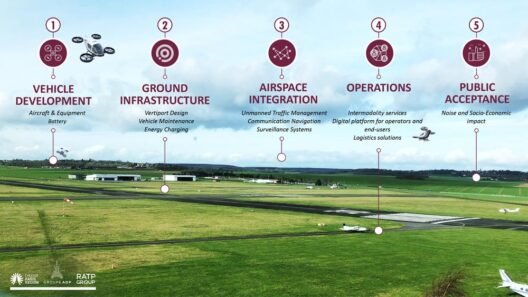 How the team is able to integrate its machine with the plans for Paris airspace and a more regional future expansion will form an exciting chapter in this start-up’s development.  We wish them well.