Dr. Eric Darcy, the battery group leader at NASA’s Johnson Space Center in Houston, Texas was selected last year as an Innovation Ambassador, and worked with the National Renewable Energy Laboratory (NREL) in Golden, Colorado to devise mathematical models for lithium ion battery performance.  This was part of NASA’s Innovative Partnerships Program, which allows some of NASA’s most talented scientists and engineers to work at several of America’s leading innovative external research and development organizations.

NASA explains that the “inaugural group of ambassadors is initiating the planned annual program targeting opportunities to create NASA partnerships and new innovation sources outside of the traditional aerospace field. During assignments of up to one year, the NASA ambassadors will share their own expertise while learning about innovative products, processes and business models. After returning to NASA, the ambassador may share new ideas with co-workers and implement innovations within their organizations.”

Dr. Darcy’s work has far-reaching consequences, especially since it involves the design of batteries that will fly into space for three to five-year missions, and some packs destined to be used on spacesuits – an absolutely critical, fault intolerant application.  The criteria for performance and safety are much the same as those used for our light aircraft and powered sailplane applications, however.

Weight considerations favor lithium cells, but lithium ion cells must be handled with care.  In response to a question regarding the relative safety of lithium ion cells vs. LiFePO4 cells, Dr. Darcy noted, “Although, I agree that … iron phosphate would have been a safer choice, the volumetric energy density (Watt-hours per liter) and specific energy (Watt-hours per kilogram) requirements for the spacesuit battery were too high to allow use of that electrochemistry. In addition, we wanted a chemistry with sloping discharge curves so we could use OCV (open circuit voltage) as an indication of charge.  [Iron phosphate battery] curves are very flat. 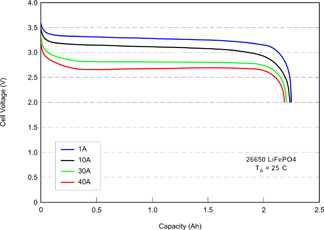 “Our rationale for acceptance is that we have adopted every practical risk mitigating measure for this battery design in terms of design, fabrication, test, analysis and operations. These significantly reduce but don’t eliminate all risk. We presented that approach and its results to our Shuttle and Space Station management for them to accept the residual risk of a cell thermal runaway.”

His presentation at the CAFE Foundation’s fourth annual Electric Aircraft Symposium in Rohnert Park, California on April 23 detailed the means by which NASA mitigates potential failures, starting with the manufacturing processes and carrying on through handling, potential abuse, and charging and discharging protocols.

Ignoring the fine points of any of these can lead to thermal runaway in the individual cells or the entire battery pack.  Thermal runaway is a destructive loop that starts with one thermal event triggering another and increasing the amount of thermal energy released until there is nothing left to combust.  Such an event on the wearer’s spacesuit backpack would be disasterous indeed.

Twisting the tiger’s tail, Darcy and his associates abuse cells under test by inserting aluminum/copper “coins” into the battery pack and deliberately inducing short circuits.  This allows them to measure the degree of thermal runaway that occurs, and to develop approaches to fabrication and use that mitigate or eliminate the possibility of such catastrophic consequences.