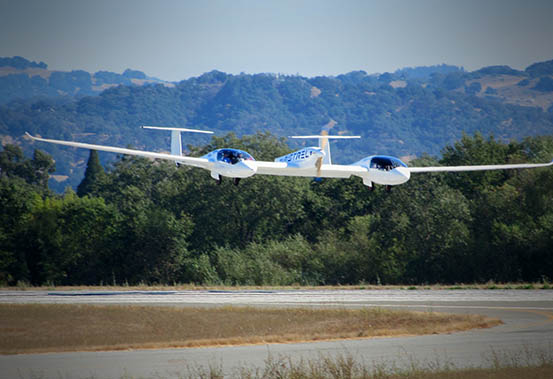 Speaking at the first annual Sustainable Aviation Symposium at the Sofitel San Francisco Bay on May 6, 2016.  Dr. Joseph Kallo focused on hydrogen as a more than potential fuel for future flight.  He stressed that H2 fuel development was further along than one would think, and shared several examples to promote that thought.

A Busy Man, a Storied Airframe 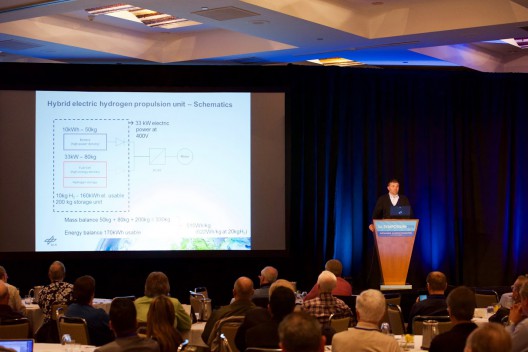 Dr. Kallo is DLR (Deutsches Zentrum für Luft-und Raumfahrt – German Center for Air and SpaceTravel) Coordinator of Electrical Aviation for Germany’s equivalent of NASA, oversees work at the DLR Institute of Engineering Thermodynamics, which has worked with Pipistrel in Slovenia to convert the Green Flight Prize winning Pipistrel G4 to the hydrogen-powered HY4.

He’s also Institute Director at the Institute of Energy Conversion and Storage, Ulm University.  That group provides expertise on hybridization for the HY4 project.  Ulm partners with aircraft designer Pipistrel, fuel cell provider Hydrogenics, and DLR to make the aircraft a reality.  H2Fly will operate the HY4 and will be responsible for the certification process, and will operate out of Stuttgart Airport as the craft’s home field.

Stuttgart will provide only one of 60 fields designated to support a network of H2 refueling stations for a sky-taxi-like operation, with HY4s and their successors providing on-demand commuter service for up to three passengers at a time.

FuelCellToday explains, “The proton exchange membrane fuel cell (PEMFC) uses a water-based, acidic polymer membrane as its electrolyte, with platinum-based electrodes. PEMFC cells operate at relatively low temperatures (below 100 degrees Celsius) and can tailor electrical output to meet dynamic power requirements.”  Dr. Kallo explained the effects of feed gas humidification on the performance of PEMFCs and the importance of control of this function.

In the HY4, a series of stacked fuel cells convert water and oxygen in the fuel tank into water and electrical energy.  In cruise, the fuel cell supplies the electric motor with up to 45 kilowatts (60.3 horsepower). A high-performance lithium battery (21 kilowatt hours) covers peak power loads during take-off and when climbing altitude. 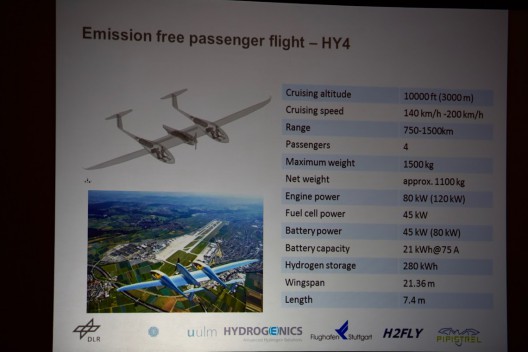 HY4’s essentially hybrid battery/fuel cell drive system should provide added safety for passengers.  FlugRevue reports, “In recent months, the DLR research team has already successfully tested claims to the driveline in the laboratory. To withdraw, the drive for the three-minute period must reliably provide a maximum take-off power. This was already demonstrated for more than ten minutes. The interaction of the fuel cell with the high-capacity battery, which is used as a buffer and an additional security system, could also be detected in the laboratory in a simplified form. This leaves the way open to incorporate a first version of the drive system in the four-seater passenger aircraft HY4.”

With gaseous hydrogen on board, the HY4 will have a range of approximately 750 kilometers (465 miles), and with liquid hydrogen, 1,500 kilometers (930 miles).  Considering that the airplane when it flew as the battery-powered G4 met the challenge of going 200 miles, H2 gives real advantages for range and endurance. 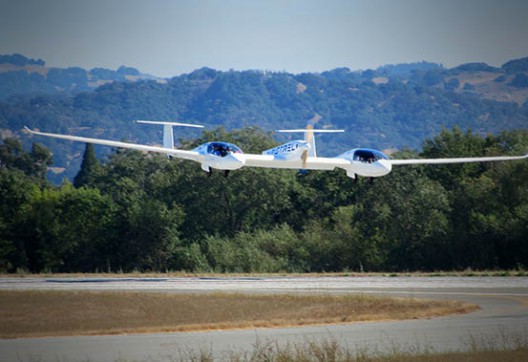 G4, powered by only batteries, landing at end of Green Flight Challenge Flight, 2011

HY4’s 21.36-meter (70-foot) wingspan will carry its maximum weight of 1,500 kilograms (3,300 pounds) at a cruising speed of 145 kilometers per hour (90 mph), rapid enough transit for a relatively small country like Germany.  Since everyone on board gets a window seat and scenic views abound, passengers may well enjoy the time aloft.  Travel times may not be appreciably less than those offered by high-speed driving on the Autobahn, but the experience should be more relaxing with the near silence of the aircraft and the lack of Porsches and Ferraris zipping by.