Dr. Jaiwon Shin, NASA Associate Administrator for Aeronautics, will close the Friday, April 25 session of the eighth annual Electric Aircraft Symposium with his keynote address, “The NASA Aeronautics Vision and Strategy – How It Relates to Electric Aircraft.” 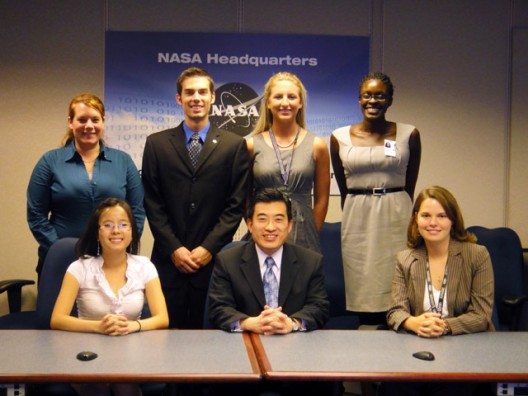 Dr. Shin (front, center) meets with students from NASA Langley Research Center in this 2010 photo. “Dr. Shin and the others seemed to be genuinely interested in our work at NASA Langley and gave great words of encouragement and advice after our presentations,” said [one of the students]. “They really made me feel as if I were contributing toward the future of NASA.”

Its first presidential policy for aeronautics research and development (R&D) was ratified by Executive Order 13419 in December 2006, and now guides such research until 2020.  Dr. Shin oversees and sets policies for an array of explorations into aerodynamics, propulsion, air traffic control – including NextGen, aviation safety, and the integration of such technologies into broader economic and strategic concerns at the national and international levels. 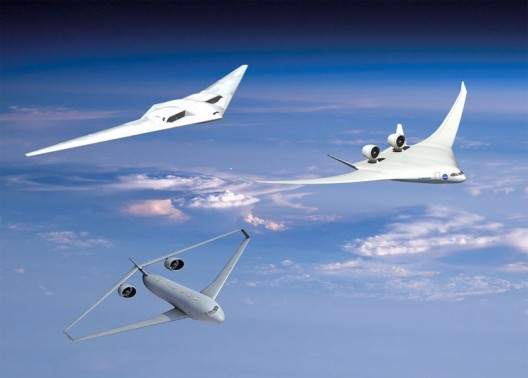 NASA’s Dr. Jaiwon Shin will have a large role in determining the look of future air travel

Very much in line with the CAFE Foundation’s goals, NASA’s endeavors will bring an enhanced aviation environment.  “Through green aviation, NASA is helping create safer, greener and more effective travel for everyone. Our green aviation goals are to enable fuel-efficient flight planning, and reduce aircraft fuel consumption, emissions and noise.”

Below, we see one of the shortest and most exciting Ted Talks ever, by the  Green Flight Challenge’s winning team leader, Jack Langelaan.  Dr. Shin will help develop the transition from what Dr. Langelaan calls the “Lindbergh Moment” of the 2011, NASA-funded Green Flight Challenge to technologies that will help that moment become the arc of the future.

He should be the ideal candidate to oversee that transition.  Dr. Shin’s entry into his current position brought this statement from NASA Administrator Michael Griffin in 2008: “Jaiwon brings expert knowledge of aeronautics and technology to a critical position at NASA. He’s helped develop the aeronautics research roadmap for the 21st century. His leadership of the directorate will assure our continued recognition as the world’s premiere aeronautics research organization.”

His education and previous experience make him a highly-qualified administrator.  According to his NASA biography, “Dr. Shin received his doctorate in mechanical engineering from the Virginia Polytechnic Institute and State University, Blacksburg, Virginia. His bachelor’s degree is from Yonsei University in Korea and his master’s degree is in mechanical engineering from the California State University, Long Beach. His honors include NASA’s Outstanding Leadership Medal, NASA’s Exceptional Service Medal, a NASA Group Achievement Award, Lewis Superior Accomplishment Award, three Lewis Group Achievement Awards, and an Air Force Team Award. He is a graduate of the Senior Executive Fellowship Program at the Kennedy School of Government at Harvard University. He has extensive experience in high speed research and icing, and has authored or co-authored more than 20 technical and journal papers.”

That his address at the EAS includes electric aircraft in NASA’s grand plan is a promising sign that the “Lindbergh Moment” of the 2011 Green Flight Challenge will find a champion at the highest levels of NASA.  He is a great presence and apt speaker for this coming age of green aviation.