“Records, Records, Records!” heads the news on the Institut for Flugzeugbau (IFB) web site this morning.  The sub-head reads, “Experienced hands plus a high-performance airplane plus one week equals seven world records.”  Admitting to fuzzy math, the writer still draws a clear line to the seven records. 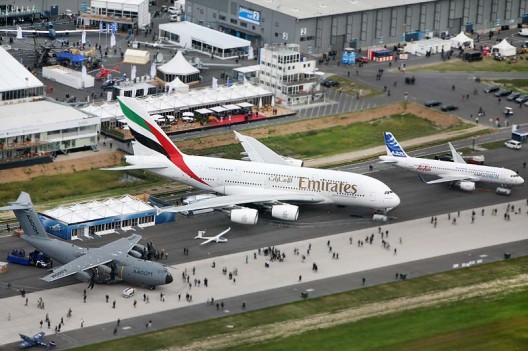 e-Genius, the smallest Airbus, at the ILA Berlin Air Show, surrounded by its larger siblings

Klaus and e-Genius spent the third week of July in Seeres – La Bâtie, France where they achieved seven FAI (Fédération Aéronautique International) World Records in the Category of Electric Airplanes.

The video was taken during a 180 kilometer (111.6 mile) flight in which e-Genius used only 25 kilowatt hours of electricity, equivalent to 166.57 mpg or 333.13 passenger miles per gallon – noteworthy considering the climbing necessary for the flight.  e-Genius achieved 375.7 ppmg at an average speed of 107.3 mph during the Green Flight Challenge in September, 2011, flying in a much narrower altitude range and at steady speeds.  The recent numbers certainly show its practicality as a versatile light aircraft.

Congratulations to Klaus and the entire e-Genius team.

NOTE: We received the following correction from Ingmar Geiß at the IFB.   “The seven records were set in three flights. Christoph (the Go-Pro wielding passenger in the video) participated in just one of them. He is a friend of Klaus – we don’t know his surname.”