Ken McKenzie, listed as Deputy Chairman of Airbus US, has served as Vice President for Airbus Customer Services and as Chief Operating Officer for Airbus Americas, Inc.  This high-powered individual comes across as a relaxed, congenial soul, though, and led attendees at the ninth annual Electric Aircraft Symposium through an overview of developments in light electric aircraft to come from the aviation giant.

The e-Fan is the most visible effort for Airbus’s electric aircraft work so far, but the company is intent on carrying out a full E-aircraft program as part of its commitment to the European Commission’s Flightpath 2050 program,. which bullet-points these important goals for the next 35 years:

“1. In 2050 technologies and procedures available allow a 75% reduction in CO2 emissions per passenger kilometer to support the ATAG (Air Transport Action Group) target10 and a 90% reduction in NOx emissions. The perceived noise emission of flying aircraft is reduced by 65%. These are relative to the capabilities of typical new aircraft in 2000.

“2. Aircraft movements are emission-free when taxiing.

“3. Air vehicles are designed and manufactured to be recyclable.”

McKenzie explained that the Airbus Group is composed of three divisions: Airbus, which builds airliners and is responsible for development of the electric flight program; Airbus Defense and Space, and Airbus Helicopters.

In trying to meet future demands for environmentally-friendly aircraft, Airbus sees several benefits.  Electric airplanes tend to be clean, quiet, efficient, compact and reliable.  That compactness is scalable, though, and lessons learned from light aircraft can be applied to larger variants.  The quietness allows airports to stay open later without disturbing neighbors.

Penalties, though, include problems of energy storage, weight and cost, and an uncertain certification path.  Carrying a large battery weight per person reduces the commercial viability of an aircraft, and dotting all the “i’s” in a certification program can be fraught with “gottchas” that end up being detrimental to long-term success.

Using light aircraft for development efforts helps side-step some of these difficulties.  The smallest example was the Cri-Cri, designed by one of the Concorde’s engineers, and which flew originally with small chainsaw engines on the stalks protruding from the plane’s nose.  Airbus’s electric version used four each 5.5 kilowatt motors, two per stalk – one pushing and one pulling.  The tiny airframe’s size allowed flights of airshow demonstration duration. 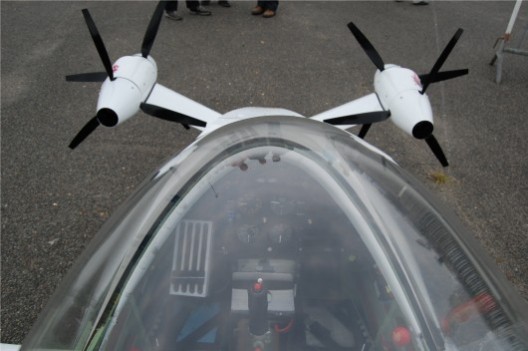 The “Green” Cri-Cri may seem a strange airplane on which to start in electric aviation, but its four 5.5 kW motors provided data at low-budget costs.  Note the four “throttles” on the left side of the cockpit used to control the four Rotex motors

The e-Fan is the first purpose-built electric aircraft from Airbus, and can be seen as a technology demonstrator for what is to come.  Its e-Thrust propulsion includes a well-monitored and regulated battery system, telemetry to keep the pilot and ground-based support personnel informed, e-FADEC (Full Authority Digital Electronic Control), and a landing gear driven by 100-kilometer per hour (62 mph) electric motors.  McKenzie pointed out that these provide for taxiing without the use of the fans and help accelerate the airplane during takeoff.

The battery management system can isolate individual four-Volt cells from the 120-cell packs to allow continued operation even with the failure of one or more cells.  This kind of control also reduces the possibility of thermal runaways.

The e-Fan can cruise at 160  mph with a  noise level less than 60 dB.  Its lift-to-drag ratio of 16:1 helps conserve energy and after 78 test flights totaling 38 hours, the airplane has been trouble-free and given test personnel loads of useable data. 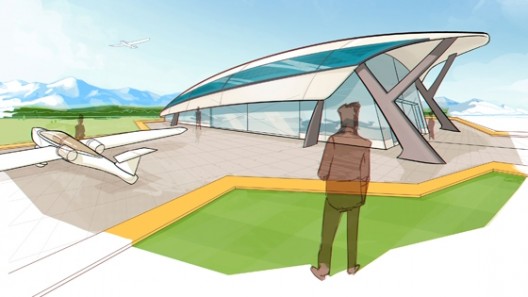 McKenzie shared that one sale to Delta of a large Airbus makes more money than all sales of all e-fans will in 20 years.  In spite of this apparent neglect for the bottom line, their use for development and research will be invaluable to the company.  Airbus is looking at e-Thrust distributed propulsion with Rolls-Royce, for instance, for much larger aircraft.  The firm is working on electric helicopters and as noted, commercially viable electric airliners.

Immediate goals for the two e-Fans under development include a reduction from a 30-minute recharge time to only five minutes.  This will be essential to using the two-seater as a trainer, since time on the ground does not make the flight school any money.  American trainers need to be in the air 11 hours a day for student work, according to McKenzie.

The 4.0, four-seat general aviation craft will be hybrid with up to five hours flight duration, enabling long-range cross-country flights.  The e-Fan will need to be certified under FAR Part 23 rules, necessary to allow its use for flight training in the U. S. 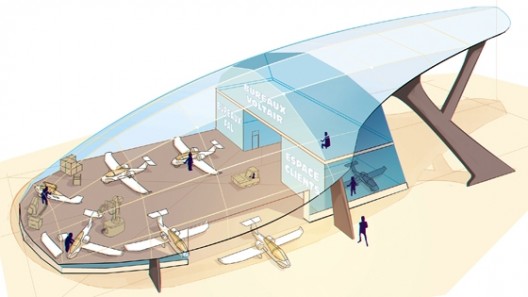 To reduce costs and expedite production, much of the airframe for these craft will not be carbon fiber, but less expensive fiberglass.  Airbus is working with partners to answer battery questions, even examining aluminum –air batteries.  The company is partnered with Safran (already having assisted with electric landing gears for taxiing airliners), Zodiac and Evtronics.

Airbus has formed Voltair SAS, located in Bordeaux France, with an assembly facility to be built in the town of Pau.  Look for the 2.0 to be flying by 2017, with the 4.0 making its debut shortly thereafter.

Ken McKenzie electrical propulsion needs to find a market to make it work.  It seems that Airbus is willing to seek that market, even with loss leaders on the light aircraft side.  That will surely lead to the development of efficient, well-proven components that will find their way into the general aviation market in time.  That is surely something for which Airbus deserves our thanks.