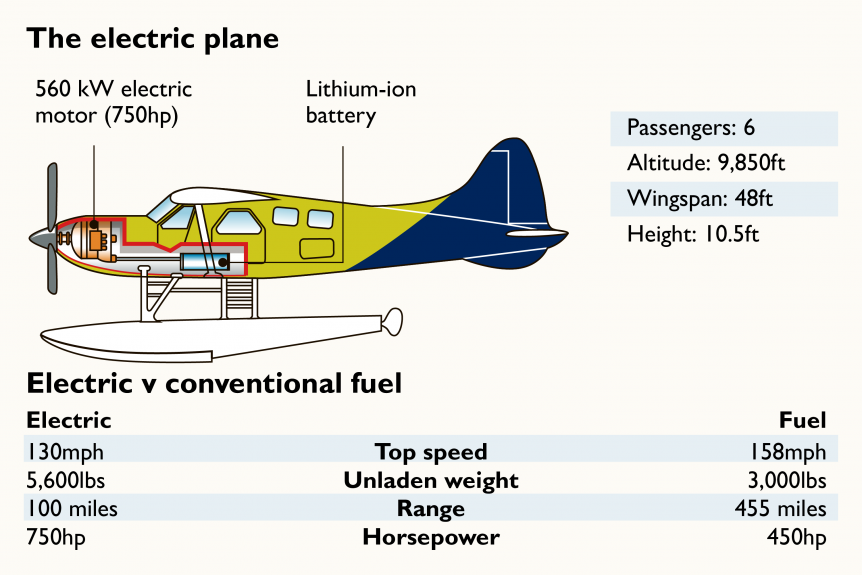 In our last blog entry, we discussed a three-partner enterprise with an American airframe propelled by a French motor powered by British batteries.  In this round, we have a Canadian airframe powered by an Australian/American motor driven by Swiss batteries.  These international collaborations may pay off in big ways.

Datelined Vancouver, B.C., Everett, WA, and Sion, Switzerland, the joint press release shows a strong and well-organized partnership in action.  “Harbour Air, North America’s largest seaplane airline; magniX the company powering the electric aviation revolution; and H55, the spin off from Solar Impulse, producing highly efficient certified battery packs, announced a partnership to certify the world’s first electric Beaver (eBeaver) commuter airplane through a supplemental type certificate (STC) program.”  H55 is a part, also, of the Solar Impulse Foundation, organized to promote “1000+ efficient and profitable solutions to protect the environment.”  Their collaboration with Harbour Air and magniX is one of those solutions.

Even though a small airline (40 aircraft) flying short missions may not seem all that newsworthy, Harbour Air’s eBeaver electric flights and demonstrations of magniX’s eCaravan captured headlines in publications from the Puget Sound Business Journal to the PBS News Hour.  The partners’ eBeaver heads off the segment on electric aviation – something the media is finally recognizing.

After years of development, flights took place over the last two years, and H55 powered a Bristell Light Sport Aircraft with what looks like an Emrax motor and their own modular battery packs.  The partners hope to use H55’s battery modules, “To expand the eBeaver’s balance to weight ratio and endurance. The company’s battery modules have one of the highest energy densities on the market and will provide the entire energy storage system and redundant battery monitoring at the cell level for the eBeaver.”

The partners share an enthusiasm for the project.  Andre’ Borschberg, H55’s Executive Chairman, sees “synergies” emerging from the collaboration.  “We have been attracted by Harbour Air and magniX’s vision, pioneering spirit and commitment to make aviation clean. The collaboration will leverage our synergies and complementarities. We all understand that the path to electric aviation is complicated. But at the same time by joining forces, our combined experience will lead to quicker certification. And this in turn will offer a fast and safe way to reach the market and popularize electric aviation.”

Greg McDougall, CEO of Harbour Air, shares the optimism.  “I believe that H55 is the leading company in aviation battery solutions,” says “Having them as partners in the ePlane development means that we will be able to lead the global push for electric aviation.”

With no hints of actual energy or power density on H55’s web site or in their press releases, one can surmise that H55’s batteries must be better than those currently flying in the eBeaver or eCaravan. 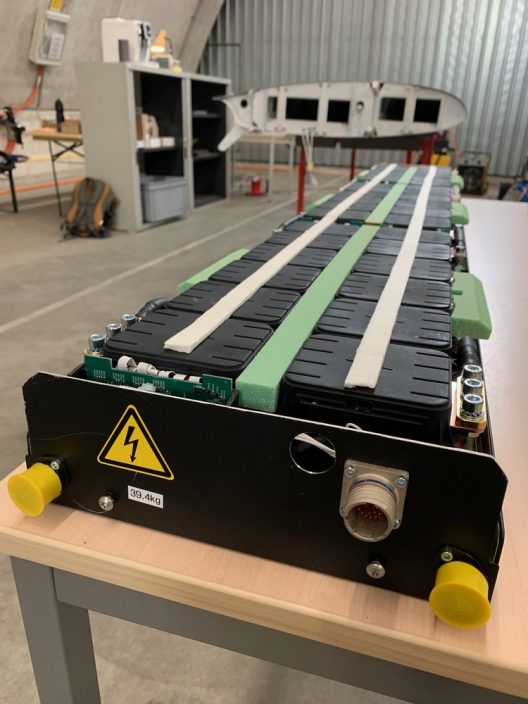 magniX motors have demonstrated their ability to fly large craft, and are a known factor.  Roei Ganzarski, CEO of magniX, reflects on those qualities. “This partnership is another step forward in our vision of making emission free, all-electric aircraft a reality. With Harbour Air leading the way to become an all-electric airline, H55’s battery technology and magniX’s flight-proven propulsion, we are looking at an electrifying future.” 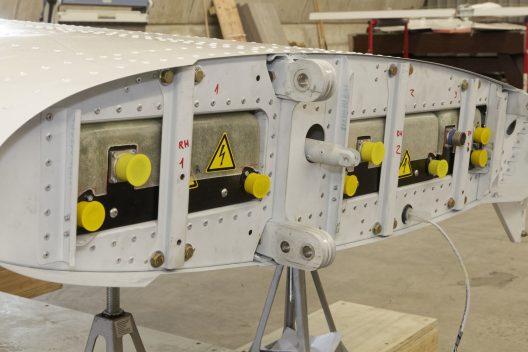 The eBeaver has continued performing flight tests, measuring and collecting data on:

The partners are striving to optimize the electric propulsion unit (EPU), energy storage system (ESS) and related aircraft systems.  Borschberg, impressed with Harbour Air’s “pioneer spirit and commitment to the environment, concludes, “We all understand that the path to electric aviation is complicated. But at the same time by joining forces, our combined experience will lead to quicker certification. And this in turn will offer a fast and safe way to reach the market and popularize electric aviation.”