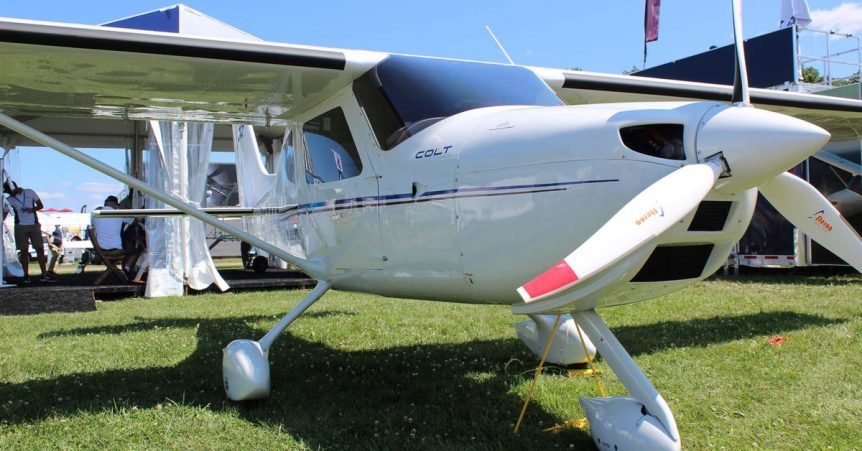 Texas Aircraft hails from its development and production facility at South Texas Regional Airport in Hondo, Texas.  Designed in Brazil, their Colt Light Sport Aircraft is built by American veterans.  Constrained by LSA design criteria, the craft is the high-wing representation of what we have come to expect from the Pipistrel Alpha Trainer, the Vashon Ranger, and others of the type.   It has the almost mandatory Rotax engine, but will soon fly fume-free with a Siemens motor.

With the two-seat aircraft already flight tested in Brazil and its American version being built and flown here, the Colt’s introduction at AirVenture included a glimpse of its alternate power plant, a Siemens SP-55D producing 72 kilowatts (96.5 horsepower) AT 3,000 rpm. 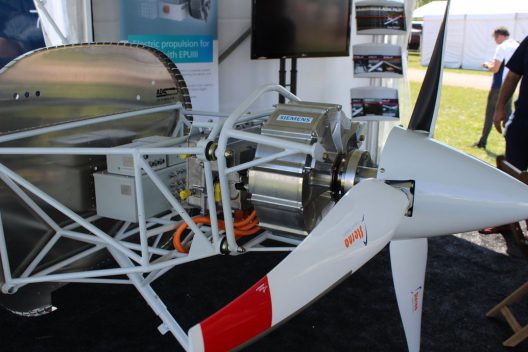 Matheus Grande, co-founder of the Hondo-based firm, told Flying magazine, “The availability to offer a version of our new Colt LSA powered by a new-generation Siemens eAircraft electric motor will give both private owners and flight schools the option of having an airplane that’s not only fun to fly but will also be extremely environmentally friendly.”

Dr. Frank Anton, Executive Vice President of eAircraft at Siemens, expressed his happiness with the project.  “We are very proud to be able to support Texas Aircraft with our systems and we are confident projects like this are key to developing electric flight further.”  Besides the motor,   Siemens eAircraft will provide the system’s inverter and auxiliary control components.

The Colt is a well-crafted and stout airplane, as well, based on the videos from Hondo.  At $165,000, it may be a bit pricier than the competition, but seems be replete with all the modern and luxury touches to satisfy a demanding market.  With a four-seater coming in the near future, Texas Aircraft seems to have a great future planned.

With Rolls-Royce assuming ownership of the Siemens electric flight program, obtaining service and spare parts should be guaranteed.