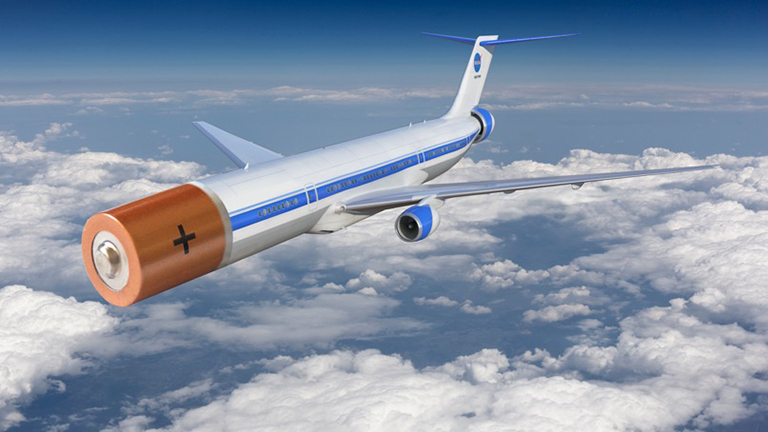 Graham Warwick reports in the August 25 Aviation Week that NASA is investigating the creation of megawatt-scale electric propulsion systems for airliners.  These would be much more powerful than those in cars or even semi-trucks, and far lighter than equivalent units in ships. 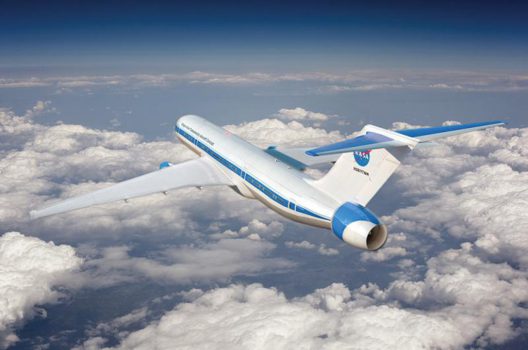 Concept with boundary-layer-ingesting electric fan in the tail is an option for a 2035-time frame partially turboelectric commercial aircraft. Credit: NASA

NASA’s focus, according to the article, “is on electric machines that can be used as generators (sources) and motors (loads) and power electronics that convert AC to DC (rectifiers) and DC to AC (inverters).”  Research includes wiring systems that can distribute high levels of electrical power.  These efforts would support “near- or medium-term development of partially turboelectric and hybrid-electric propulsion systems for aircraft up to single-aisle airliner size.”

Goals are ambitious, with NASA Research Agreements (NRAs) awarded to the University of Illinois and Ohio State University to develop electric systems that can achieve 13 kilowatts per kilogram and efficiency greater than 93 percent.  NASA Glenn’s target is 16 kW/kg and 98-percent efficiency.

Each NRA promotes a different kind of motor.  The University of Illinois’ one-megawatt permanent magnet synchronous motor is a large outrunner not unlike those on model aircraft with a carbon fiber overwrap and permanent magnets that rotate at 18,000 rpm.  The University has already done full-speed rotor testing and is working to integrate the air-cooled unit into a Roll-Royce Liberty Works Electrically Variable Engine. 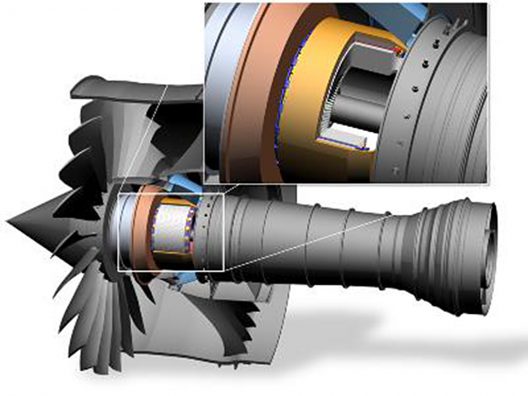 Concept with boundary-layer-ingesting electric fan in the tail is an option for a 2035-time frame partially turboelectric commercial aircraft. Credit: NASA

Taking a different approach Ohio State is working on a 2.7-megawatt ring induction motor. The one-meter (3.3-foot)-diameter ring rotates at 2,700 rpm, the outside rotor driven by magnetic induction from the magnetic field produced by the stator winding.  A tape conductor wound around the stator drives the rotor. Part of the conductor tape outside the active region has direct liquid cooling, allowing high current density in the stator and high specific power.

Ohio State’s three motors; 300 kW, one megawatt and 2.7-megawatt prototypes are supposed to validate cooling, manufacturing, and performance.  OSU also has a 10-megawatt ring motor integrated with a turbofan, spinning at 5,000 rpm.  This complicates structural design and leads to windage losses (caused by air resistance) at speeds between the rotor and stator approaching Mach 1. 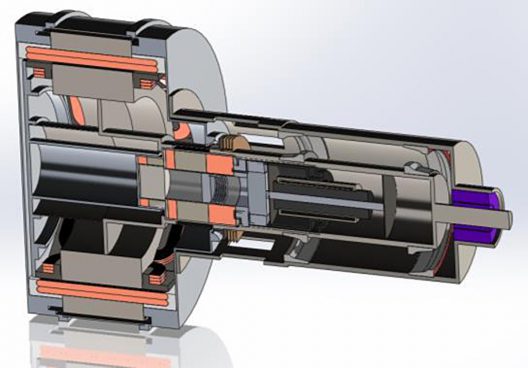 NASA Glenn’s 1.4 megawatt wound field synchronous motor combines a self-cooled superconducting rotor with a slotless stator to boost power density and efficiency without the weight of external cooling.  A cryocooler integrated into the rotor keeps the high-temperature superconductors on the rotor winding from overheating.  This motor might be able to directly drive a fan.

NASA’s report on expected noise levels seems internally contradictory, with graphs showing stadium rock noise levels in some instances while the text claims lower than conventional jet noise levels for the Ohio State and U of Illinois motors.  One bullet point indicates, – Uncertainty is high.”

Ralph Jansen of the University of Illinois project and a NASA Glenn Tech Integration Manager, discussed whether power should be distributed from direct current (DC) or alternating current (AC) sources.  “If the source is a battery, then it is clear DC makes sense. If the source is a turbofan, it works with AC or DC. There is work to be done to figure out which is best…[and] it gets down to the types of machines used.”

Voltages could run as high as 10,000 Volts.  The highest voltage used in aircraft currently (unavoidable pun) is 540 (±270 Volts), “but distributing megawatt-scale power in a single-aisle aircraft will require higher voltage.”  The higher the voltage, the lower the weight of cables required to connect things.  NASA calculates, “At 2,000 volts DC, cable weight to deliver 1 megawatt over 150 ft. would be reduced to 200 kg from 900 kg for a 540-volt system.”

Related, DC-to-AC converters with such high input voltages will take DC power from batteries and the distribution bus, for instance, and convert it “to controlled, variable-frequency AC that both drives the motor and regulates its speed and torque.”

Jansen explains material breakthroughs with silicon carbide (SiC) and gallium nitride (GaN) switchgear allows use of commercially available, high-efficiency gear that allows higher frequencies and lower losses.  GE and the University of Illinois are both crafting high-power, liquid-cooled inverters, while Boeing is developing a cryogenically-cooled unit. 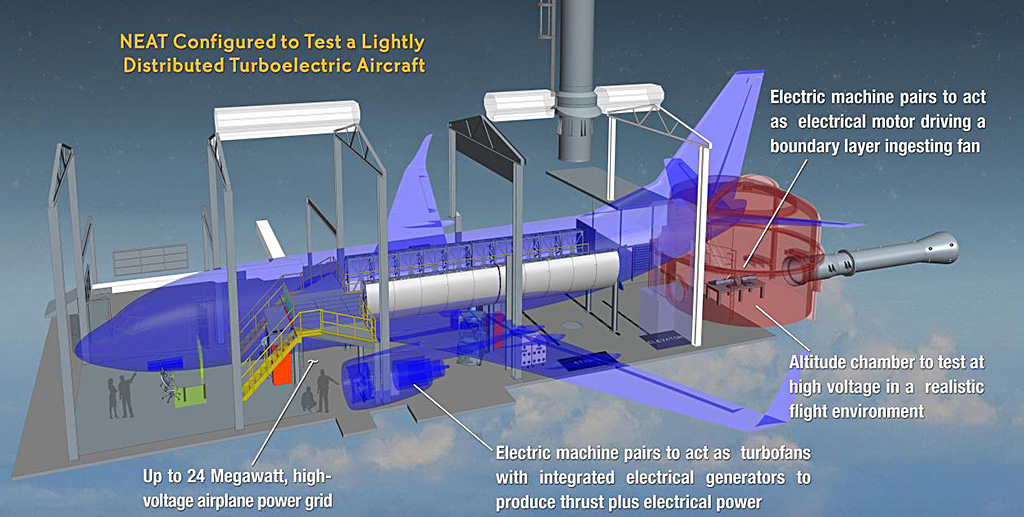 Aviation Week reports that “The NRAs will be completed in fiscal 2019 and the internal NASA work by 2020”  NASA’s Electric Aircraft Testbed (NEAT) at Plum Brook Station in Ohio, will accept the full-scale, flight-weight products that will power Boeing 737-size aircraft.  This ambitious time frame and scope of the projects bodes well for timely adoption of greener, cleaner aviation in the near future.