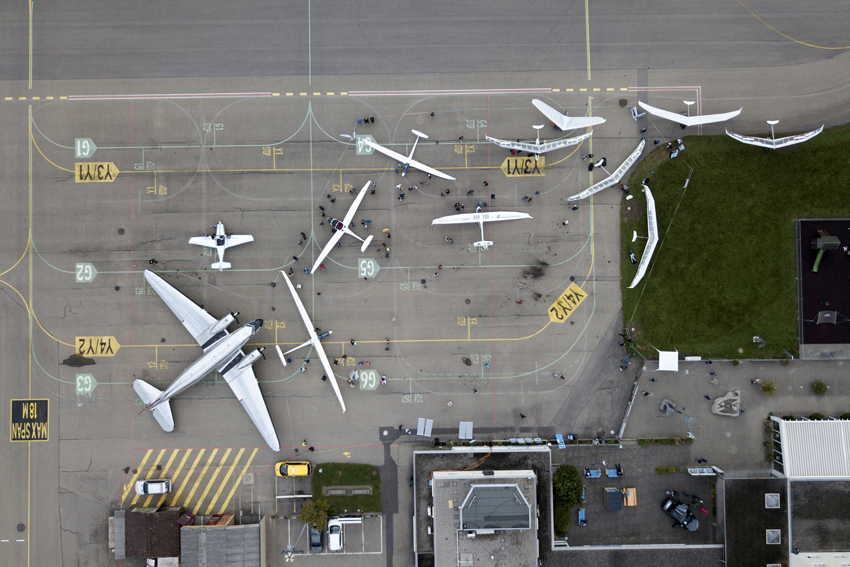 For those of us who find trudging over miles of airfield, such as Oshkosh’s AirVenture, or even local fly-ins spread along a runway tiring, Grenchen, Switzerland’s Electrifly-In may be welcome relief.  The event, previously called the Smartflyer Challenge, is planned for September 12 and 13 and should draw electric aircraft from all over Europe.

Grenchen, a town of just over 2,000, has an airport with a single runway of only 865 meters (2,838 feet), enough to enable a Cessna Citation CJ3 to land (and presumably depart).  The runway will host this year’s newly re-named Electrifly-In, devoted to promoting electric aviation.  All the activities will be held in a small, easily-accessible area.

All Electric Aircraft – All Day

A baker’s dozen aircraft have been promised for the event, ranging from ultralight motorgliders to more advanced sailplanes with front electric sustainer motors, to four-seat hybrid tourers, two-seat trainers and even an e-race airplane.

Two Swiss owners will have their Lange Antares E self-launching sailplane on display.

Cornelia Ruppert, director of communications and flight instruction for Ruppert Composite GmbH, will have an Archaeopteryx Electro on the flight line. 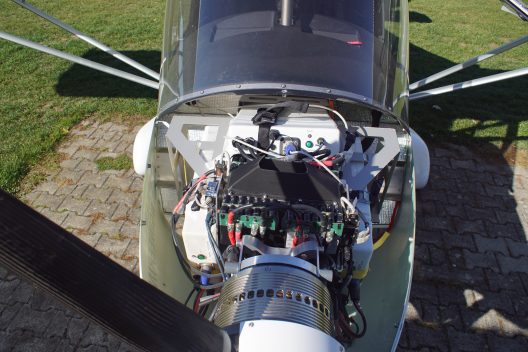 Eck-Geiger motor in nose of Ikarus C42, with batteries charged by small 4-stroke engine behind cabin

DG-1001e-neo, with FES propulsion from LZ Design in nose

Solar Flight Europe, Eric and Irena Raymond’s pioneering enterprise, will have Sunseeker Duo, the world’s only two-seat, solar-powered aircraft available for view.  Eric will also discuss the aircraft during the event’s symposium

Alisport Swiss will display its Silent 2 Electro, another craft with the FES power system on board. 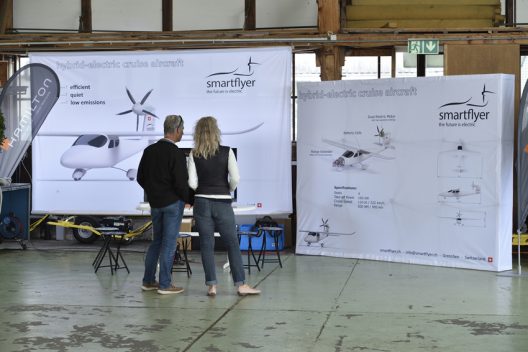 Smartflyer display will be joined by real aircraft

The SFX1, from Team Smartflyer Ltd on the Grenchen airfield, will show its hybrid power system. 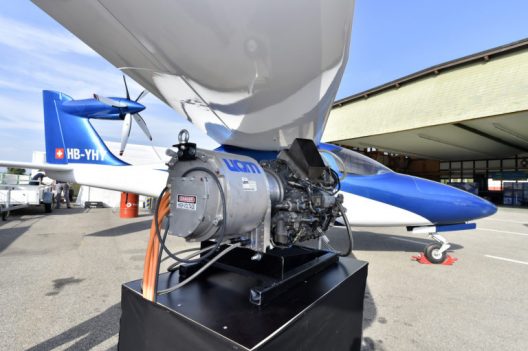 A similar craft, the Urs Viliger being developed by Evolaris, has a tail-mounted electric motor driving a propeller and a nose mounted hybrid generating system.

Pipistrel will bring its Panthera, the hybrid version currently in development, from Slovenia. 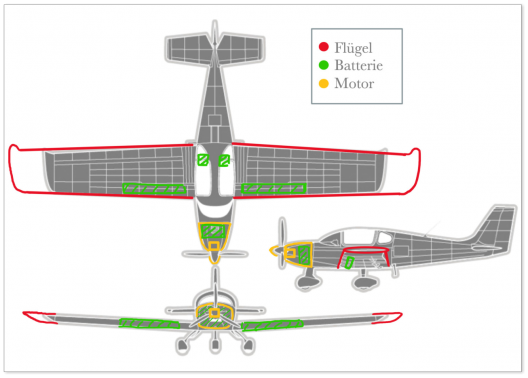 Zurich’s ETH will have e-Sling project on display

ETH, the Swiss Federal Institute of Technology in Zurich, will show progress on its e-Sling, an electric conversion of a South African four-seat tourer. 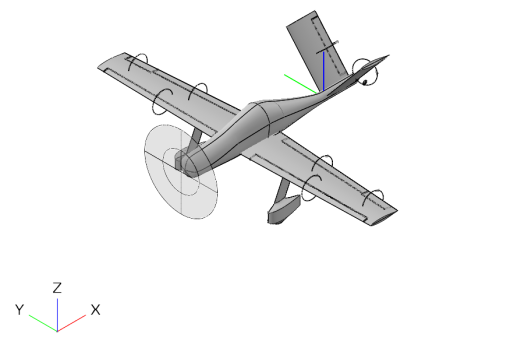 Taking design cues from Mike Arnold’s AR-5, UR1 is designed to hit 320 mph

Pie Aeronefs of Lausanne, Switzerland will show its UR-1 electric raceplane, set to compete in Air Race E in 2021.  This is slated to hit a top speed of 520 kilometers per hour (323 mph)!

A Symposium with Expert Speakers

Organizers promise even more talks, with ample time over the two days to meet presenters and others.

From 2:30 p. m. to 5:00 p. m. on Saturday, a panel discussion, “THE eTALK,” will bring together, “Specialists and experts from the fields of technology, training, politics, regulations, pilots, etc. [who] will address current and controversial questions.  Hansjörg Bürgi, publisher of the magazine SKYNEWS, will moderate.

Best of all, if you’re flying your own electric aircraft, Grenchen Airport will waive landing fees for your entrance to the event.

Participants can also compete in the second edition of the eTrophy competition, which will reward the longest non-stop flight with electric power.    Read the rules and regulations here.  Registration Rules   First, second, and third prizes range from 1,000 to 3,000 Swiss Francs.  During the award ceremony on Saturday evening the winner of the challenge will get the eTrophy for the longest electric non-stop flight.

All in all, this would be a grand two days out, with a good compendium of the world’s electric sport aircraft on display.