The StroudLife headline reads, “Williams F1 boffins link-up with Nympsfield world record electric plane bid.”  A boffin, in English parlance, is “a person engaged in scientific or technical research,” or “a person with knowledge or a skill considered to be complex, arcane, and difficult.”

Two years ago, the Blog reported on the TEACO Bat, a Formula 1 race plane to be powered by batteries and set to take on the world speed record for electric airplanes.  Since then, the company has changed its name to Electroflight, partly because Internet inquiries often sent inquirers to TESCO, a  grocery retail company.  There should be less confusion now. 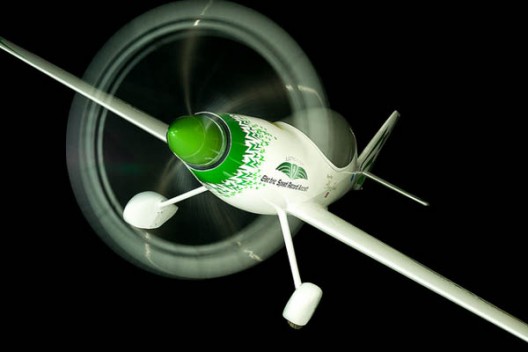 The Stroud, UK newspaper reported, “Electroflight is linking up with Williams Advanced Engineering to build an electrically-powered aeroplane capable of more than 300 mph.

“The ‘current’ speed record for electrically-powered flight stands at 220 mph but the tie up means they are aiming high.

“Williams Advanced Engineering is the technology and engineering services business of the Williams group of companies that includes the world famous Williams Martini Racing Formula One team.

“’Our calculated level flight speed for our Electroflight Bat, will be 306 mph,’ said Roger Targett of the firm based in Nympsfield.

“’We have just had a great weekend exhibiting our Bat project at the Red Bull Air Race at Ascot.

“’There was a huge amount of interest and large numbers of people, mainly children, queuing to sit in the cockpit of our space allocation fuselage.’”

Electroflight anticipates using advanced technology to achieve a level-flight speed of 306 mph with its dual-motor, dual contra-rotating propeller racer.  The motor setup, while not well-defined in the press reports, appears to be similar to that used in American Electric Aircraft Corporation’s Sun Flyer, but with obviously greater power than the training aircraft requires. 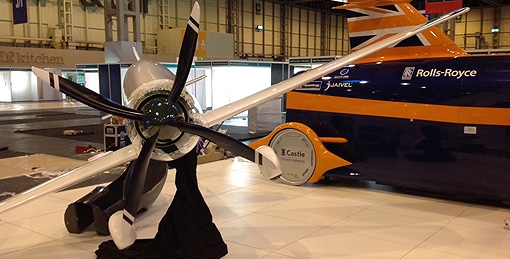 The carbon composite airframe will manage the 10 G’s stress imparted by the “unique maneuvering capabilities” of the dual propellers.  As Electroflight explains, “The airframe is designed for pure electric propulsion and the ground up design contains no elements attributable to piston or jet engine technology.”  It includes a whole aircraft ballistic parachute system with pilot safety cell (similar to those of F1 cars and at least partly attributable to their partnership with Williams), and purpose-designed compartments for batteries, controllers, and electronic equipment.

The company will build “a range of single and multi-person units” powered by their “single and dual contra-rotating propulsion systems for sale through an associated company – Electropulsion.”

We look forward to more in-depth information on the company’s motors and batteries.   Their ambitions are noteworthy and, we hope, will lead to increased performance for electric aircraft.