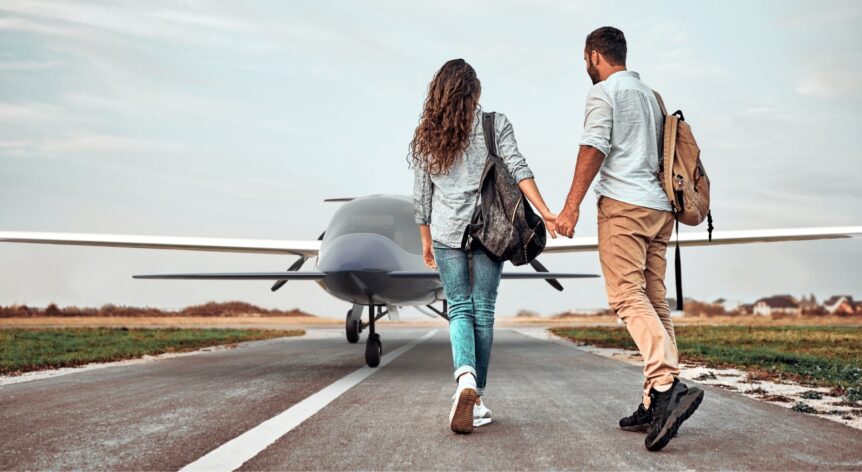 Teofilo Leite has been refining a beautiful twin-motor glider for the last decade.  Apparently he’s moving on to a five-seat, four-motor, dual-propeller beauty that is set to take on the world.  The Electron 5 looks a great deal like a larger Electron 2, which has been flying in various configurations for the last decade.

Electron Aviation, with representatives in The Netherlands and Australia states, “Our Electron 2, a two-seater battery-electric aircraft (Teofilo’s earlier design), is the flying proof that our energy efficient aircraft designs deliver outstanding performance. Whilst being well within inside the 600-kilogram (1,320 pound) ultralight microlight [regulations], it achieves 3 hours flying time during which it can cover 300 kilometers (186 miles).”  Electron 2 flies its pilot and passenger on 7.5 kilowatt hours per hour of flight.  Its three-hour endurance would mean a battery of at least 22.5 kilowatt-hours.

The 5 will enjoy possibly better overall claimed efficiency, using only 67 Watt-hours per kilometer with three of the four passenger seats filled.   At its cruising speed of 300 kilometers per hour at 10,000 feet (186 mph), Electron 5 would consume 20.1 kilowatt hours of electricity per hour of flight.  A Tesla S requires 19.3 kW-hrs. per 100 kilometer (let’s say at a road speed of 70 mph (112 km/hr), the car would take 2.68 hours to equal that distance and consume 57.9 kilowatt hours of electricity.  Few roads anywhere in the world will enable uninterrupted 70 mph cruising, so the journey will invariably take longer, and the Electron 5 would use only 3.2 kW-hours more electricity. 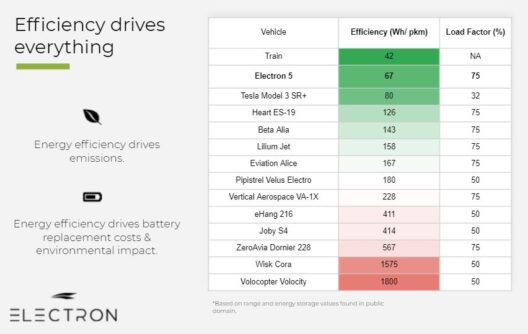 Its 750-kilometer (466-mile) range would allow Electron 5 “…to cover 85-percent of regional routes in Europe.”  Its claimed 55dB noise level would allow comfortable travels.  Its zero emissions would allow “travel with a clear conscience,” according to its makers.

Supporting Clean Flight in The Netherlands and Australia

Groeningen Airport will be the first airport to support Electron Aviation’s electric air taxis.  Service will commence in 2026, according to the company.  The service’s Electron 5 aircraft will carry up to four passengers each from that hub airport to destinations such as Copenhagen, Frankfurt, Hannover, London and Paris.

Where America’s Bay Area has Silicon Valley, Europe seems to have a growing number of Hydrogen Valleys.  Groeningen Airport signed an agreement to become a hub for Electron during a Hydrogen Valley Aviation event, part of a Wind Meets Gas symposium.

“Meiltje de Groot, director of Groningen Airport: ‘We are very enthusiastic about the collaboration which brings us one step closer to offering emission free flight for everyone.’ Josef Mouris, CEO of Electron Aviation added: ‘Our range of air taxis offers easier travel options to and from Groningen Airport at a competitive price together with zero emissions.’”

To help eliminate emissions, even in charging the electric airplanes which could become a bigger part of their traffic, “Airports have sufficient vacant space for solar panels,” according to Electron.  Groningen Airport had 63,000 solar panels along the runways, and generates 18.7 Gigawatt-hours of electricity annually.  These were installed by Groen Leven, a solar installer known for large projects, who have delivered 854 smart solar sources and solar park, as well as over 161,000 residential solar roofs.

According to Electron, “It would only take 20% or 3.9 GWh of that energy produced locally to fly 240,000 passengers to destinations.”  Adding agriculture to the mix, Groningen could emulate Cochin International in India, where travelers can purchase fruits and vegetable grown beneath and around that airport’s solar panels.

In a similar move, Western Australia plans that its Lilypad Elevate network will span across 25 regional airports, with over 30 point-to-point connections throughout the state.  It will be served by a network of solar-powered charging stations.  Perth-based FlyOnE will introduce electric flight service in 2026, with a deal to purchase 26 Electron 5s and two smaller training craft.

FlyOnE will install solar-powered charging infrastructure for its new aircraft, with proposed charging sites including Perth, Rottnest Island, Murray Field Airport, Mundaring Airport, White Gum Air Park and Northam Airport.  Korum E, founder and CEO of the enterprise, is optimistic about the future.  “FlyOnE is at the forefront of the electric aircraft revolution which will reshape the transport and tourism economy. Electric aircraft will change the way we move goods, services and ourselves and will reshape the value system in property location, destination accessibility and transport infrastructure spending.

Joshua Portlock, Chief Technical Advisor for the firm has an entry in the Boeing GoFly competition and a leading interest in creating and locating his Electro.Aero charging stations in the airports planned for Western Australia.

Bringing electric aviation to two continents, the Electron 5 may become a leading craft for regional aviation.  Offering clean, guilt-free flight and on-demand service, it may become an historic starting point in green flight.

Really Going Around the World

Electron Aviation is not waiting for commercial success, but is promoting a battery-powered flight around the world in 2024 with a prototype piloted by James Ketchell, a pilot, “serial adventurer,” and record holder.  We can hardly wait for this outing.