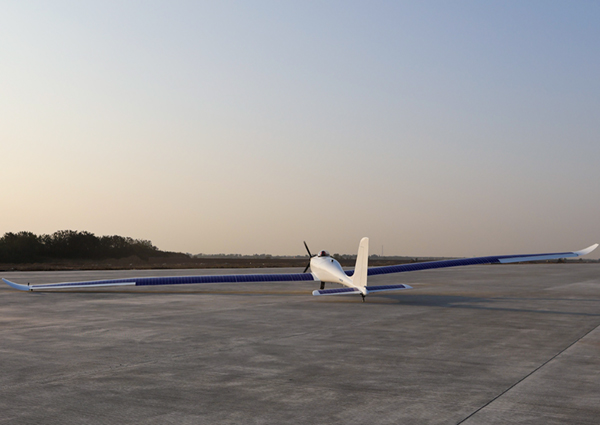 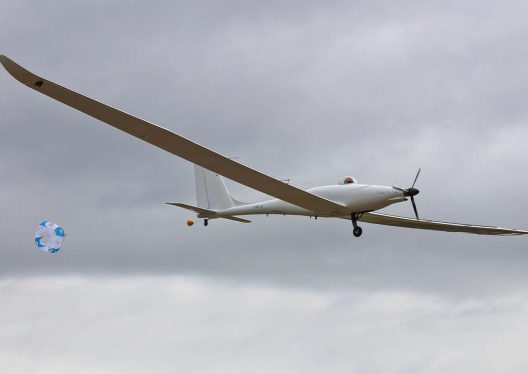 We usually think of HALE (High Altitude Long Endurance) aircraft as being huge, sun-eclipsing things like AeroVironment’s flying wings or Boeing’s Phantom Eye.  These require large support systems and ground crews, much like the team that chased Solar Impulse around the world.

Their collaboration led to two svelte HALEs, the smaller Elektra One Solar (a veteran of a solar-powered Alpine crossing) and the larger Elektra Two Solar.  This airplane is also the basis for Raphael Domjan’s SolarStratos, intended to take adventurous souls to 75,000 feet, close to the Perlan’s record altitude.  Last week’s flight of the Two was a demonstration of the new redundant autopilot system, which successfully completed several autonomous flights without human intervention, even though a safety pilot was aboard.  Elektra Solar reports, “With no problems and in less than ideal weather conditions, take-offs and landings took place. During the flights various parameters and modes of the whole system were tested.” 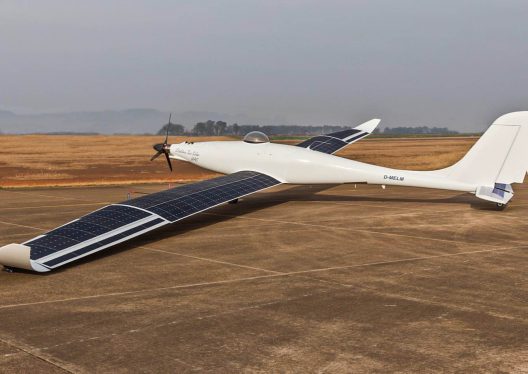 Dr. Konstantin explains, “We have taken a giant step towards the stratosphere and are very optimistic that we will be able to fly in a short time with our next aircraft at altitudes up to 20 [kilometers].

“We are not yet able to achieve this goal with the current aircraft. However, in order to achieve this, we followed new paths in the manufacture of the next aircraft in process and production technology.”

The firm, located in the Bavarian city of Landsberg am Lech “manufactures manned and unmanned aircraft for scientific and commercial tasks.”  The company claims independence from suppliers, being able to make everything in-house, with 100-percent value added.  Development of control algorithms and systems receives support from “close cooperation” with the DLR Institute of Robotics and Mechatronics.

Both “aircraft are characterized by long flight times and are able to carry payloads of up to 100 kilograms.  The double-redundant, solar-electric propulsion system is powered by the sun.”  Motors are arranged on a single output shaft with one or both able to provide power at any time.  Full power is 32 kilowatts.

The craft are served by dual redundancy on the motors and triple redundancy on the control system.  This ensures systems reliability and the “robust construction of the structure… allows uncomplicated and economical operation of the systems.”  Combined with virtually noiseless operation and the “highly efficient ‘Energy-Saving-Concept’… supported by the latest state of the art extremely powerful solar cells,” the airplane should be able to meet its objectives of “day and night flight missions for a wide variety of economical applications.”