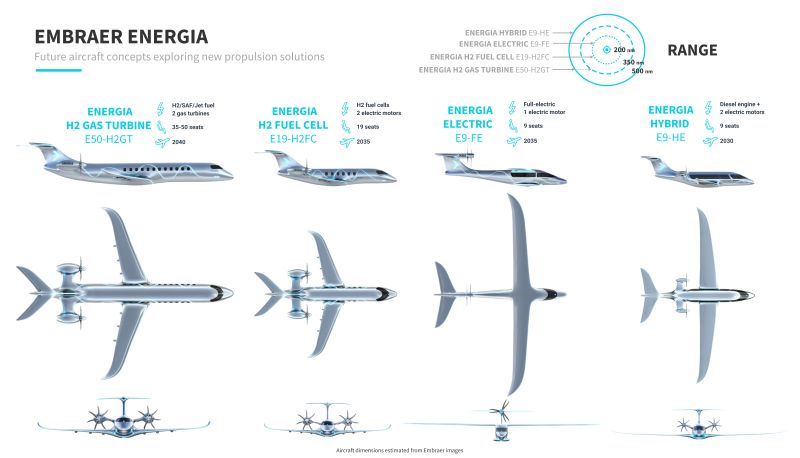 Coming up with a new airplane is a daunting task – but Embraer announced four new designs this week.  Ranging from nine to fifty passengers, Embraer’s Energia family are all electric or clean fuel redefinitions of regional air travel.  Luis Carlos Alfonso, Senior VP of Engineering, Technology Development and Corporate Strategy presented them in front of a socially-distanced crowd in Brazil.

The presentation, which sent virtual representations of the four craft flying out into the crowd, took place to coincide with COP26 (the Congress of Parties) being held in Glasgow, Scotland.  Its choices of pure electric, hybrid-electric, hydrogen-electric, and in its 50-passenger model, hydrogen or SAF (Sustainable Aviation Fuel) driving turbine engines are all moving toward a “net-zero” goal.

The two nine-passenger airplanes vary considerably.  One is high-wing, with a pair of vertical tail-mounted motors driving contra-rotating propellers in full-electric mode.  The other is a low-wing type, with twin electric motors on the rear flanks of the fuselage and powered by a hybrid-electric system. 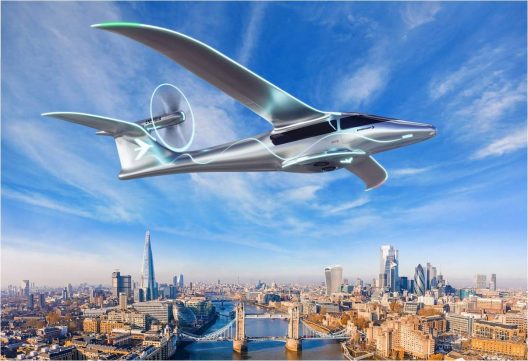 The  high-wing follows a design trend seen in e-Genius and Sunseeker Duo, with a pair of motors in this case mounted high on the vertical fin.  Dipl-Ing. Rudolf Voit-Nitschmann explained this at the 2011 Green Flight Challenge.  He showed the airflow from a propeller in this position impinged only on the top part of the fin, leaving the rest of the airframe in an undisturbed stream.

The pure electric version emits no pollutants, and Embraer projects up to a 90-percent reduction in emissions for the hybrid version.

Sizes for Every Regional Need

The larger aircraft come in the popular 19-passenger version and a 30 to 50-seat longer-range SAF or hydrogen-powered model.

Details on motors, batteries, and systems are part of ongoing negotiations with possible airline customers.  Embraer predicts technology readiness by 2030 for the smaller craft and 2040 for the larger airplanes.

The 19-seat E19-H2FC model will use fuel cells to power a pair of rear-mounted electric motors. Ready to start commercial operations in 2035, the H2-powered airliner will compete with Airbus, which intends to introduce its larger hydrogen-powered narrowbodies.

Affonso added that the rear fuselage mounting of the motors will deliver a 60 percent reduction in noise levels.

The largest Energia model, the E50-H2GT, would fly on hydrogen or SAF/jet-A directly powering a gas turbine powerplant. This would seat between 35 and 50 passengers, with a projected range of 350 to 500 nautical miles. 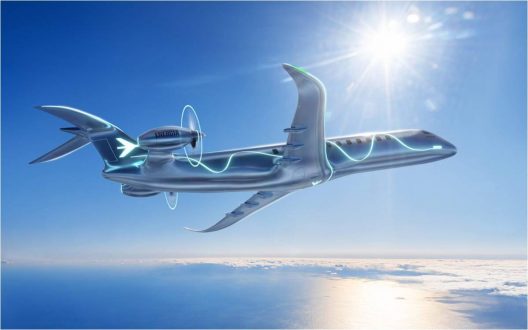 Embraer announced the Energia concepts during the United Nations COP26 climate change conference.  Rodrigo Silva e Souza, VP of marketing for commercial aircraft, explained, “The [air transport] industry only has one road ahead and that’s towards sustainable aviation,”

The firm hopes to profit from a trend toward people moving away from major cities to smaller, regional centers.  That will require aircraft that can haul passengers for trips of 500 miles or less, and that opens a door for smaller, more efficient craft.

Embraer believes its new family of aircraft can capitalize on a “regionalization” trend that it says is seeing people and organization relocate from major cities, necessitating improved, short-haul transportation links. It says that new propulsion and digital technology means that smaller aircraft, like Embraer’s Energia family, can be more economically viable. 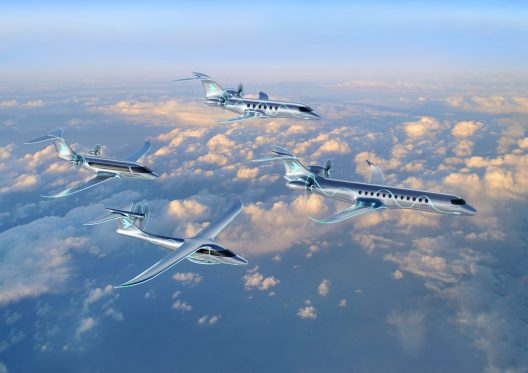 Arjan Meijer, President and CEO of Embraer Commercial Aviation, thinks that Regional Air Mobility (RAM) coupled withUrban Air Mobility (UAM) markets, “Collectively could more than double Embraer’s current projections for the mainstream regional airline market from around 4,000 anticipated deliveries to as many as 9,000.”

Responding to questions as to why Embraer would be competitive in these markets, Maijer is confident of success.  “There are lots of start-ups trying to get off the ground, but it takes a lot of experience to certify new aircraft,” he responded. “I’m not convinced by the performance goals [of eVTOL aircraft], and I’m not comfortable with their aggressive timelines. The bigger OEMs [Airbus and Boeing] don’t have the right cost structures, but Embraer has experience in the regional sector, plus lean manufacturing processes and a very competitive cost structure.”