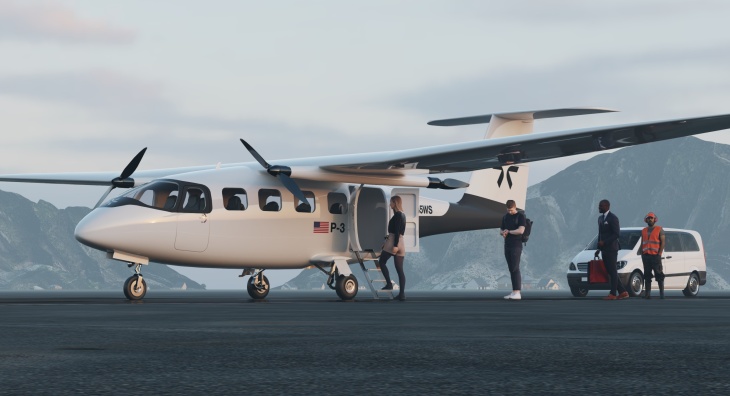 Embraer, a major Brazilian airframe developer, and Pyka, an Oakland, California-based autonomous agricultural aircraft builder, are teaming up.  They hope, “To accelerate the future of autonomous aerial agriculture operations.”  Beyond that, Pyka is expanding into regional air transport which could open 5,000 U. S. airports to usually unserved areas.

Pyka has flown autonomous agricultural aircraft in New Zealand for over two years, demonstrating high efficiency and economy in aerial application, or crop dusting (or spraying) as it’s historically called.  Apparently, the island nation’s Part 101 and 102 civil aviation licensing requirements are receptive to such flight.  According to Dan Grossman, Pyka’s new President (and formerly of Zipcar, Ford and Maven), Pelican made more than 3,000 flights.

Airframer.com reports, “Grossman joins a team of former Joby Aviation, Google, Wisk, Makani and Saildrone engineers and leaders. ‘Electric and hydrogen propulsion technologies are playing an increasingly important role in the future of human mobility,’ he says. ‘Pyka’s benchmark-setting electric propulsion systems, safety critical control software, advanced avionics, and custom composite airframes result from years of work in agriculture with our Pelican aircraft, and I’m excited to have joined this talented team to bring the results to human passenger aviation.’”

Embraer recently unveiled an electric version of their EMB 203 agricultural aircraft. An expansion into the autonomous flight of the Pyka Pelican would be part of Embraer’s “agile experimentation processes.”  These experiments would enhance Embraer X’s programs to develop disruptive technologies and accelerate them into commercial service in the “precision agriculture sector.”

Daniel Moczydlower , head of EmbraerX.” Explains the new relationship.  “EmbraerX is a market accelerator committed to developing solutions that can transform the world and inspire our partners by approaching unprecedented ideas with creativity and grit.  Pyka’s innovation and technology capacity is aligned with our strategy to accelerate the creation of innovative business models through partnerships that have the potential for exponential growth.”

Autonomous delivery would reduce the number of fatalities from aerial application.  As part of aviation, such work is related to another often owner-operated job – commercial pilot.  That comes in third on the list of the country’s most dangerous jobs, with 70 fatalities per 100,000 workers.

Most pilot fatalities come from general aviation; bush pilots, air-taxi pilots – and crop-dusters die at a far higher rate than airline pilots.  Autonomous application would reduce the number of fatalities, even though exposure to hazardous fertilizers and other chemicals would still be present.

Pyka is expanding into another area, that of regional airliners.  Their P3 is a four-motor, nine passenger and two pilot craft that can take off in 850 feet with a full load.  (It can also carry up to 330 cubic feet of cargo.)  Its 55 knot landing speed would also enable it to land in a small enough space to use over 5,000 small airports dotting the country.  Passengers would not need to take long car trips to reach bigger airports further away.

The P3 has some competitive features and benefits from increasing electronics capabilities.  Direct costs of $95 per hour are four times lower than those for a conventional nine-passenger airplane, according to company estimates.  Trips at close to 180 mph (155 nm/hr.) would cover 200 nautical mile (230 statute mile) trips in a little over an hour, four times faster than the average car trip for the same distance.  Range includes an Instrument Flight Rule (IFR) reserve on the 242 kilowatt-hour batteries. 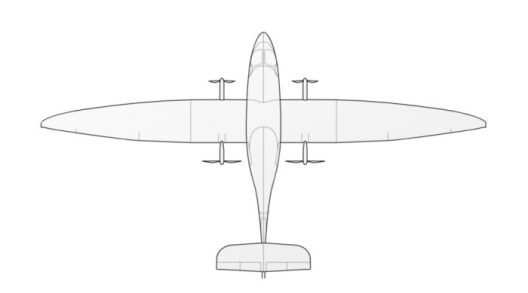 In a response to the increasing pilot demand, Pyka’s “fly-by-wire” capabilities could reduce pilot workload, ideal assistance for “low-time regional pilots.”  Pyka claims their four-axis (roll, pitch,  yaw, airspeed) control will actively prevent stalls and spins.  This simplification of operations and elimination of the risk of control loss amounts to, according to the makers, “a revolution in single pilot safety.”  Coupled with zero emissions from its battery power, the airplane should provide safe, quiet transportation without the taint of “flight shaming.”  We can hope that it lives up to Pyka’s ideals for, “The safest commuter aircraft ever built.” 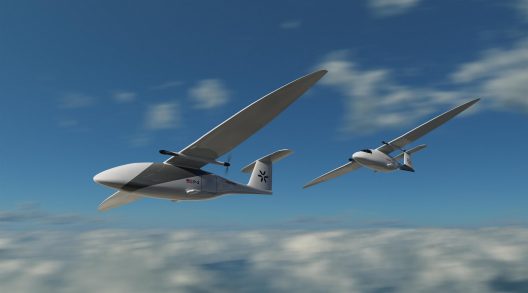 Pyka’s P3 is adaptable for passenger and cargo use

A patent-pending pusher-puller propulsion system gives “variable-pitch like performance with inexpensive, easy to maintain fixed pitch propellers,” according to Pyka. During cruise, only the rear propellers are used, resulting in a 10-percent increase in efficiency over a conventional design.  The “next-generation” Pyka Flight Engine “incorporates the same levels of redundancy and reliability found in commercial airliners.”

Composite construction, advanced electronics and a simplified push-pull propeller combination will make the P3 of great interest. To ensure that it lives up to Pyka’s ambitions, they are testing a sub-scale model using the same software and sensor suite they use on their full-scale craft. 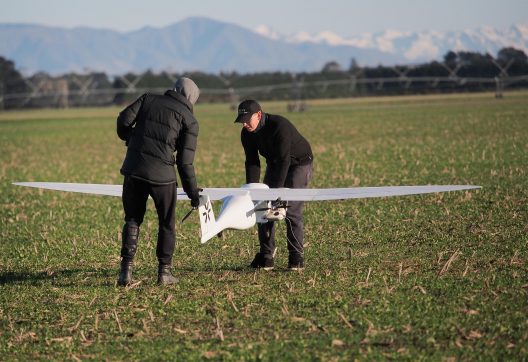 Pyka’s approach and demonstrated capabilities on their agricultural airplane should translate well in regional service.