Professor Guilio Romeo of the Politecnico de Torino, Italy is a man of many firsts.  Last year, his team fielded Skyspark, a Pioneer 300 powered with an electric motor fed by batteries.  This year, in a totally new development, Professor Romeo coordinated the activities leading to a successful hydrogen-powered electric aircraft, and set a world speed record to top off that accomplishment. 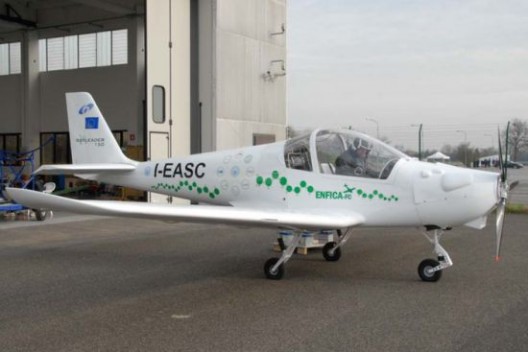 ENFICA-FC rolling out for first flight

The Skyleader 150 Zero CO2 light sport aircraft, built by JIHLAVAN airplanes, Ltd. in the Czech Republic, was fitted with Intelligent Energy proton exchange membrane (PEM) fuel cells from the United Kingdom, an inverter and power management system by Italy’s Mavel Elletronica, and a motor at least partially designed by the University of Pisa, Italy.  Tanks and a high-pressure fuel delivery system were created by the UK’s Air Products Limited. 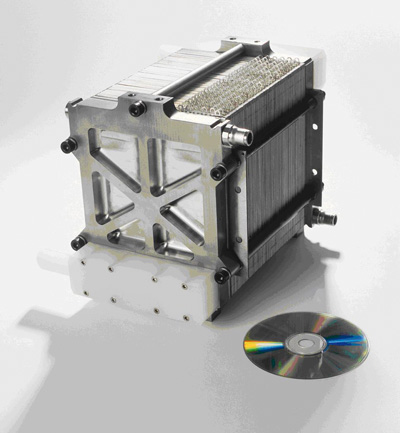 Labeled ENFICA-FC (Environmentally Friendly Inter City Aircraft Powered by Fuel Cells) the airplane was actually the fourth machine to fly on hydrogen power, the first being a Boeing conversion of a Diamond Dimona motorglider that cruised at 120 kilometers per hour (74.4 miles per hour) for 20 minutes in early 2008 after taking off on battery power, the second a DLR  (Deutsches Zentrum für Luft- und Raumfahrt e.V., or the German Space Agency) modified Lange Antares that was first to self-launch on hydrogen, and the third Gerard Thevenot’s fuel cell-powered ultralight with which he crossed the English Channel in 2009. 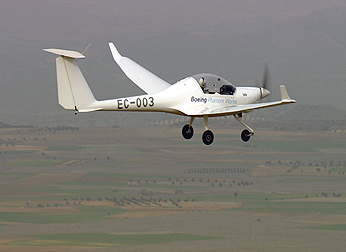 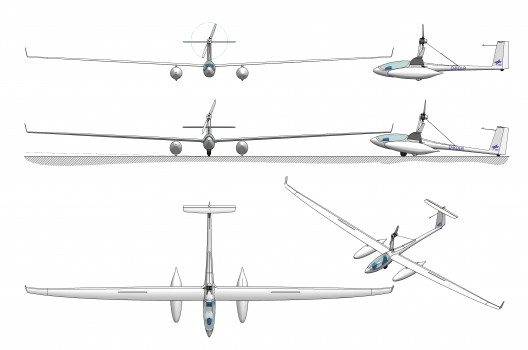 ENFICA-FC made a tw0-minute maiden flight on May 20, 2010, followed by an 11-minute foray into flight envelope investigation.  On May 26, the plane made a speed dash of four consecutive runs over a three-kilometer course (FAI Sporting Code – Class C), averaging 135 kilometers per hour (83.7 miles per hour).  Unofficially, test pilot Marco Locatelli pushed the plane for several sprints at 145-150 km/hr (89.9-93 mph).

The airplane has a 40 kilowatt motor, supplied by two 20 kW fuel cells and backed up, for safety’s sake, by 20 kW lithium polymer batteries that provide redundant power in case of problems with the fuel cells.  The liquid-cooled (eight liters of bi-distilled water tucked into the right wing) fuel cells provide 100-110 Amps at 200-240 Volts and are supplied with hydrogen at 350 bar (over 5,000 pounds per square inch).  Despite the high pressure, the fuel cells never exceeded 70 degrees C (158 degrees F) during the record flight.

Project personnel are looking forward to applying the lessons learned from ENFICA-FC to a possible commuter liner being developed with an Israeli aerospace company, leading the way toward a zero CO future.