Exciting new pictures from Tomas Brodreskift show that his nearly decade-long project has reached a happy completion.  The Equator P2, born in the mind of a talented industrial designer, seemed like a nice dream when your editor first saw it in renderings.  As one would expect from an accomplished product designer, the aircraft looked wonderful, set in inspiring backgrounds.

A Man, A Plan, An Airplane 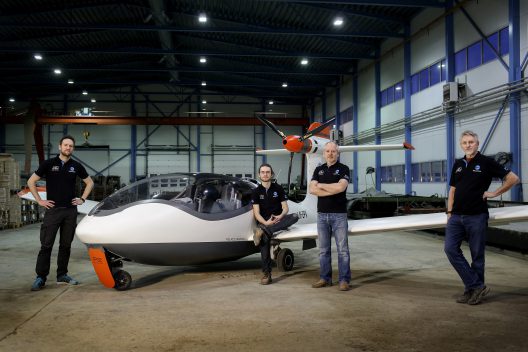 Tomas with some of the friends and family who made the Equator P2 possible.  Photo: Monica Stromdahl

As Tomas’ web site explains, “In 2008 the two Industrial Design students and pilots Tomas Broedreskift and Oeyvind Berven started work on the new EQP2 Xcursion, Equator’s first attempt on the light aircraft market. In this start–up phase the Equator team are working on making project assignments, design briefs, and specified diplomas that can be worked on by students. Therefore we encourage every student with relevant studies and an aerospace dream to join our efforts and in time become part of the new Equator Team that will ultimately bring amphibian flying to a new level. Objectively spoken, your fantasy truly is the only limit!” 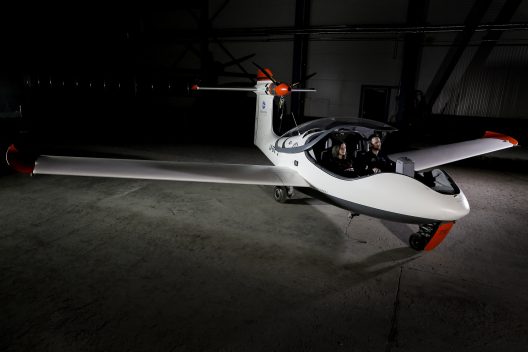 Students did join their efforts, contributing many of the over 12,000 person-hours in turning the renderings into reality.  A true home-built aircraft, the P2 evolved in a garage with minimal tooling and a great deal of work-around cleverness.  Volunteers contributed intellectually and practically, with aerodynamic surface design, mold building, computer simulation and work that led to many bachelors’ degrees and diplomas.   The following video, released three years ago, shows the garage in which this was at least initially executed, and gives a hint of the many talents applied to getting the details right.

For something started in a simple garage, Equator P2 is a complex and refined machine.  Its configuration combines amphibious functionality with aerodynamic rarefaction.  Ergonomically, it looks tempting with its ability to transport two to a distant lake in roomy comfort.  Its fly-by-wire controls and lack of rudder pedals simplify coordination and ease a pilot’s workload.

Recently tested, the power system features an Engiro DMM97 electric drive system with a Wankel Super Tec (WST) KKM 352 multi-Diesel fuel engine driving an Engiro DMG60 generator that produces 60 kilowatts.  This keeps the two kilowatt-hour Kokam battery pack charged that in turn drives the tail-mounted motor with its custom DUC propeller.  All of this is controlled by a single lever in the cockpit, a kind of hybrid FADEC. 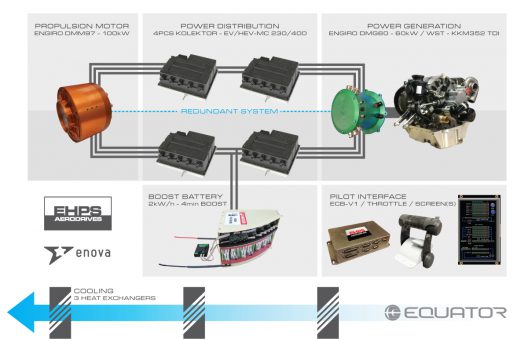 Commitment to the Design

To see this futuristic airplane revealed in its mostly original form shows that Tomas’s initial ideas were good.  A fringe of cooling inlets around the trailing edge of the canopy indicates practical considerations addressed by the designers, but does little to spoil the pristine lines of the craft.  Considering the eight-year development time and the issue of being “locked in” to a design once one begins pulling parts from molds, we must admire the courage and commitment it takes to press ahead with such a project.

With the airplane assembled and the EHPS having been tested, we are impatient to see that this advanced airplane flies as well as it looks.  Good luck to Tomas, his family and friends who’ve made this possible.  We were fortunate to have Tomas present his design at the first Sustainable Aviation Symposium in 2016.