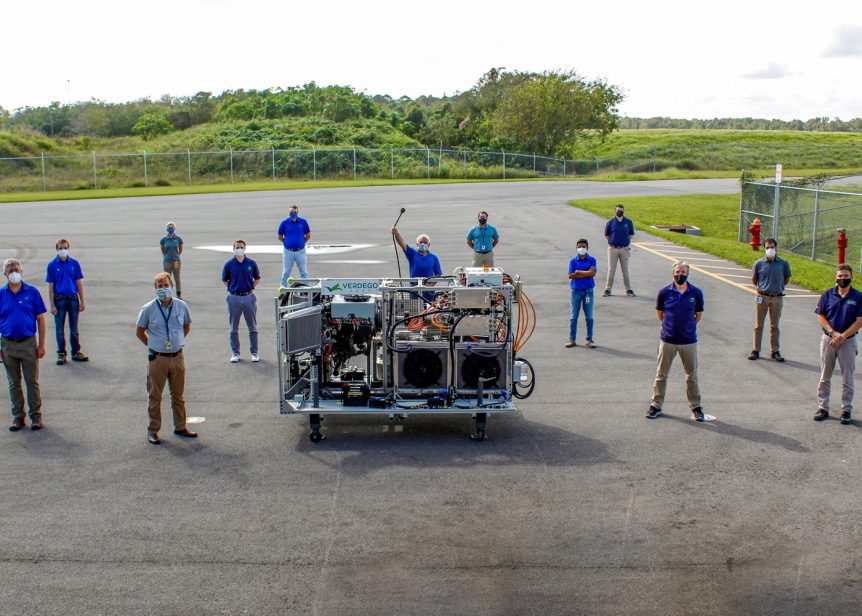 In a recent AVWeb Vodcast, Paul Bertorelli interviewed Embry Riddle’s Dr. Pat Anderson on the topic, “Why Electric Airplane Designers Are Turning to Hybrid Drives.”  Battery energy-carrying capability has not fulfilled its promise yet, according to Anderson.  The difference in energy density between fossil fuels and batteries is still too great to fulfill missions involving more than small craft and short distances for the most part.  This outlook caused Dr. Anderson’s associates, Eric Lindbergh and Eric Bartsch to form Verdego Aero, dedicated initially to developing a Diesel-hybrid generator system.

They corroborate Dr. Anderson’s sense of current battery technology, their web site answering “Why hybrid?”  They explain, “Electric aircraft are at the forefront of aviation technology, but the energy density of current batteries isn’t yet high enough to support many mission types or aircraft designs.  The power generation systems in the VerdeGo IDEP (Integrated Distributed Electric Propulsion) systems, which use Continental Jet-A Piston Engines, offer 4-8x the equivalent energy density of today’s battery systems.  As battery technology evolves sufficiently, the onboard hybrid power generation units can be removed and replaced with batteries.” 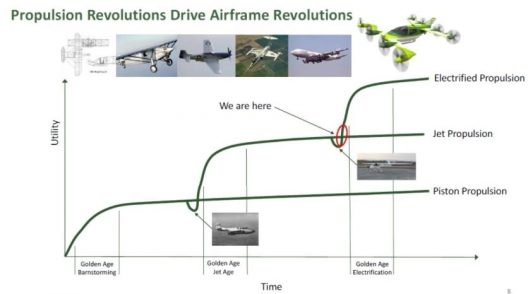 Tests reached over 150 kilowatts (201 horsepower), with the certified Continental CD-265 Diesel aircraft engine offering 40-percent lower fuel consumption than “competing turbine-hybrid offerings, while providing between four and eight times the endurance of competing battery-only powertrains.”  Since the engine can burn Jet-A fuel or other bio-based fuels, it avoids the future supply issues of LL100-fueled engines.  Since tetraethyl lead is made only for the 230,000 aircraft that still require leaded fuel for safe operation, all that will change as that aging part of the fleet leaves service.

Dr. Anderson has worked on a variety of electric and hybrid projects at Embry Riddle Aeronautical University, many of which are featured on a “key assets” page.  Partnered with Lindbergh and Bartsch, the team helped create the Eco-Eagle, a hybrid conversion of a Stemme motorglider that participated in the 2011 Green Flight Challenge.  Other projects led to the latest iteration of the “Iron Bird” ground-based test system.  Note they have crafted both serial and parallel hybrid systems.  Serial hybrids use the fuel-powered engine/generator to charge batteries that power any number of electric motors.  Parallel systems use the engine/generator and the electric motor(s) to propel the aircraft.

On his LinkedIn page, Bartsch makes a case for continuing hybrid evolution while waiting for the battery revolution, using Elon Musk’s recent Battery Day unveiling to bolster his argument.

Bartsch writes, “The big news this week is that a 5X LARGER cell is being launched that is 50% cheaper to make and maybe 8% to 16% more energy dense due to form factor and chemistry modifications, and therefore the electric car market can grow further into the mass market. That’s HUGE news for cars and Tesla deserves credit for it, but that doesn’t address the gigantic performance shortfall we have in aerospace. 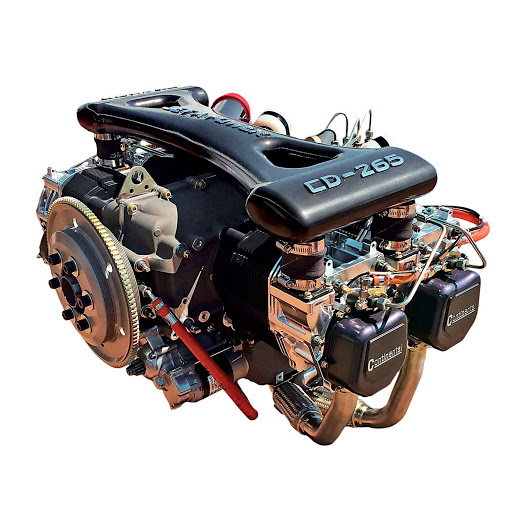 And because that value and performance are not yet there for electric aircraft, Bartsch would argue, current efforts should focus on an interim hybrid solution.  Verdego Aero is his and Erik Lindbergh’s firm to develop such solutions in partnership with Continental Aerospace Technologies™.  The company claims their serial hybrid system will be clean and quiet, economical, and capable, “with 4X range and 12x refuel/recharge speed compared to all-battery approaches.”

Using a Continental CD-265, four-cylinder Diesel engine, the system can run on a wide range of non-fossil fuels (Diesel designed his original engine to run on peanut oil).  Diesels generally get better “mileage,” their high compression squeezing more power from each gram of propellant.  The engine weighs 198.8 kilograms (438.3 pounds), producing one horsepower, peak, for every 1.83 pounds of engine mass – comparable to the best gasoline-powered engines. 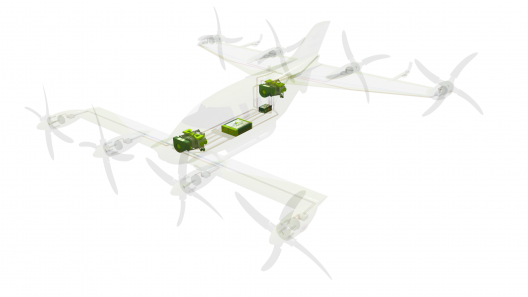 To make their claims pay off, VerdeGo must displace the weight of batteries that would supplant the generating system and provide the greater range and endurance.  Allowing flexibility of design, one or two IDEP packages can be installed in the aircraft and supply electrical power to any number of distributed motors.  Applications can include conventional fixed-wing aircraft, multi-rotor systems, or designs relying on distributed electric propulsion. 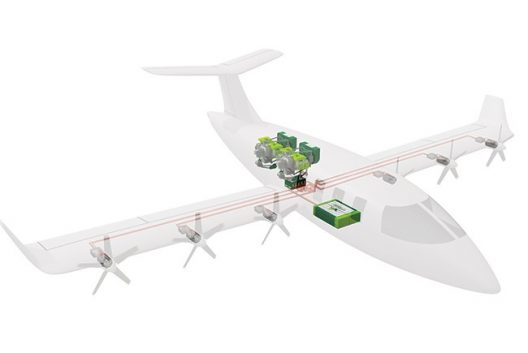 Verdego IDEP can work with fixed wing or multi-rotor concepts

Certainly fleet operators such as Uber would welcome operating savings in which reduced expenses for individual units are multiplied by the number of craft in the fleet.  Prospective clients willing to sign a non-disclosure agreement, “VerdeGo is able to provide the equivalent of a traditional engine deck. This proprietary software utilizes data from the full-scale hardware testing and includes a hybrid simulation model for airframers to use that includes both the hybrid generator and the battery solution that goes with it.”

David Eichstedt, Director of Advanced Concepts, explains the benefits of such simulation.  ““It’s a powerful way for customers to validate the economics of their aircraft designs value proposition using real powertrain hardware without leaving the ground.”

Under development and with ambitious goals, VerdeGo has performance and environmental targets to hit, and it seems well on its way to doing so.