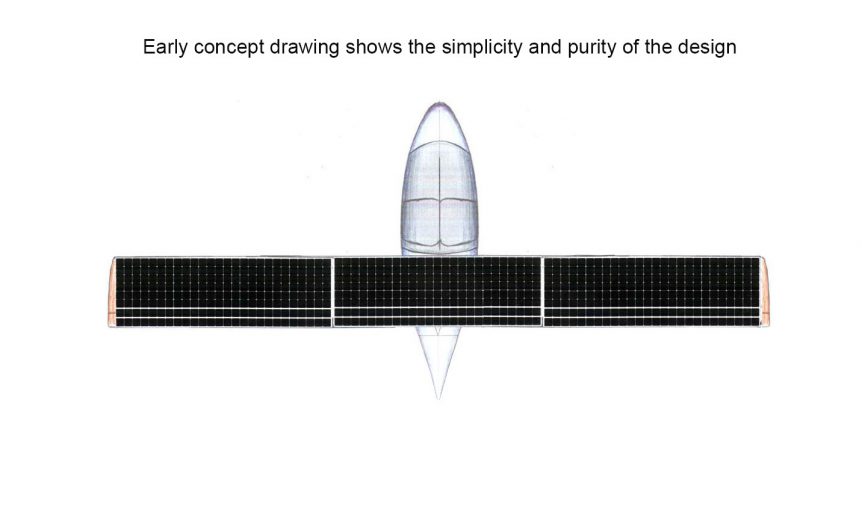 We are excited to share this press release from Eric Raymond at Solar Flight.  Being in on things at the beginning of an extraordinary new technology is something that we strive for in this blog.  We were alerted to this by Dr. Abraham Van Helsing from the Transcendental Aerodynamics Department of the University of Transylvania.  He has been advising Eric on some arcane aspects of what most will agree are nearly unbelievable propulsion techniques.

Today Solar Flight Inc. is proud to announce the roll out of its newest electric aircraft, the Monarch. 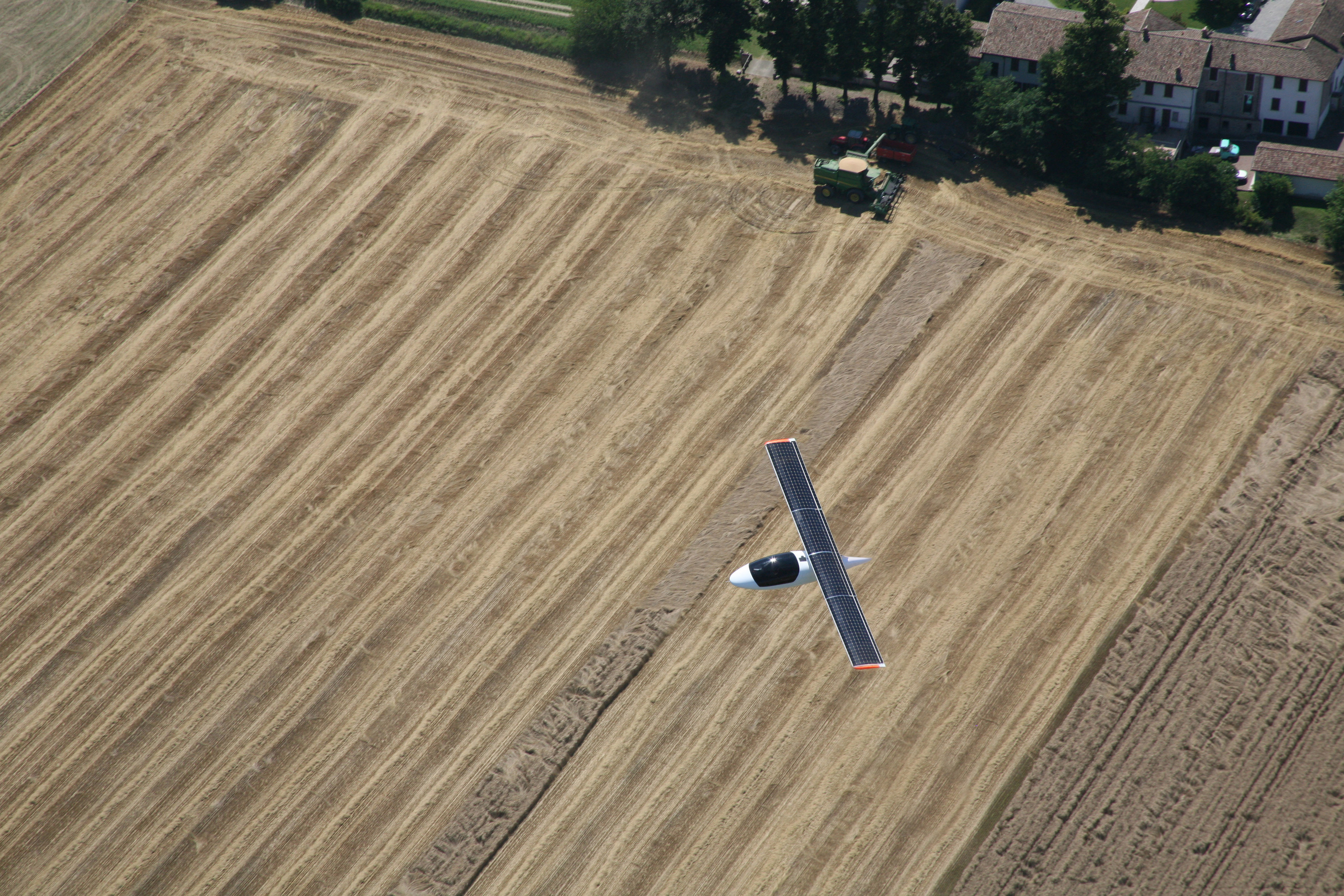 The most revolutionary aspect of the new aircraft is its lack of a propeller, or any other visible means of propulsion.

The work began when Solar Flight’s founder, Eric Raymond, became interested in research being done on boundary layer propulsion for submarines. While this has been shown to work underwater for ultra-quiet movement of submarines, conventional wisdom has held that this could not be done in air. 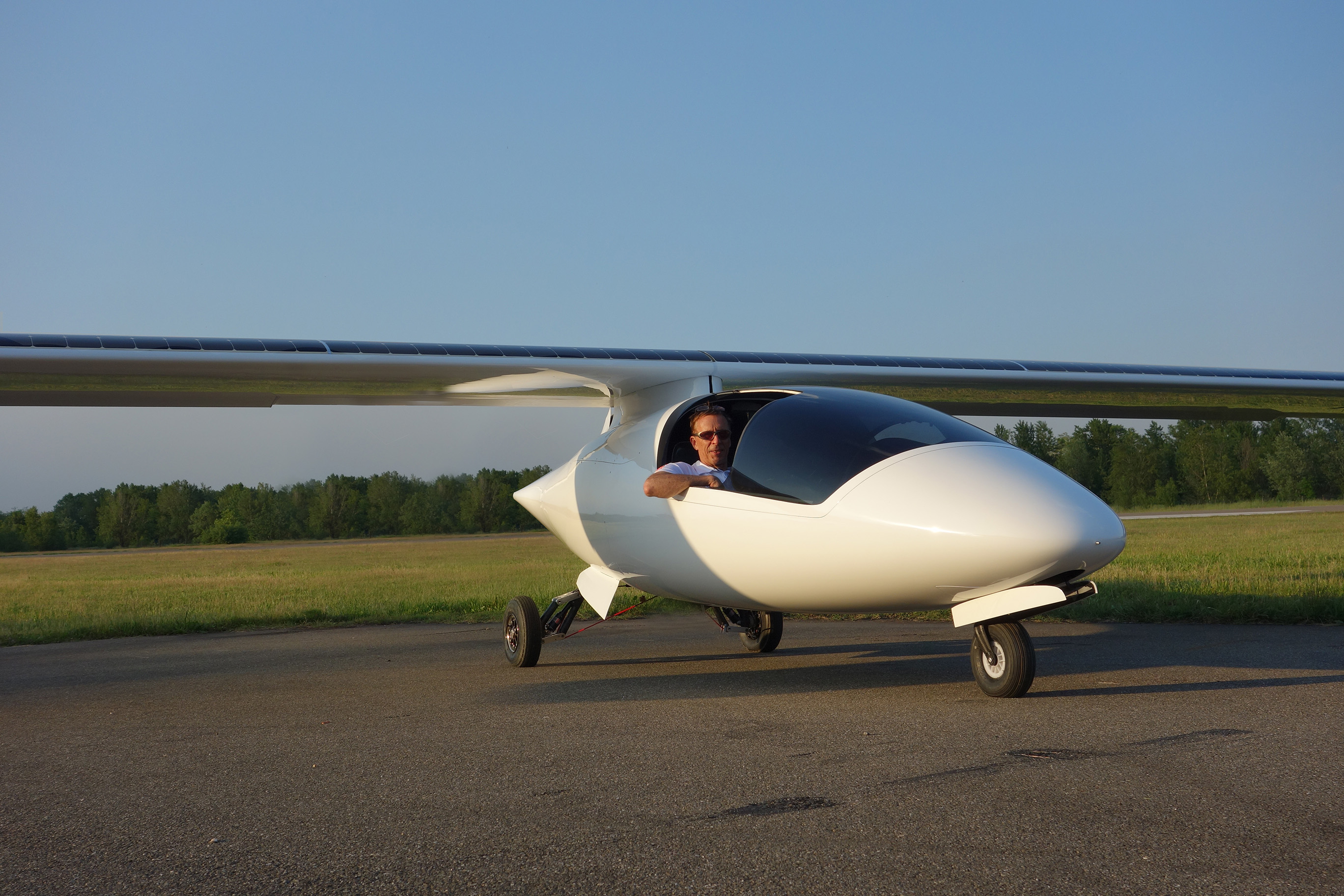 Eric enjoying the roominess typical of his other craft, unencumbered by overly long wingspan or unnecessary tail surfaces.  All that extra lift would create additional drag, after all

It was a tough nut to crack, but after small scale experiments to polarize the air near a composite surface, Raymond found an efficient way to accelerate the air nearest the surface, called the boundary layer.  This is similar to the way the bladeless fans on sale in high-tech stores work.

Another way to look at this is as a form of linear induction motor, pushing against the magnetized air.

“Since this is a very delicate form of propulsion, the first thing we needed to do was reduce drag to the absolute limit.  We did this by eliminating all un-necessary parts of the aircraft, therefore it has a tailless configuration.”

Exact details about the propulsion system are still secret, but those known reveal that a complex array of thin wires are embedded into the composite skin, on all surfaces of the aircraft.  Through these wires, carefully timed pulses of very high voltage – blips of power, are sent through the wires, which when timed properly, pulls the air along the surface eliminating drag or even reversing it, therefore creating thrust.

Mr. Raymond explains; “This opens a whole new realm of flight , once we have been able to reduce aerodynamic drag to zero, our flight speed is only limited by the propulsion system.”

Seen from below, aerodynamic simplification of the design becomes apparent

The BLP-1 Monarch carries no batteries, solar power being converted directly to the high voltage pulses that need to be carefully timed to match the aircraft’s speed through the air.

Stay tuned for news of the imminent test flight.

Please be sure to keep up with the latest developments on Eric’s web site.