Many voluminous government documents hold single paragraphs of great importance to the affected parties.  In the case of the FAA’s 322-page Draft Policy 8130(H), a few lines will probably spark intense interest in the small but growing electric aircraft community. 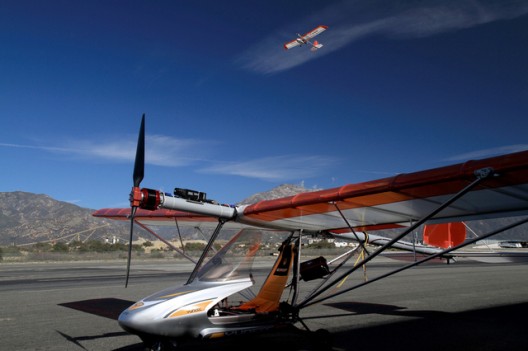 Will the single seat GreenWing International ultralight be allowed to fly?

According to AVWeb.com and verified in Flying magazine, “The FAA is proposing banning passengers from flights in electric-powered aircraft  and ready-to-fly Light Sport aircraft (SLSA) that have been converted to experimental Light Sport (ELSA) aircraft and stopping the aircraft from flying over built up areas or at night.”

The Light Aircraft Manufacturer’s Association (LAMA) cites the following and endorses an activist approach to resisting the restrictions:

“On page 293 under Clause ‘5. Procedure’ it provides a table by aircraft type for issuing potential restrictions.  The proposed restrictions that are of concern are firstly:

“c. Prohibit the carriage of passengers, flight over densely populated areas, and night or instrument flight rules (IFR) operations in the following:

AVWeb notes that, “The draft policy is sure to be a topic of conversation at Sun ‘n Fun next week and at the CAFE Electric Aircraft Symposium later in April.”

You can see the entire draft here.

Will GreenWing’s two-seater be forced to fly with a lone pilot?

Stephen Pope, writing for Flying, takes a more sanguine view.  ” The proposed revision to FAA Order 8130.2 really isn’t that big of a concern at the moment since electric-powered airplanes can’t be sold here yet — and even if they could, there aren’t many on the market.”

He goes on to note, “Plans for a would-be electric airplane market in the U.S. could be hamstrung, however, by rules that prohibit carrying passengers. On the other hand, it’s probably a prudent move until such aircraft can prove their safety in flight.”

The FAA logically demands proof of battery aircraft safety in its role as gatekeeper and public watchdog.  (Would this include hybrids such as Pipistrel’s Panthera?)  It probably won’t be long, though, before electric motors’ superior reliability and the overall safety of properly installed and monitored batteries becomes apparent.  The public will be won over by the quietness of electric airplanes passing overhead: flight schools and fixed base operators will embrace the extreme savings in operational costs for electric aircraft.  Such advantages may bring resurgence in aircraft ownership and (rules allowing) student pilot training.

Market forces often have a way of overcoming even the most well-meaning of restrictions.  Since the Federal Aviation Administration has yet to approve electric flight, the draft’s limits on LSA type electric aircraft are really moot.  Let’s see what happens as Greenwings International, Pipistrel, Eurosport, and American designers bring their new craft to the marketplace.