Rolls-Royce has made a first test flight of its ACCEL Program’s “Spirit of Innovation,” their 400 kilowatt (500+ horsepower) electric record-seeking craft.  Powered by a stack of three YASA (Yokeless And Segmented Armature) motors, the Spirit flows from Jon Sharp’s NXT design, usually powered by a 540-cubic-inch internal-combustion engine.  The video includes a short nod to Rolls-Royce’s involvement in aviation that leads to the current project.

Rolls announced the successful first flight with an important accomplishment and a hopeful prediction.  “We are pleased to announce the completion of the first flight of our all-electric ‘Spirit of Innovation’ aircraft. At 14:56 (BST) the plane took to the skies propelled by its powerful 400kW electric powertrain with the most power-dense battery pack ever assembled for an aircraft. This is another step towards the plane’s world-record attempt and another milestone on the aviation industry’s journey towards decarburization.”

The flight, made on the 81st anniversary of the Battle of Britain day, acknowledged as the turning point in that great aerial conflict.  It was a reminder that Rolls-Royce powered the Spitfires and Hurricanes that turned back the German assault.  Sent aloft from the UK Ministry of Defence’s Boscombe Down site, managed by QinetiQ, the Spirit flew for approximately 15 minutes.

An Ironic Set of Acquisitions

A note from YASA’s CEO explains the company’s recent acquisition by Mercedes-Benz.  “Operating as a wholly owned subsidiary of Mercedes-Benz, with our own brand, team and facilities, YASA will help to develop pioneering best-in-class electric drive innovations to give Mercedes-Benz exceptional performance in a new electric era.”  This means that a British company, R-R, will fly an American-designed aircraft with a German-owned, Oxford-engineered set of motors. 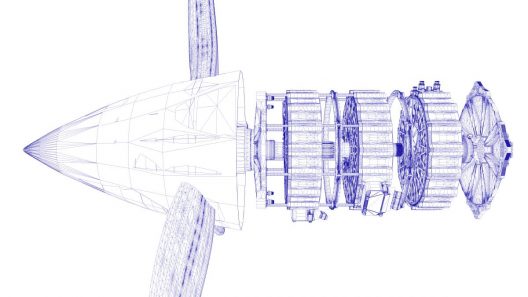 Rolls-Royce’s ownership by BMW and YASA’s by Mercedes further illustrates the now-international nature of once-chauvinistic brands.  No companies seem able to fund the development of new autos or aircraft, among other things.  Look at the opening credits on any recent movie, for instance.  The half-billion dollars required to make the initial Lord of the Rings trilogy, for instance, would have bankrupted many individual firms.  That’s why we see four or more production firms involved in anything bigger than an low-budget “indie” film. Now think of the enormous sums required to produce the next Boeing or Airbus product.

Probable tests for Spirit will include an attack on the electric airplane speed record, which will put NXT in the category of previous records set by the Supermarine S6.b, the Hawker Hurricane and the Spitfire.  Thousands of the latter two were built and both were powered by R-R Merlin and Griffon engines.  Two Merlins propelled each DeHavilland Mosquito, and four graced the wings of each Lancaster bomber.  Rolls-Royce was a large factor in the allied victory. 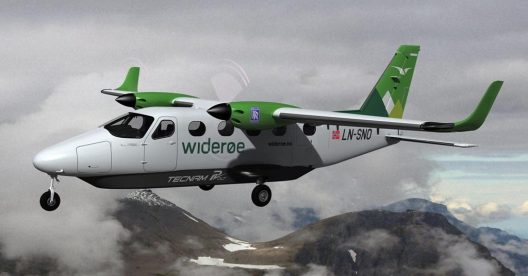 Warren East, CEO of Rolls-Royce, said. “The first flight of the ‘Spirit of Innovation’ is a great achievement for the ACCEL team and Rolls-Royce. We are focused on producing the technology breakthroughs society needs to decarbonize transport across air, land and sea, and capture the economic opportunity of the transition to net zero. This is not only about breaking a world record; the advanced battery and propulsion technology developed for this program has exciting applications for the Urban Air Mobility market and can help make ‘jet zero’ a reality.”

Business Secretary Kwasi Kwarteng explained the British government’s interest in a small, electric race plane.  “By backing projects like this one, the Government is helping to drive forward the boundary pushing technologies that will leverage investment and unlock the cleaner, greener aircraft required to end our contribution to climate change.

With COP26 (Congress of Parties) slated for November 1 in Glasgow, Scotland, Roll-Royce will be in a good place to extoll the virtues of electric flight and its manifest benefits to the environment.  Rolls will have a good number of products pointing the way in the most existential battle since Word War Two.