Aero, an annual event at Friedrichshafen, Germany, highlights the beginning of the European air show season.  E-Flight Expo has been a regular part of this for the last several years, and displays the latest in electric flight technology.  Certainly the most forward-looking part of the show, the Expo grows every year.  Several exhibitors helped further the advanced look this year.

MGM Compro showed a range of aircraft powered by its motors.  Photo courtesy of Martin Dvorsky

With at least five aircraft powered by their electric power systems on display, MGM Compro showed great market strength.  The Czech firm has 16 of its motors atop each Volocopter 200, with one as a propulsor in the tail.  Their motors power the Magnus e-Fusion aerobatic trainer, several GP gliders, the S.R.O. Song motorglider, and any number of hang gliders and paramotors.

Two former students of the Bern University of Applied Sciences, Patrick Wälti and Steven Dünki, manage the Evolaris project, with an aerobatic craft as their ultimate output.  They’ve designed and built their own 200 kilowatt, 30 kilogram (66 pound) motor, and have turned to BRUSA Electronik for the airplane’s two DMC534 inverters and the NLG664 charger.  The pair published a feasibility study within a Bachelor degree thesis entitled, “Electric drive for a motorized aerobatic aircraft” in spring 2014. 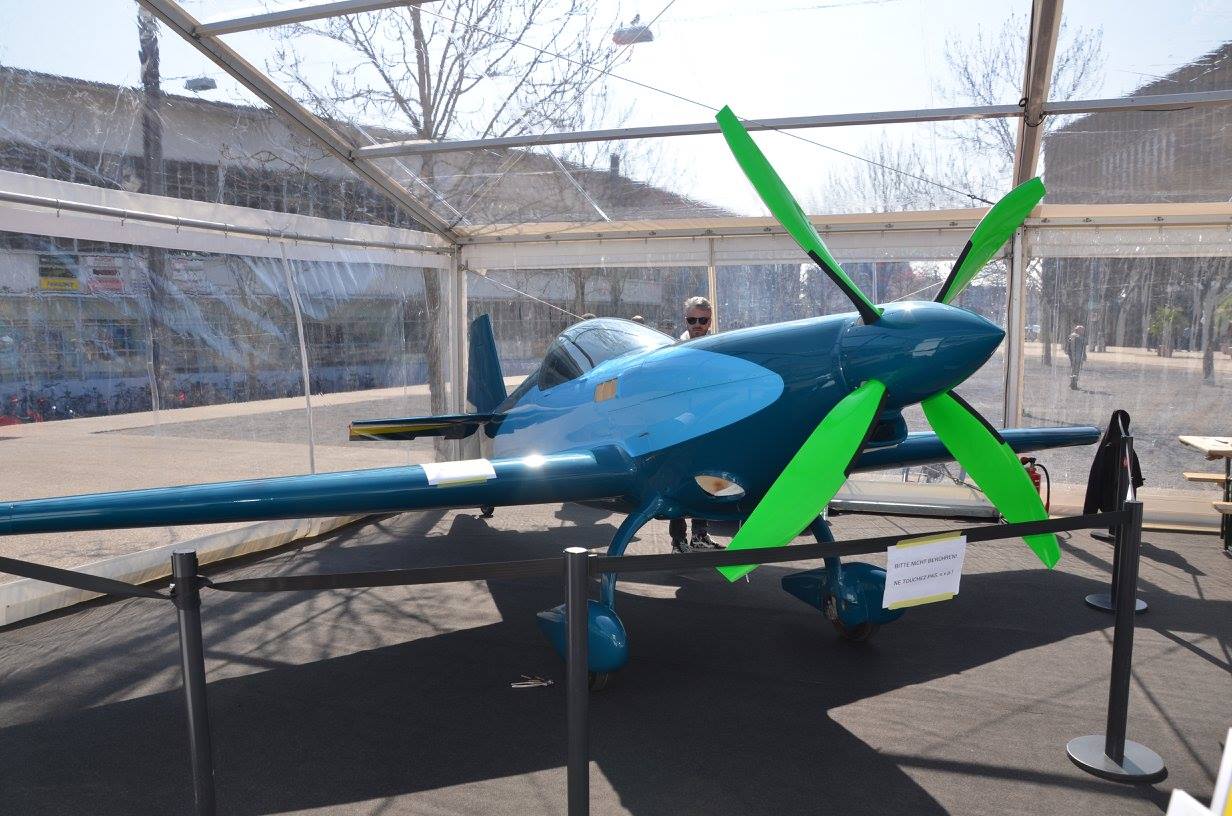 GyroMotion –Electric on the Ground, Avgas in the Air

Richard Glassock from the University of Nottingham in England reports on an interesting autogyro – fueled by mogas in the air and by electricity on the ground.

The Czech company AGN Systems Ltd. combines electric propulsion while on the ground and mogas while in the to propel their adaptation of German AutoGyro.The company explains, “Development department, co-operation with young constructors, designers, technologists and universities, all of these bring us amazing opportunities to achieve our aims that are totally out of usual perception of the society.”  Folks in Prague had their perceptions rocked by the sight of an autogyro taxiing into a parking space.  Whether this is a “flying car” or “roadable aircraft” remains to be seen. 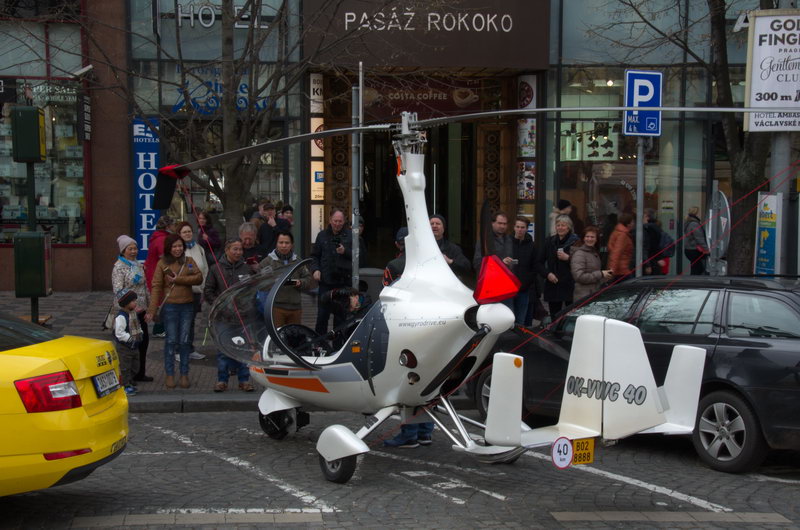 Autogyro flies on 15 liters per hour at cruise in the air, taxis around town (Prague in this case) on electric power with wheel-hub motors

Powered by a Rotax engine in the air, “The Gyromotion gyroplane will cruise at maximum air speed up to 180 km/h, burning just 15 liters of fuel at 100 kilometers,” according to AGN . Its “special” license plate allows it “to travel on the road to the airport and back” with a type B driver’s license.  You still need a valid pilot’s license to fly it, though.

Mike Friend reported for the ByDanJohnson web site on his sightings at the E-Flight Expo.  Since he once owned a Silence Twister, he was of course drawn to a vendor showing their electric version. 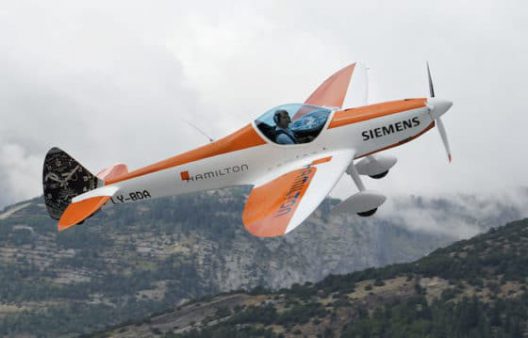 On display at the E-Flight Expo, Hangar 55’s Silence Twister showed off its magnificent graphics from the Hamilton Watch company, a sponsor of the project.  If time flies, it definitely flies on this airplane.  The little aerobat flies on about 80 kilowatts (107 kilowatts), produced by a 13 kilogram (28.6 pound) Siemens motor and 10 kilogram (22 pound) gearbox.  Batteries add kilograms (352 pounds) to the craft’s 310 kilogram (682 pound) empty weight.  With 110 kilograms (242 pounds) for a pilot and nominal luggage, the maximum takeoff weight of 420 kilograms (924 pounds) gives a weight-to-power ratio of 8.64 pounds per horsepower – in the range of other championship aerobatic craft.

Setting a record with a 15-minute flight on December 3, 2016, this conventional-looking helicopter has drawn widespread attention in the rotary-wing world.  Its public flights in Paris brought out the Secretary of the Environment and Energy, for instance.

Just these five exhibitors show that we can anticipate even greater displays in the near future.  Others had interesting things on view, and we will bring those your way soon.