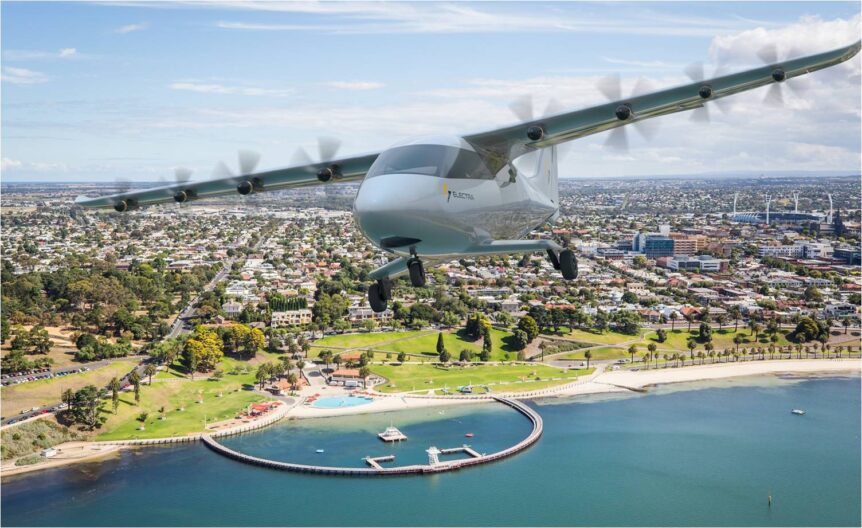 The path to green flight is paved with money.  In our transactional world, good ideas are sometimes rewarded with filthy lucre, even if those ideas are intended to clean up a besmirched world.  Several examples of clean aviation attracting solid investments follow, along with some stumbling on unexpected obstacles.

For a flying machine lighter than most of its prospective pilots, the Jetson ONE has attracted a host of followers, including the host of a late-night chat show.   Besides receiving 3,000 purchase requests in two months the firm has sold its initial production runs for 2022 and 2023.

At $92,000 a unit, 100 craft in the first year would net $9.2 million, enough to finance the simple assembly and fabrication of the machines.  A $22,000 deposit would discourage idle gawkers, although Internet views exceed 14 million.  Keeping it simple allows reasonable progress to the next level.

Opener claims over 36,000 flight hours in 5,000 operations for its apparently well-tested Blackfly.  Like the Jetson ONE, it’s an ultralight, enabling operation with operators lacking a pilot license.  It’s also more of an all-weather, even amphibious machine, enclosing the aviator in a carbon-fiber cockpit.  Both machines dispense with landing gear, simplifying the structure and lightening the load.

Unlike the ONE, Blackfly will come with a price between that for a Robertson R22 helicopter ($318,000 – or used, in the $200,000 range) and a “top of the line” RV (millions).  No customers as yet have a Blackfly, and Opener is not taking deposits.  You can sign up to be on their mailing list, however.

Noted in a video that included Blackfly, the company has a surprising number of wings and other components ready to assemble.  One wonders (and can hope) if the price would drop if mass production commences.

eHang’s 216 is another machine with demonstrated capabilities, “Based on more than 30,000 safe trial flights of EH216-S that have been accumulated.”  eHang intends to continue tests in China, and has been making flights in Spain recently, “Under the European Union (‘EU’)’s Air Mobility Urban – Large Experimental Demonstration (‘AMU-LED’) project, as one of Europe’s largest Urban Air Mobility (‘UAM’) demonstration projects.”  Recently, Indonesia’s Prestige Aviation made an order for 100 of the sixteen-rotor, two-passenger machines, eHang’s largest single order so far.

eHang stock fell last February when a stock analysis group that specializes in short selling advised that the company was “an elaborate stock promotion,” causing eHang’s share price to fall from a January 1, 2021 high of  $66.363 to a current $4.02.

As Nerdwallet.com explains, “Short selling is when a trader borrows shares from a broker and immediately sells them with the expectation that the stock price will fall shortly after. If it does, the trader can buy the shares back at the lower price, return them to the brokerage and keep the difference as profit.”  Such trades are fraught with risk, and your editor tends to shy away from the market anyway.  Enemies of Tesla’s success have tried shorting the firm for several years, but Elon seems to be winning at this point.

In the meantime, despite the losses, eHang continues to build flight hours and sales.  Whether their growth outpaces their financial losses will have a great deal to do with the company’s eventual success.

In another nod to financial realities, Ampaire, so far making hybrid conversions of existing utility aircraft, lost its purchase bid from Surf Air, its acquisition announced in February last year – around the time eHang was shorted.  Surf Air decided not to continue in the amalgamation, and Ampaire now seeks new funds elsewhere.  It’s doing development work with ARPA-e, and should find new customers among subscription flight services that compete with Surf Air, or small regional airlines.  The economy of operation offered by hybrid power systems should encourage small operators, and the reduction of noise from electrically-driven propellers should delight those living near airports.

Surf Air’s Facebook page notes the possible use of hybrid-powered Cessna Caravans from Cessna.  Ampaire has been working on a Grand Caravan conversion of its own.  Again, investors must find the new craft economical, reliable, and possessing environmental credibility for future operations.

Three recent sales highlight Lilium’s moves in the global market.  Saudia, the national airline of Saudi Arabia, will purchase 100 Liliums to build an eVTOL network across the country.

Flying reports the usual sticky wicket, though.  “The proposed deal is subject to a feasibility assessment and additional agreements and conditions.”

Michael Wildes reports in Flying that “GlobeAir is a European private jet operator with service to 900 airports.”  They intend to purchase 12 lilium Jets, “To provide premium and business eVTOL flights to its customer base in the French Riviera and Italy.  They will fly airline passengers to and from airports, eliminating one tedious part of the flight experience.

Another, $1 billion deal with Brazilian airline Azul for 220 more craft indicates Liliums cost about $4.5 million each.

Cleantechnical reports, “A few days ago, the company announced that Germany-based EVIA AERO has signed a Letter of Intent (LOI) for 25 all-electric commuter Alice aircraft. The airline intends to use Alice as its primary aircraft for point-to-point, sustainable regional travel within Germany, Denmark, Belgium, Austria, and the Netherlands.”  Add this to the 75 Alices promised to Cape Air, the 50 to Global X (Crossings), and the 12 cargo versions destined for DHL, and Alice, if not in Wonderland, is gaining a reasonable financial footing.

With its initial test flight out of the way, Eviation’s crew can work on improving different aspects of the airplane and expand its flight envelope.  Clients will be doubtless by hopeful that CEO Gregory Davis’ analysis that Alice can reduce the average operating cost per hour for a business jet from $3,000 by 90 percent.  For regional operators, that could help lure more customers for competitive fares.

Alfredo Lisdero, President of Welojets, adds an operational note.  “We plan to fly the Electra eSTOL aircraft into existing airports as well as use it to expand our operations into new markets that cannot be served currently with traditional fixed wing aircraft.  Thanks to the Electra aircraft cost and performance advantages, we see many opportunities to grow our services throughout Europe and Latin America.”

Most aviation contracts don’t pay off until a working, flying example has demonstrated the agree-on performance the client demands.  All the big numbers and anticipated production may fade away without a practical reality readily available.  We won’t count our aeronautical chickens until they’re fully hatched.